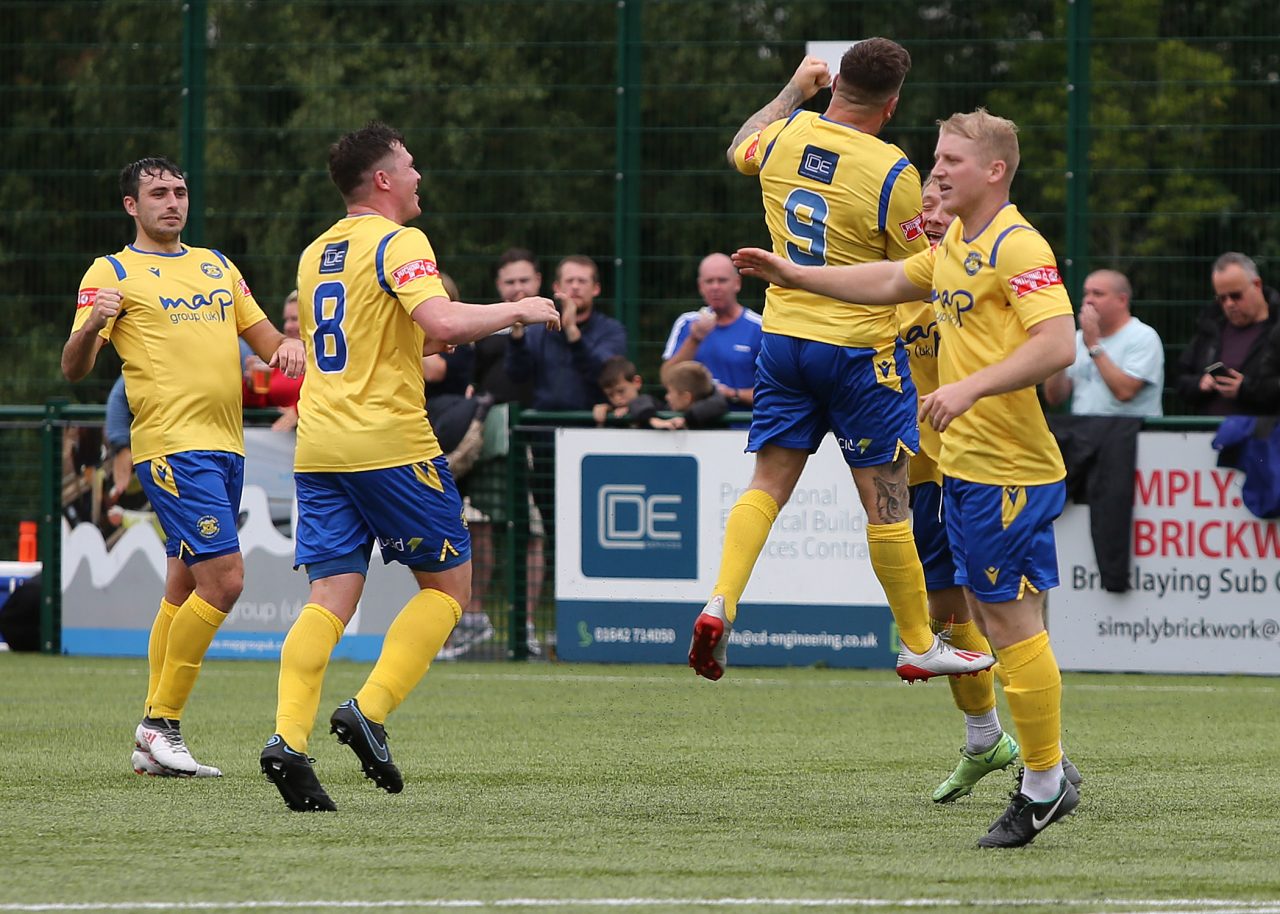 Jamie Owens fired Stockton Town into the First Qualifying Round of the Emirates FA Cup after a 1-0 win at home to Ossett United.

After an entertaining first 45 minutes, where both sides were comfortable in possession and created chances, the Anchors came out on top in the second-half.

Lewis King’s cross from the right side was headed home by Owens in the 56th-minute to break the deadlock.

Adam Nicholson sent a volley crashing against the bar with six minute to go, while Callum Roberts made a crucial save in injury time to keep out James Walshaw.

The Anchors are in the hat for Monday’s draw, and they return to action on Tuesday evening when they travel to Bridlington Town.

Manager Michael Dunwell made just one change from the side that beat Hebburn Town on Wednesday, with Callum Roberts coming in for Lewis McDonald.

With just three minutes on the clock, Kev Hayes beat his man out wide and his overhit cross was gathered by King on the right.

The full-back found the driving run of M.Roberts, who burst inside and sent a shot just wide of the post.

Jonathan Franks curled an effort wide of the target in the 16th minute before the Anchors created a great opening when Hayes cut the ball back for Owens and the striker’s first-time effort went wide.

Just a minute later, Max Dearnley rushed out to head a long ball clear, but instead found Owens, who attempted the most audacious, but spectacular lob from 40-yards out, which went just over the bar.

At the other end, Ossett went close as Harry Gagen threaded the ball to Tabish Hussain. The Pakistan international looked to have a clear sight at goal, but King make a terrific goal-saving block to deny the visitors.

On the half-hour mark, Stockton were denied by a world-class save as Hayes pulled the ball back to Franks, whose effort was tipped away from point-blank range by Dearnley.

After a goalless first-half, the Anchors come out an asserted themselves from the get-go, with Franks firing narrowly over on the half-volley on 48 minutes.

Stockton took the lead in the game before the hour mark, after a quick break forward punished the opposition. M.Roberts pinged a delightful pass out to King on the left, who followed up with a pin-point cross, which was headed home by Owens – his first goal of the season.

The Anchors continued to control possession and almost had a second as Tom Portas’ header was saved by the Ossett ‘keeper.

Heading into the final stages of the game, Stockton remained in control and should’ve put the tie to bed with three good chances.

Firstly, Nicholson peeled off his marker and volleyed against the crossbar from inside the area, while the Stockton captain went close with a header before substitute Sam Conway – making his first senior appearance – was denied by a goal-saving block inside the penalty area.

Callum Roberts, making his first start of the season, kept the Anchors ahead with a sublime save. Walshaw’s effort was heading towards the bottom corner, and the Stockton ‘keeper managed to get his finger-tip to the ball.

Walshaw was the quickest to follow up after the ball come back out, but squandered a glorious chance, sending the rebound wide of the far post.