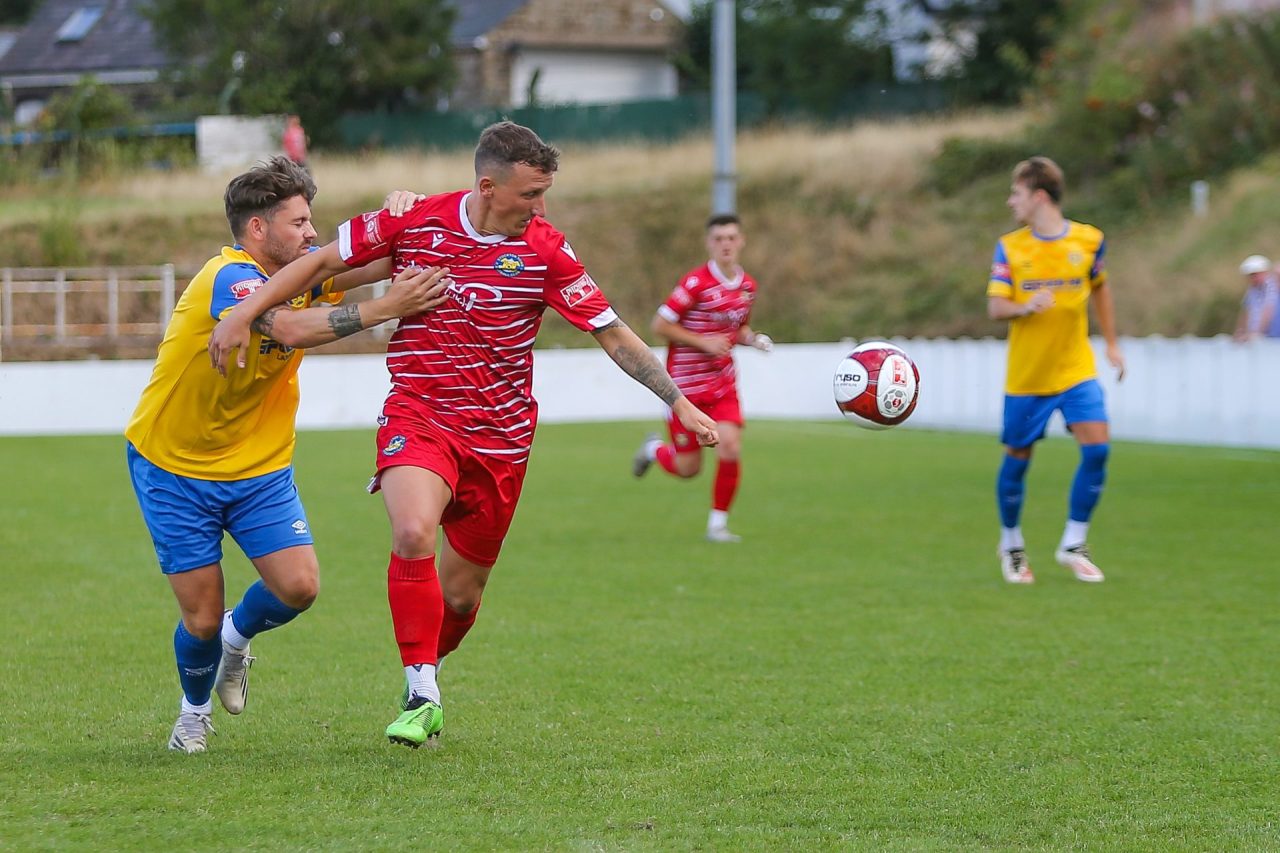 Elliot Murray gave Stocksbridge the lead midway through the first half before M.Roberts levelled for the Anchors just two minutes later..

In the second half the game looked only to be heading for a draw until M.Roberts popped up with a thundering header to send Stockton away with all three points.

Michael Dunwell made three changes to the side that beat Hebburn Town 2-1 with goalkeeper Callum Roberts, Elliott Beddow and Mikey Roberts coming into the side.

The game’s first chance went the way of Stockton with Nathan Mulligan testing the goalkeepers palms with a half volley from range.

Stockton dominated the early proceedings and had plenty of corners. A corner from Mulligan was headed across by Tom Coulthard but Beddow could not find the purchase to fire home.

Minutes later Stocksbridge missed a gilt-edged opportunity when Ross Goodwin could not reach enough to convert a low cross from the left.

Stocksbridge then struck the opener after 25 minutes when Tomas Poole’s freekick from the right was headed in off the bar by Murray.

That lead was short lived and Stockton levelled when M.Roberts scrambled in a corner from close range.

Stockton almost took the lead but Mulligan’s freekick radar was slightly off as he sent a 25-yard one narrowly wide.

The end of the first half saw Stockton forced into their first change of the game as Stephen Thompson limped off with injury and was replaced by Liam Cooke.

The second half was much more quiet affair. Stocksbridge had the first chance when Goodwin fired across goal and just wide of the post.

Callum Roberts then had to be alert to hold a header from Charlie Oglesby.

Stockton were forced into the substitution just before the hour mark when substitute Liam Cooke when down with injury. He was replaced by Tyrone O’Neill for his debut.

The game looked set for draw until the final minute of stoppage time when Mulligan’s freekick was emphatically headed in by M.Roberts.

Stockton Town now face home game with Shildon on Monday to round off the Bank Holiday Weekend.

Subs Not Used: O’Connor, Prior