Another solid win today for the Anchors making it seven League victories in a row and the clean sheets continue to mount up. A typically scrappy game at times in a strong breeze and on a less than perfect surface but Stockton keep coming up with the answers whatever the conditions or type of game, an extremely rare goal from Keeper Roberts, a Woodhouse header and a settler from Nicholson after an hour was enough to take all 3 points and extend the lead at the top of Division 1

The bobbly pitch wasnt helping either side to play football and it was a frustrating opening period for everyone, RCA caused problems with a long ball and a scramble in the box was coolly tidied up by Jordan Robinson.

Owens held the ball up well on the edge of the box and rolled it to Franks who shot wide with his left foot after a nasty bobble on 15 minutes.

The first goal came from an unexpectedly rare source. Nathan O’Neill after been given a life by the ref, fouled again and got the card he deserved, Stockton pushed up and Keeper Callum ROBERTS fired the free kick up the pitch RCA keeper Dean misjudged the flight and backed off but went too far and by the time he got his hands on the ball it had crossed the line. 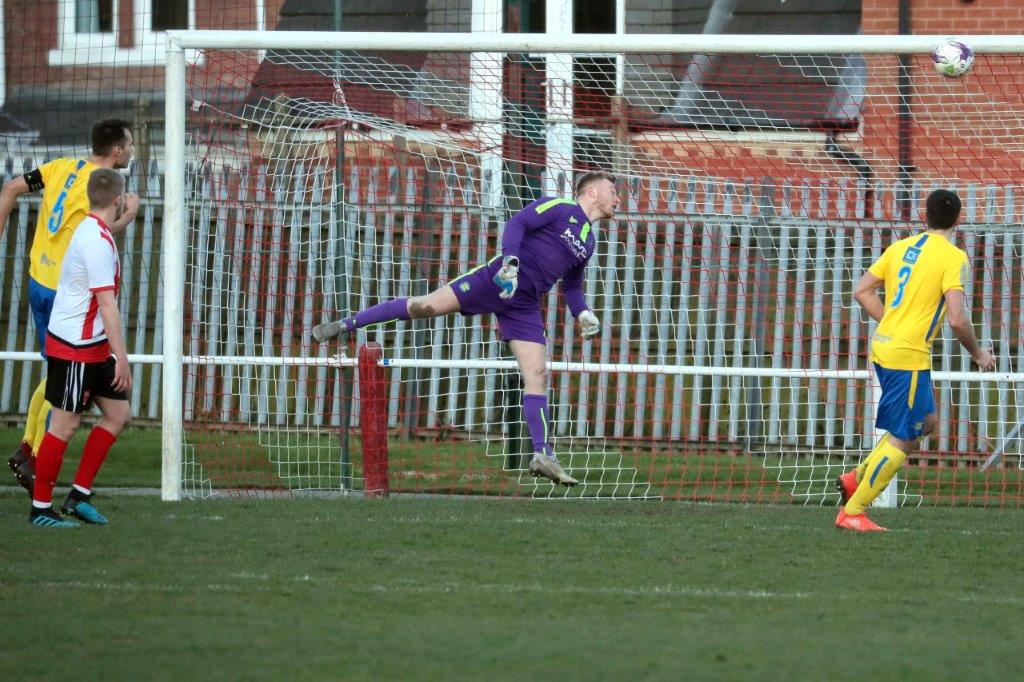 Callum Roberts doing his day job after opening the scoring

RCA had a little spell of pressure as the Anchors seemed to lose concentration for a few minutes but the defence was as solid as ever and Coulthard blocked a shot and Roberts collected Elliots low cross well at his near post.

It wasnt long before the Anchors were back on the front foot and a barrelling run by Owens was brought to an abrupt halt by Clayton Davis right on the 18 yard line. Jono Franks curled the free kick just over the bar

Franks was crucially involved in the second goal on 38 minutes, a nice patient passing move involving several players found McWiliams pushing down the left he played it into the path of the ex Boro star and he flighted a perfect cross in and Fred WOODHOUSE headed it home from close range to make it 2-0. 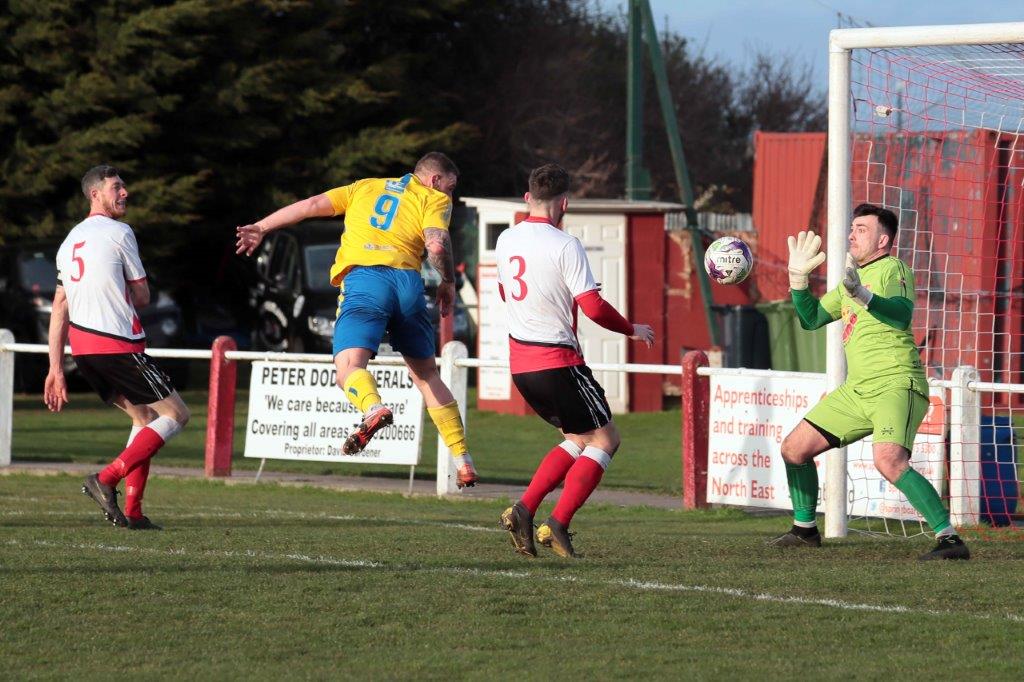 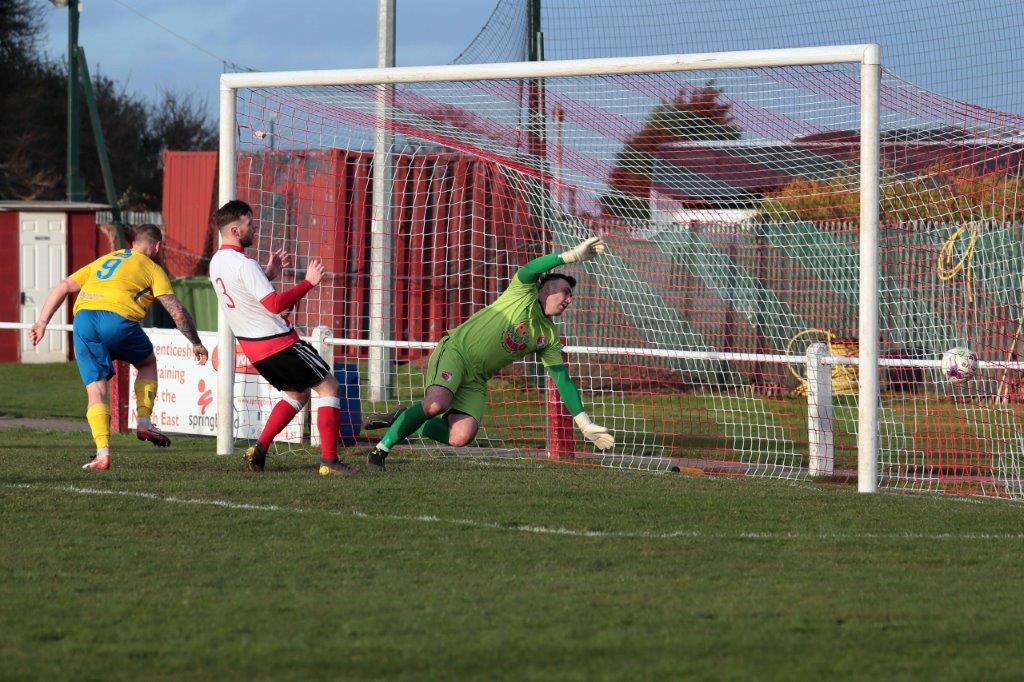 Second half saw RCA pushing to get back into the game and they played to their strengths bombarding the back line with high balls, O’Neill had a good chance to score but headed wide on the stretch.

Stockton were slick on the break though and Jamie Owens was involved hitting the post from a tight angle and then firing in a good cross that evaded everyone .

The third goal came from more good work by the striker as he turned and smacked in a shot that stung the hands of Deans in the RCA goal. From the resulting corner it fell to Mikey Roberts who fired it back across goal and Adam NICHOLSON turned it into the goal from a couple of yards out to pretty much sew up the 3 points after 60 mins. 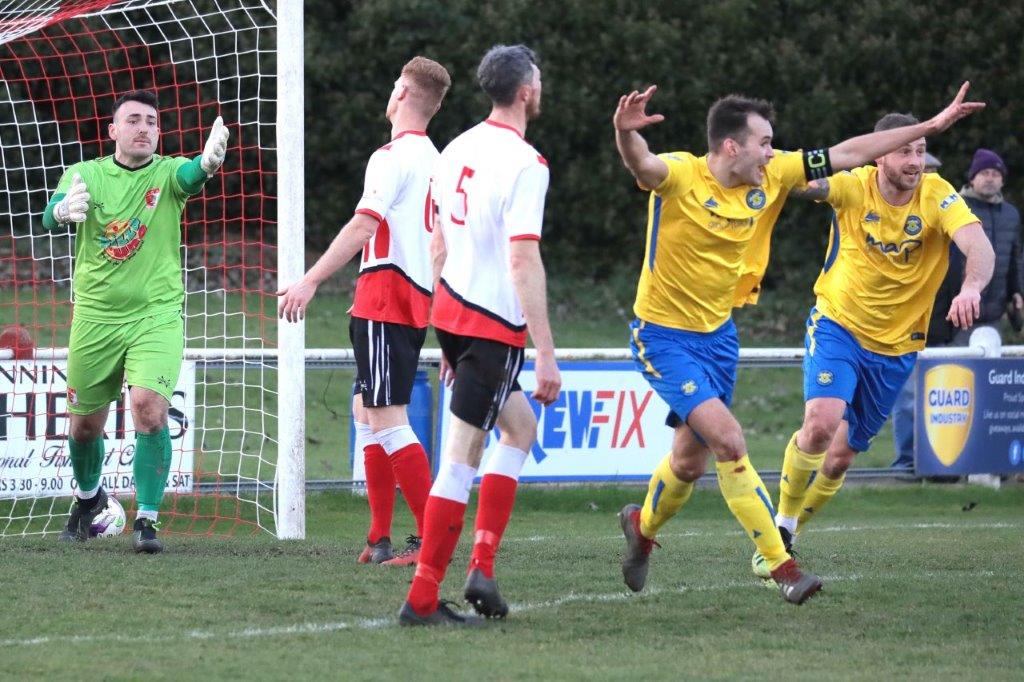 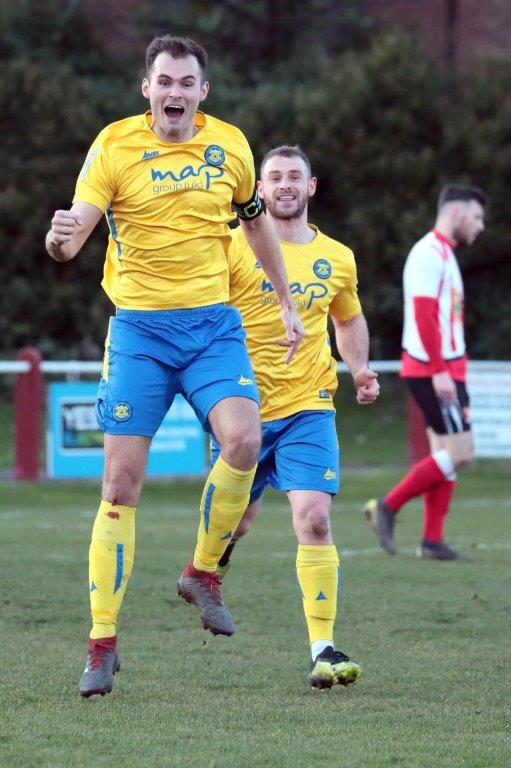 The Anchors saw out the last half n hour in the same confident assured way as they’ve been doing all season. Owens had Dean scrambling to save at his near post as he was denied again as Swansbury almost turned the ball into his own goal after Craggs lovely pass had released him. 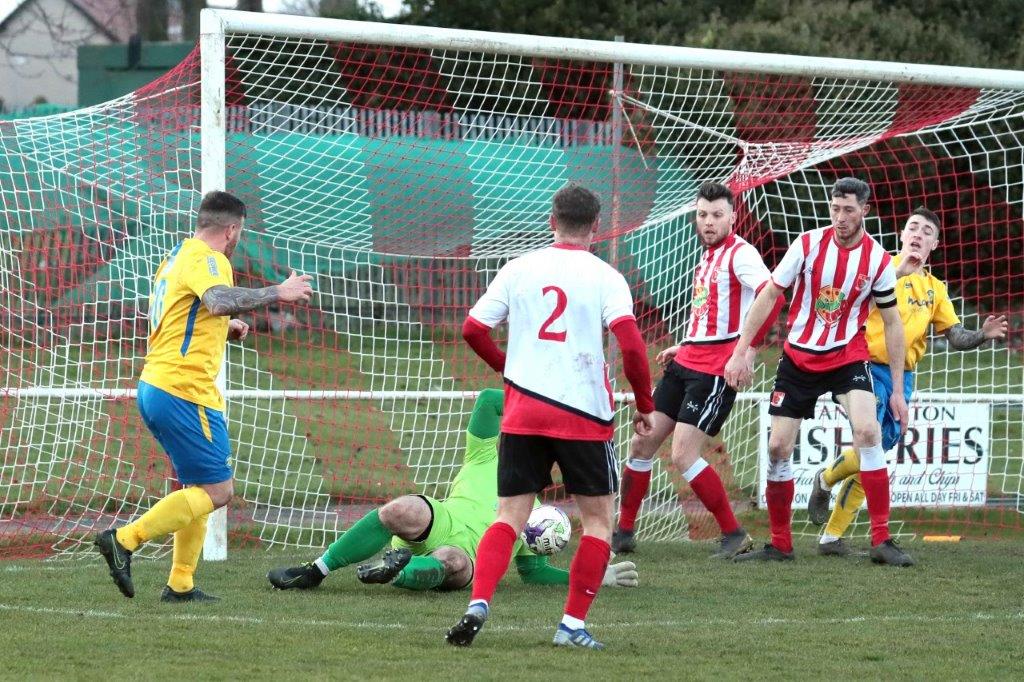 Another pretty satisfying afternoon for the Anchors as they continue to press towards promotion. Great displays from Portas and Robinson in midfield Franks showed his class again and the defence is looking like the supporters song about them is pretty accurate. Callum Roberts takes the MoM for his spectacular goal.

No midweeker again for the Anchors and next up Newcastle Benfield at home, confidence couldn’t be higher atm as the season goes from strength to strength, still a lot of work to do and no one is getting complacent but you cant help thinking ahead.