Stockton Town rose to the top of the Northern League for the first time this season with a 4-0 win over a game Thornaby side in a bank holiday derby clash.

The win maintains Stockton’s 100% start to the league campaign but they were made to work for the three points in sweltering conditions at Teesdale Park.

A Kevin Hayes brace was complimented by goals from Nathan Mulligan and Mikey Roberts in a contest in which the home side more than played their part but were made to pay by a clinical Anchors outfit. 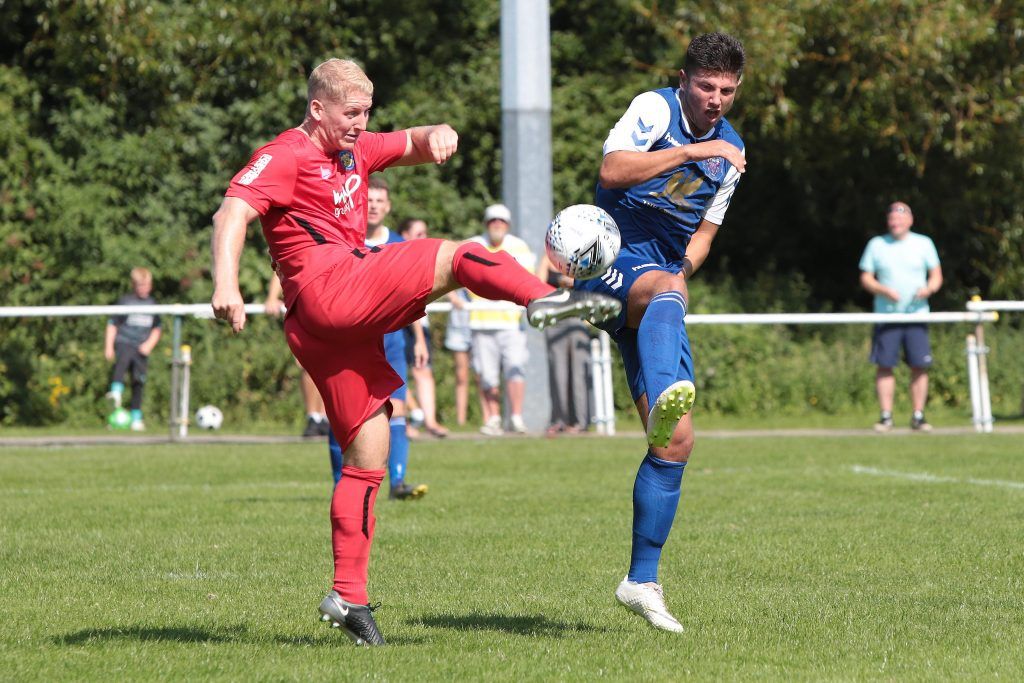 With captain Adam Nicholson unavailable, Stockton were forced to shuffle the pack with Jordan Robinson slotting into defence whilst Nathan Mulligan and Tom Portas once again manned the middle of the park.

It was the home side who enjoyed the brighter start to the game and had opportunities to lead inside the opening twenty minutes. With just a quarter of an hour on the clock, they would have been ahead had it not been for an outstanding piece of defending from Dan McWilliams. Ben Jackson raced past Lewis King down the left and cut the ball across the face of goal to Lewis Green. The midfielder seemed certain to score but took a touch too many in the middle of the Anchors box and McWilliams came sliding in to block the shot. 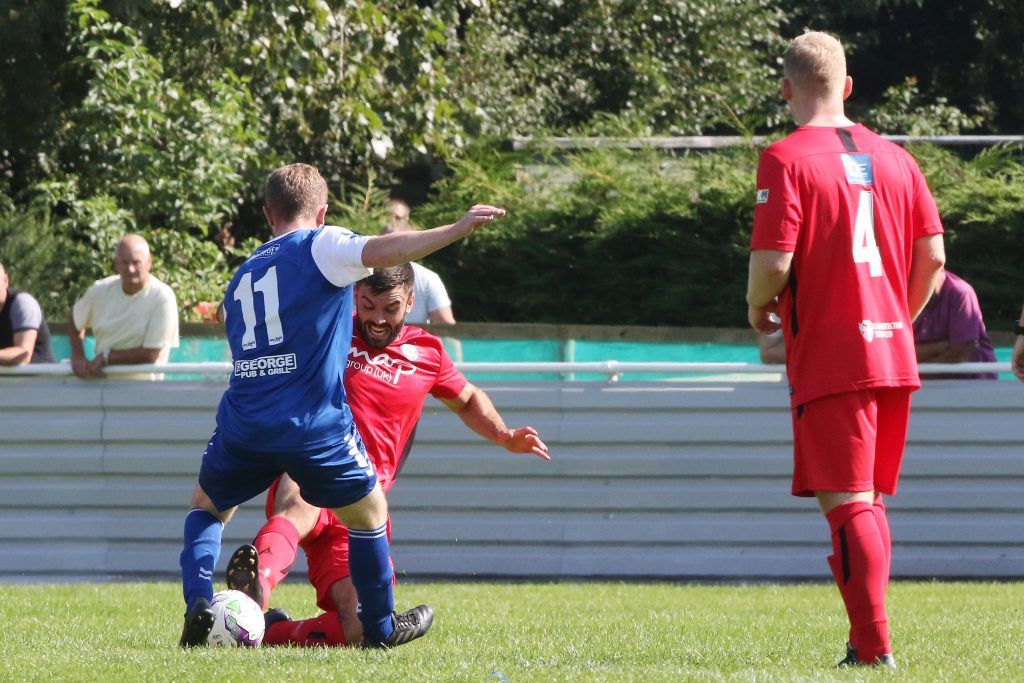 With just under twenty minutes played, the home side would go closer still. Again it was Jackson causing problems down the left. Rather than looking to pass this time, he cut in from the left before seeing his shot beat Callum Roberts but cannon back of the upright. 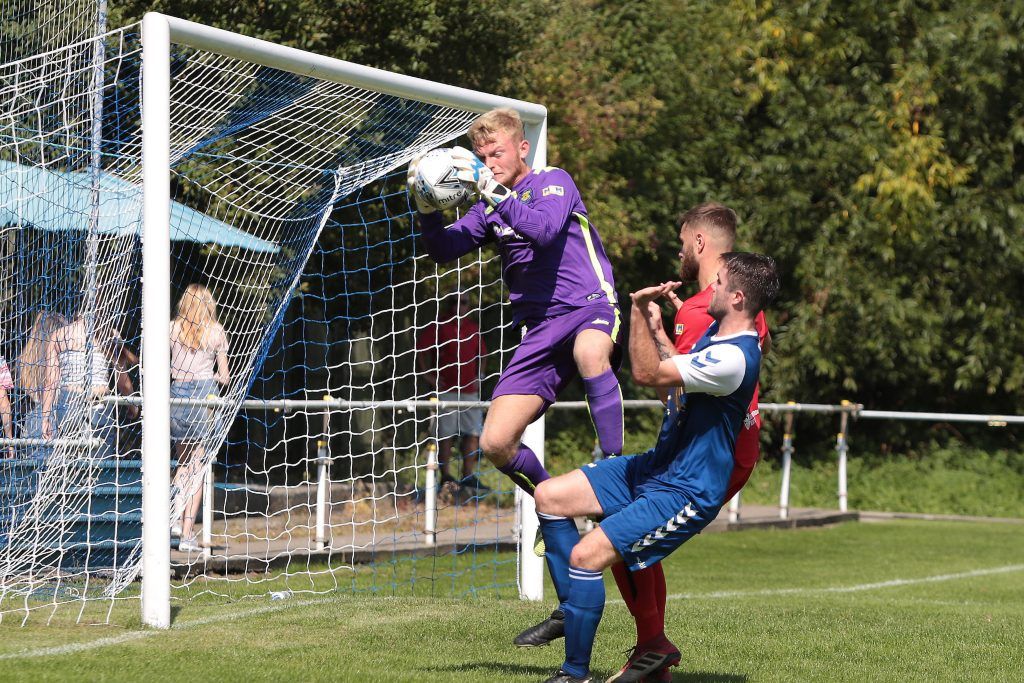 The heat was a challenge for both sides but there was the feeling that the home side needed to take one of the chances they were creating. Another opportunity was denied by an outstanding piece of goalkeeping by Roberts. The Anchors stopper showed an excellent starting position to beat Lewis Murphy to the ball when it appeared as though the Thornaby man had a free run on goal. 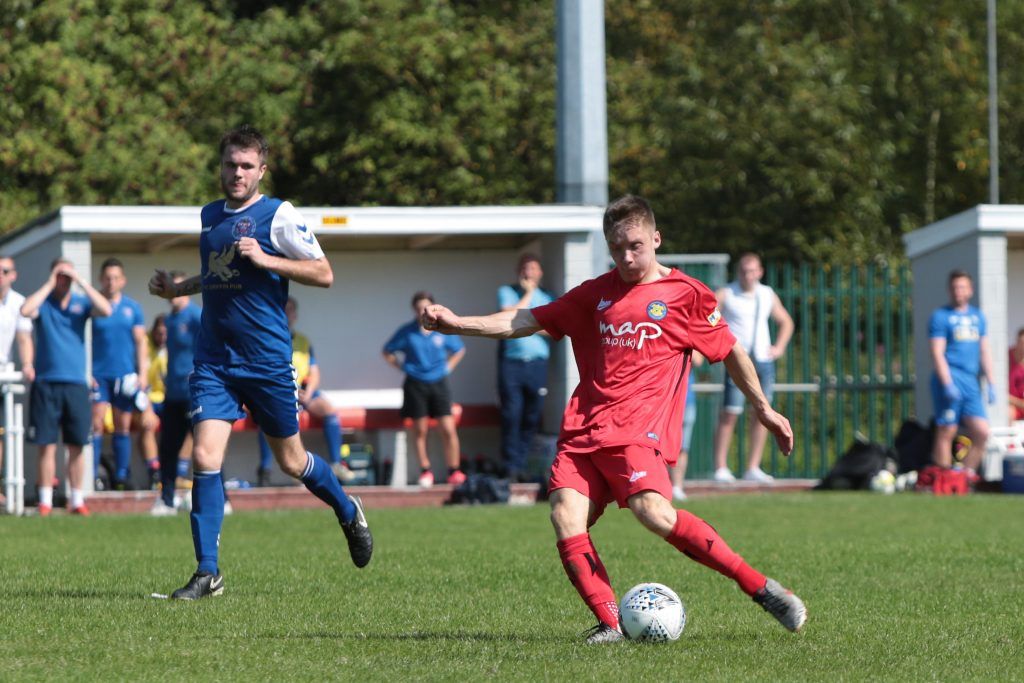 Inevitably, the hosts were made to pay when a moment of brilliance from Hayes broke the deadlock. The winger has already scored some spectacular goals from range in the fledgling season so far but this would prove to be right up there with the best of them. He showed a great touch to bring the ball under his control before unleashing a fierce left footed effort from outside the area that bent and dipped and ultimately left James Dawson with no chance.

If the home side were disappointed to think they were going in a goal down, they would have been distraught when Stockton struck for a second time in first half injury time. Mulligan showed good control to create a yard of space for himself on the edge of the Thornaby area. His low right footed strike beat Dawson and nestled in the bottom right corner for his third goal in two games. 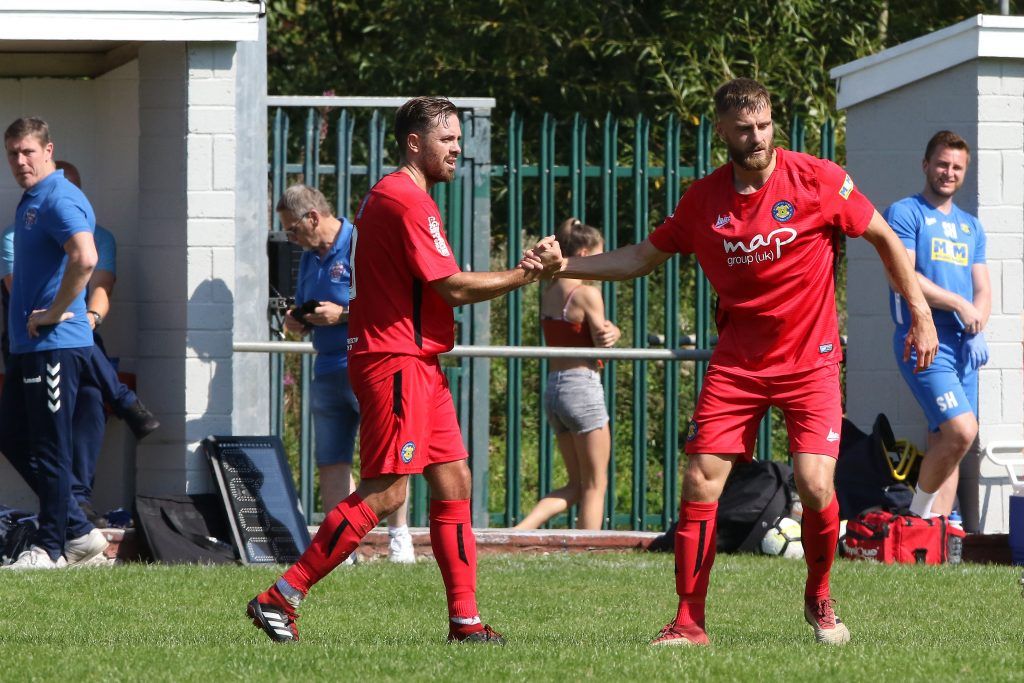 Thornaby started the second half brightly and had a golden opportunity to halve their arrears when two former Anchors combined. Joe Posthill switched to the left when the lively Jackson went off at the interval and he got beyond King to cross low into the box. Joe Scaife-Wheatley reacted quickest to the cross and prodded a low effort from close range that just trickled the wrong side of the post.

With Stockton defending their lead well, they limited the opportunities for the home side and demonstrated excellent game management before they eventually killed the game in the final ten minutes. The Anchors broke down the right and Hayes surged into the area before chipping the ball over Dawson and into the far corner from the tightest of angles to confirm the points would be heading north of the river. 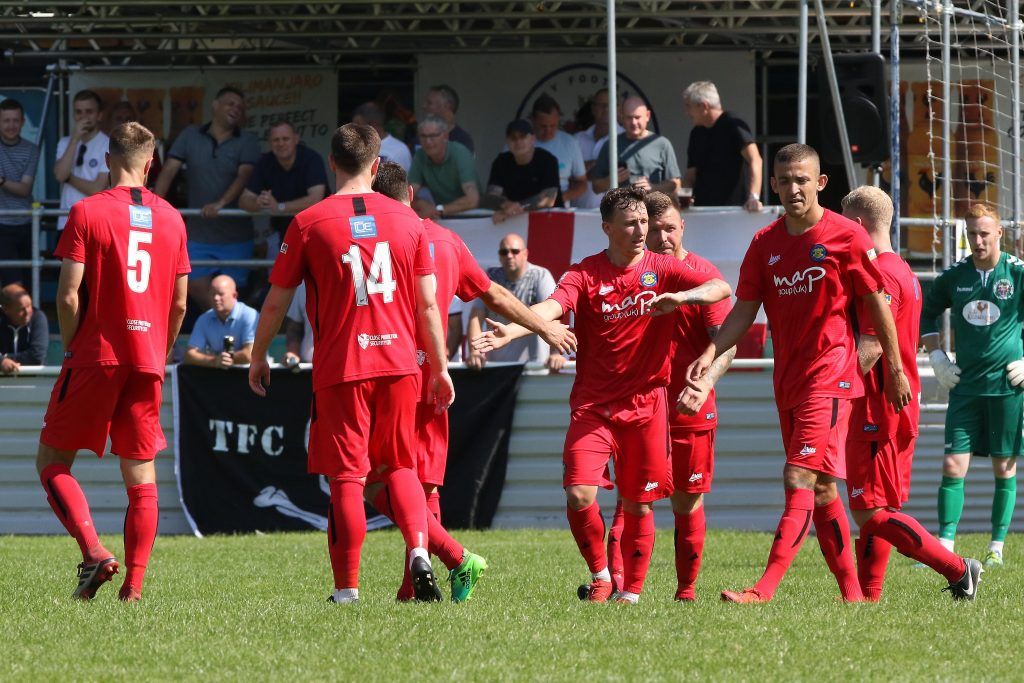 An Anchors fourth would come just two minutes from time with a classic counter attack. With the home side throwing bodies forward, Stockton broke at pace through substitute Roberts. The forward showed great acceleration to leave the tiring defence behind before finishing clinically beyond Dawson to put the icing on a win that would send his side to the summit of the Northern League for the first time this season.