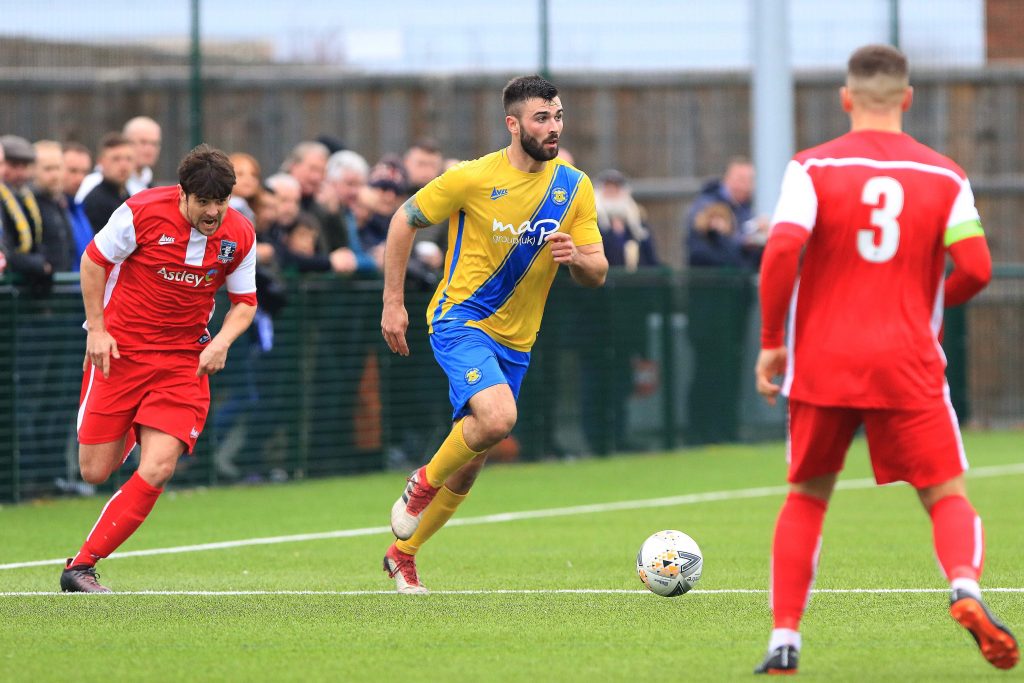 The Anchors were well matched with Dunston for large parts of the contest and weren’t without their own chances but it was the clinical finishing and organisation of the champions that saw the points head back north. 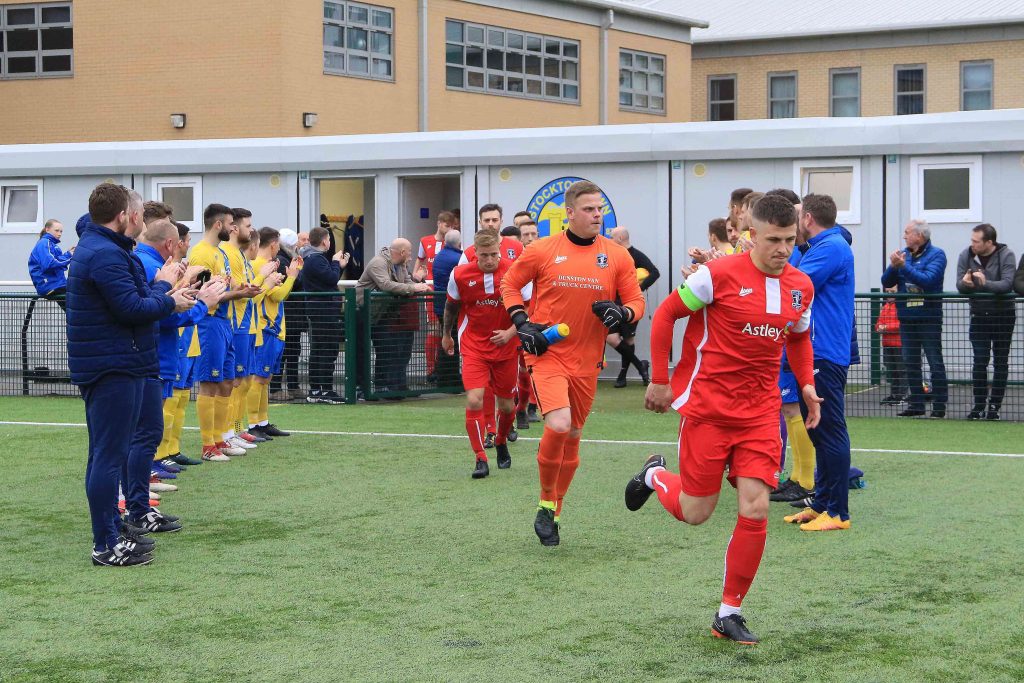 Chances were at a premium in the first half as both sides matched up closely in the midfield. The first real effort came after a quarter of an hour through an unlikely source. The play opened up for Jimmy Ward, straying out of defence. He decided to chance his luck from range and the bal bounced up in front of Karl Dryden making it an awkward save but he managed to scramble the ball wide.

Dryden’s opposite number would be called upon five minutes later as Michael Arthur had to be alert to maintain parity. Scott Heslop was played through on goal with hints of offide. The flag stayed down and Arthur produced an excellent save. 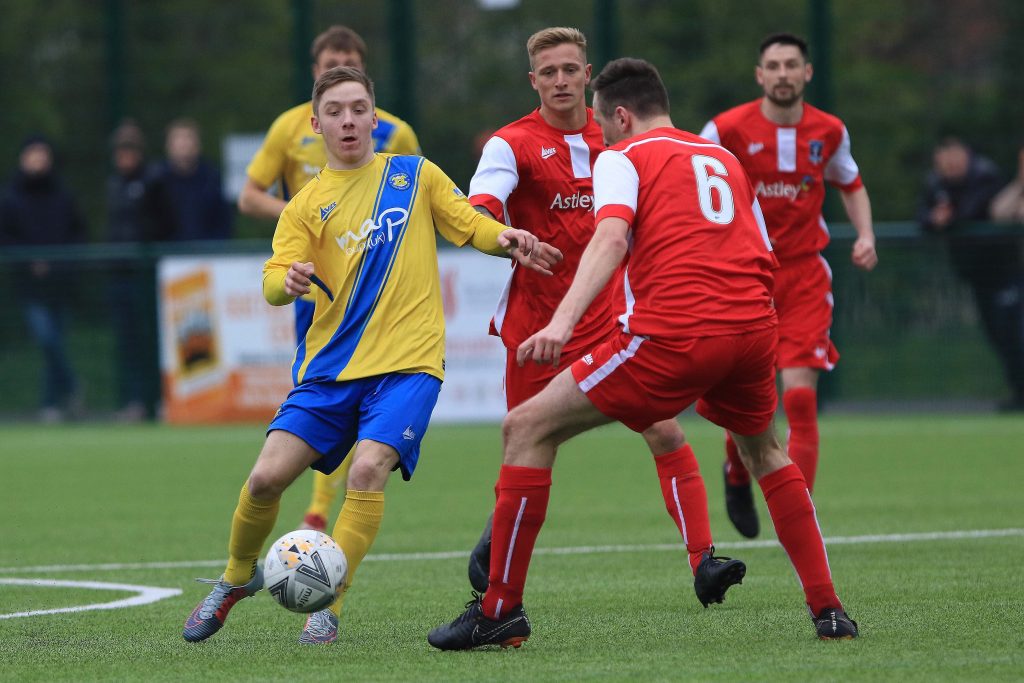 Stockton would go close again just before the interval. Mikey Roberts collected the ball on the right and cut in towards the edge of the box. His strike deflected wildly causing problems for Dryden and the visiting stopper did well to keep the effort out. 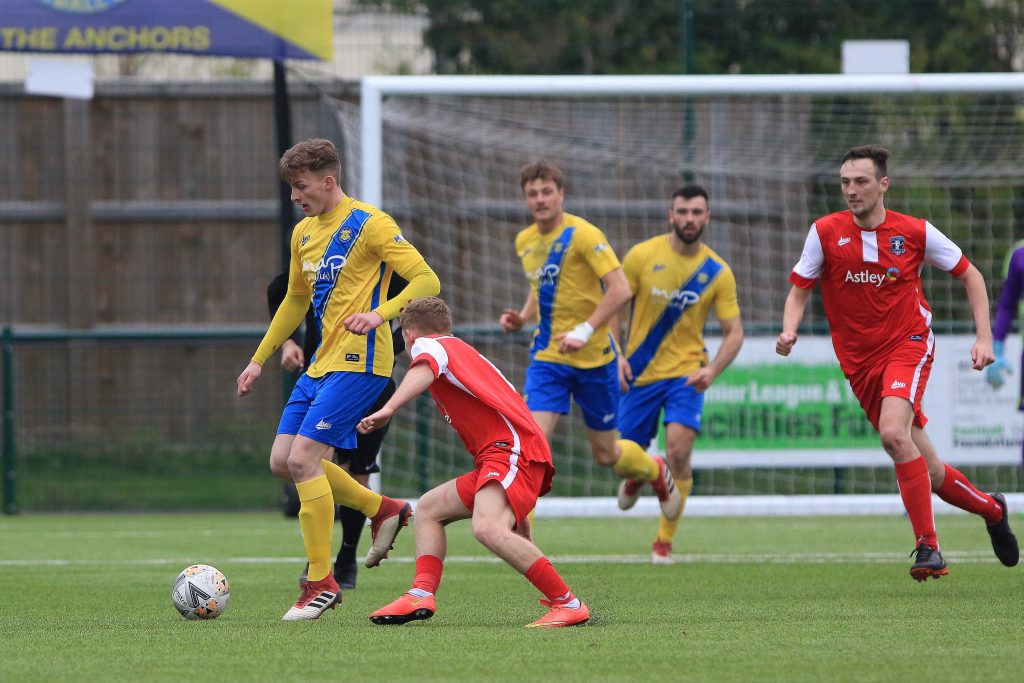 The deadlock was eventually broken in first half injury time and it was Dunston who hit the front. Jack Elliott send over an inviting cross from the left and Mark Fitzpatrick volleyed home with venom to give Arthur no chance.

The Anchors’ best chance of the game would come ten minutes after the restart. Max Craggs whipped over a free kick from the right touchline that found Fred Woodhouse unmarked in the area but he couldn’t connect as he’d have liked and he sent his header wide of Dryden’s right-hand post. 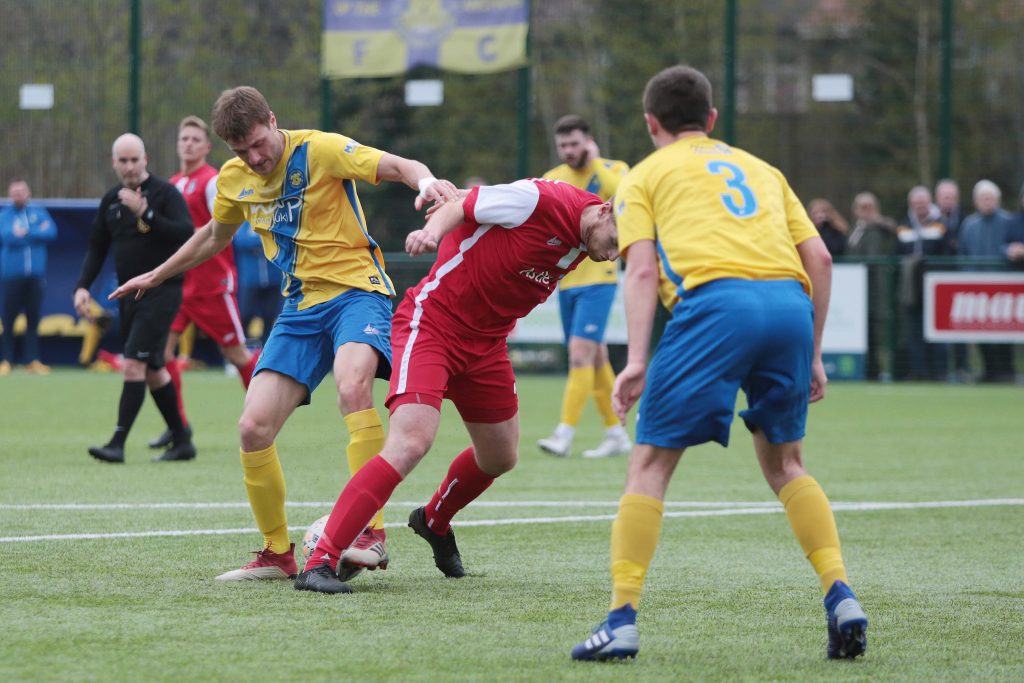 The contest was eventually put to bed twenty minutes from time and again it was the Northern League’s leading marksman adding to his tally. The Anchors failed to clear the danger after a defensive scramble and Fitzpatrick pounced to slide the ball under Arthur and into the net.

The curtain has come down on another season at the Coverall Stadium but Stockton will be looking to end the season on a high when they travel to West Auckland next weekend.