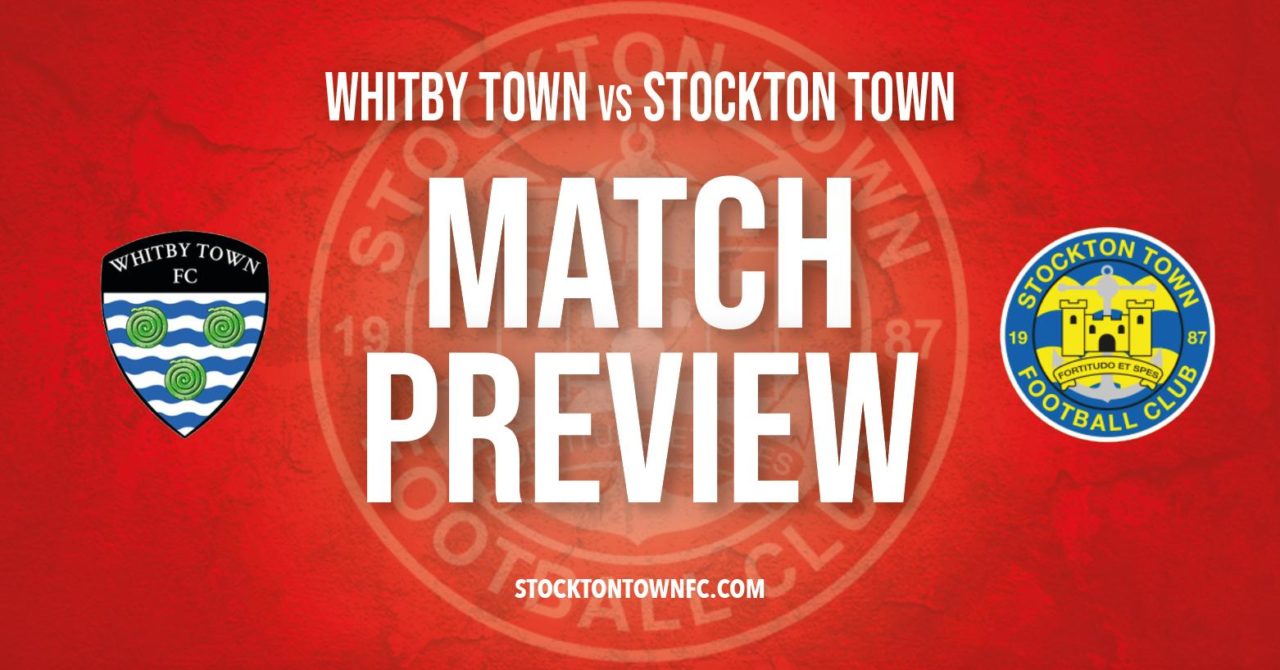 Stockton Town visit Whitby Town for their final pre-season friendly ahead of the new campaign.

The Anchors head to Whitby full of confidence after coming from behind to seal a thrilling 4-1 win over South Shields on Wednesday evening.

Two goals from Nathan Mulligan, as well as strikes from Tom Portas and Jamie Owens secured Stockton’s first win of this pre-season.

Michael Dunwell has been handed a boost ahead of the game as Jordan Robinson and Shane Henry are expected to feature in Saturday’s fixture.

Stockton have faced Whitby once before, overcoming The Seasiders 3-0 last pre-season thanks to goals from Kevin Hayes, Mikey Roberts and Joe Smith.

Whitby Town currently reside in the NPL Premier Division and finished 7th, just three points off the playoffs, when last season was deemed null-and-void because of the COVID-19 pandemic.

The Seasiders have added to their squad ahead of the season with seven new signings, most notably Lewis Hawkins from Blyth Spartans, who brings Football League experience from his time at Hartlepool United.

Whitby Town were formed in 1880 as Streaneshalch FC, eventually changing their name to Whitby Town FC in 1949.

The club rose to fame in 1983/84 when, as a Northern League club, they knocked out Halifax Town to reach the FA Cup second round for the very first time.

In the late 1990s, the club enjoyed a period of success. First, in 1996/97, completing the double of promotion from the Northern League and winning the FA Vase, defeating North Ferriby United at the old Wembley.

The following year, Whitby sealed back-to-back promotions to the NPL Premier Division, where the club have competed ever since.

Michael Dunwell was pleased with his side’s performance in the 4-1 win over South Shields.

“[It was] a lot better, a lot more positive performance than the first three [pre-season fixtures].”

“Our intensity was there from the off, which we’ve worked on, getting the ball forward quicker than we had been.”

The boss was also pleased with how his side reacted to falling behind:

”We showed great reaction to come back, scoring three goals in five minutes, coming from us pressing high up the pitch, winning the ball back, everyone was superb.”

”It was a great all round performance, puts us in good stead going to Whitby on Saturday and then the first big test next Wednesday against Shildon in the FA Cup.”

Tom Portas believes Stockton’s performance against South Shields was “more like us”.

”Pre-Season is not about winning games but about performances, getting back to near where we were last season is pretty positive for us tonight.”

On the break ahead of the new season, Portas revealed:

“It’s been frustrating how well we were doing last year then having that five month break, but hopefully coming from tonight we can kick on now.”