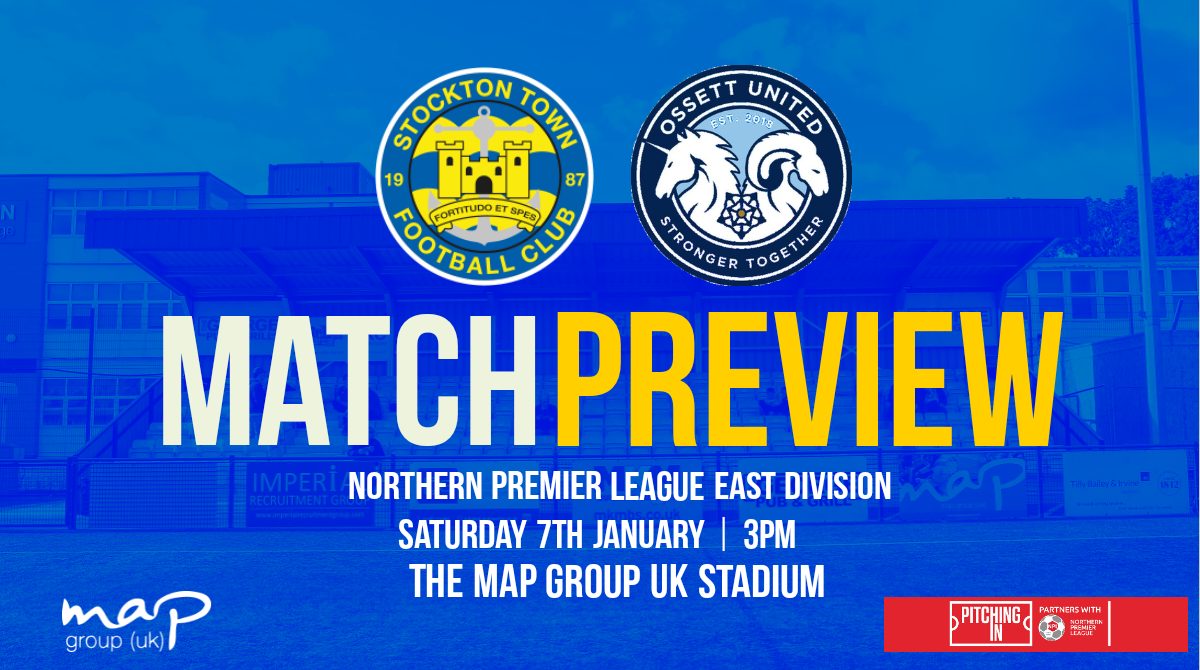 Stockton Town play their first home game of 2023 when they welcome Ossett United to the MAP Group UK Stadium.

The Anchors ended their poor run of form in their opening game of 2023 with a comfortable 3-0 win at Shildon on Bank Holiday Monday.

Kevin Hayes opened the scoring inside two minutes before loanee Sam Hodgson bagged his first goal for the club for a 2-0 half-time lead.

Liam Cooke added a third in the second half for a much needed win.

Michael Dunwell’s men had endured a tough December- losing four in a row which included an exit from the Durham Challenge Cup at the Quarter Final stage after defeat to Dunston UTS.

Tom Portas and Mikey Roberts are expected to make their return to the squad for the game.

This is the fifth meeting between the clubs.

Since their last meeting with Stockton Town, Ossett have had a change in management with Grant Black coming in to replace Jas Colliver in October.

In his first ten games in charge of the club, the Sheepicorns have won two which included an impressive 4-0 away win at Grantham Town.

They have been without a victory since then but in their last match they did score a stoppage time equaliser through Danny South.

One to watch for Ossett is top scorer Luke Aldrich who has ten goals on the season. The striker recently returned to Ingfield following a short spell at Liversedge.

Another recent signing was Chris Dawson who joined a dual registration from Buxton.

Speaking ahead of the game, Manager Michael Dunwell said:

I am expecting a tough game as it always is against Ossett. We looked back to our best and will be looking for three points again to start to cement our place in the top play-off position.