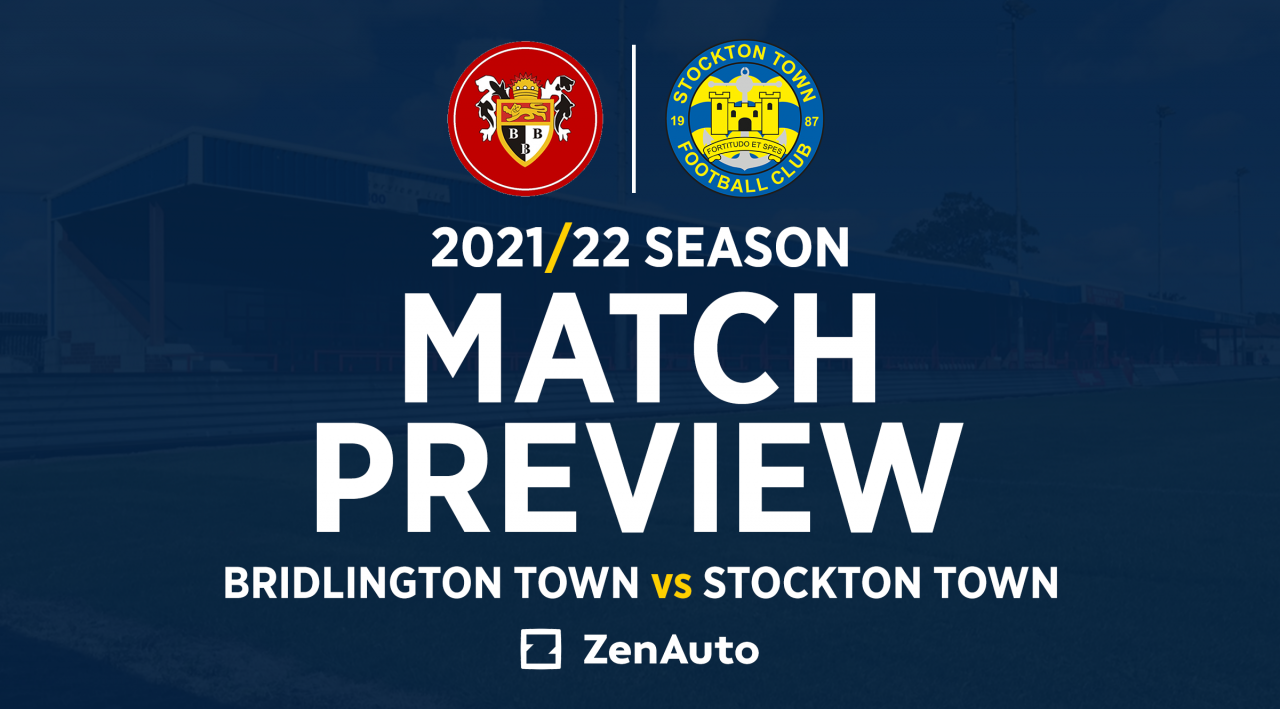 Stockton Town make the trip down to the East Riding of Yorkshire to take on Bridlington Town at The Hudgell Solicitors Stadium on Tuesday evening – which will be the Seasiders’ first home game of the season.

The first week of the new campaign saw Michael Dunwell’s side pick up four points from their opening two league games against Stocksbridge Park Steels and Hebburn Town, as well as progression in the Emirates FA Cup after victory against Ossett United.

Following a record crowd of 616 for the opening home game of a season, 476 watched on as Jamie Owens fired the Anchors into the First Qualifying Round of the FA Cup – a club record attendance for an FA Cup game.

Stockton’s last visit to Bridlington, some 633 days ago, ended in a 4-1 victory for the visitors in the FA Vase after extra-time. Kev Hayes’ opening strike was cancelled out by Billy Hogan’s late effort.

Mikey Roberts, Hayes and Max Craggs all netted in extra-time to send the Anchors through into the fourth round.

Bridlington Town, much like the Anchors, were promoted from Step 5 as part of the FA’s restructure of non-league football in the summer of 2021.

Brett Agnew’s side were placed third on points-per-game in the consolidated 2019/20 and 2020/21 Northern Counties East Premier League tables, behind Liversedge and Yorkshire Amateurs.

The Seasiders began their Northern Premier League East Division campaign with a trip to the Ammers, and lost out 2-0 due to goals from Roy Foggerty and Steve Crawford.

Bridlington were last in action on Saturday when they made the trip to County Durham to take on Stockton’s old rivals Consett in the Emirates FA Cup – twice coming from behind to knock the Steelmen out of the competition with a 3-2 victory.

The Seasiders have been active in the transfer market this summer, among the key names is midfielder Pete Davidson. Nicknamed “the Yorkshire Pirlo” for his ability to dictate play, Davison joined Bridlington after a spell at Scarborough Athletic.

Billy Logan and Danny Earl are the key men up front for Bridlington this season, with Logan the goalscorer against Stockton in the FA Vase in November 2019.

There has been just the one meeting between Bridlington Town and Stockton Town. The Anchors emerged victorious in extra-time against the Seasiders in the Third Round of the 2019/20 FA Vase; Kev Hayes scored a brace, Mikey Roberts and Max Craggs also struck to send the visitors into the Fourth Round.

Talking after the Anchors 1-0 victory over Ossett United to progress through in the FA Cup, assistant manager JD Briggs previewed the upcoming game against Bridlington Town.

He said to Anchors TV: “We’ll re-group Monday night in training for a light session. We’ll research Bridlington over the weekend rather than focusing on anything else.

“It seems everyone is fine from [the Ossett United game], there was a couple of lads who were not available that will return to the squad.

“We will assess and hopefully we can go to Bridlington with a full squad. It will be a late set-off on Tuesday which will be tricky but it seems everyone is available so we’ll be right up for that.”