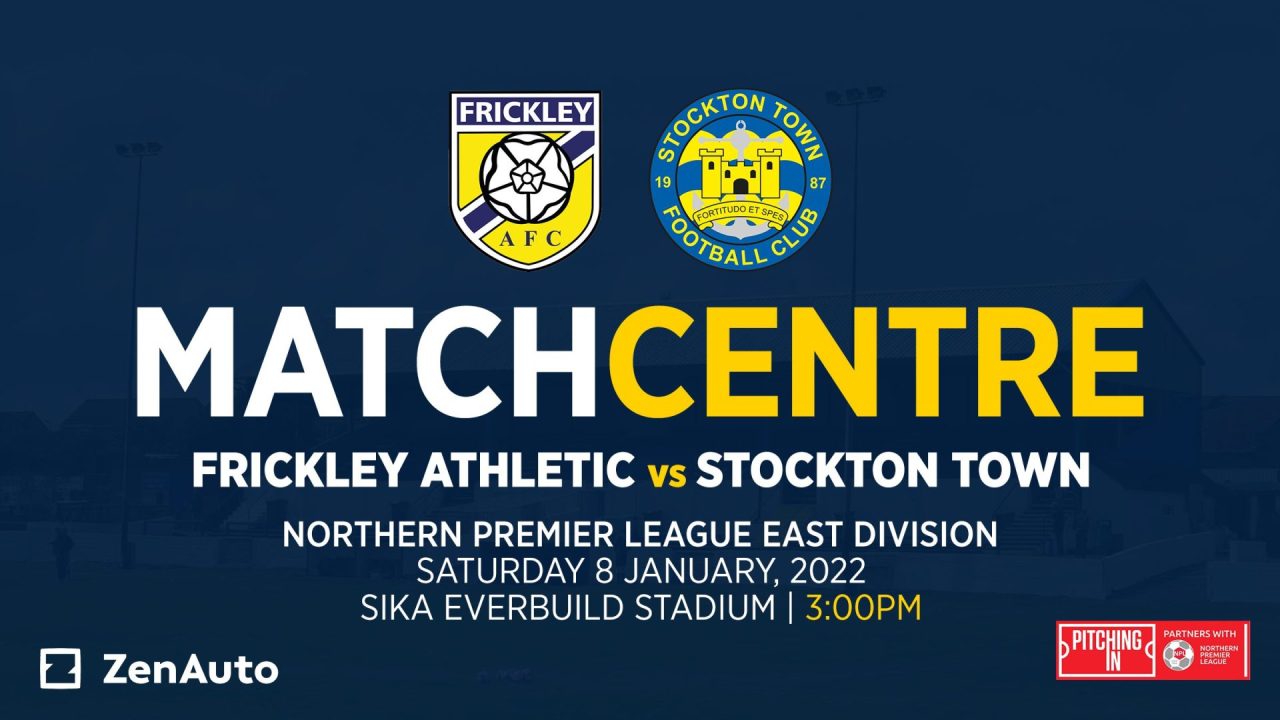 Stockton Town make the trip to West Yorkshire to take on Frickley Athletic at the Sika Everbuild Stadium for their first away game of the new year.

Last time out, on New Year’s Day, the Anchors edged out North East rivals Shildon through Adam Nicholson’s first-half header to earn a seventh win in a row in all competitions.

It was a special occasion as the club smashed their club record league attendance as 1208 supporters packed into The MAP Group UK Stadium – blowing the previous record of 940 against Thornaby on Boxing Day 2019 out of the water.

The victory ensured Michael Dunwell’s men had taken all six points available to them over the Christmas period, following their come-from-behind triumph at Marske United.

Dunwell has recently celebrated his 350th game in charge of Stockton Town, bringing up the milestone in the derby win at Marske, with his record reading 247 wins, 36 draws, 67 losses from those games.

This is just the second ever meeting between the two sides. Earlier in the season, the Anchors battled back to earn a point through a late Adam Nicholson header.

After the 1-1 draw between the two sides in October, Frickley sat above the Anchors in the table in 10th place – one point ahead.

When the two sides clash on Saturday, Stockton will enter the field in fourth place, seven points inside the play-off places and 19 points clear of their opponents, who lie in 14th place.

Whereas the Anchors have entered a rich vein of form in recent weeks, Frickley have won just one of their last 12 matches.

Over the Christmas period, The Blues suffered two reverses without scoring, against Pontefract and Worksop Town.

Top goalscorer Bradley Wells gave Frickley Athletic the lead midway through the second-half at the MAP Group UK Stadium, and has seven goals to his name so far this season.

Speaking after the win against Shildon, manager Michael Dunwell gave his thoughts on the upcoming game against Frickley.

“They’re a very organised and well drilled team. It’s going to be tough going there, it’s not the best of surface so it will be like the Marske game where it’s more of a battle.

“But we’ve shown on numerous occasions that we’re up for battles on difficult surfaces.

“We’re going into every game now just thinking one thing and that’s picking up all three points.

“We go to Frickley with the same mindset as our last two games and that’s to win the game.”