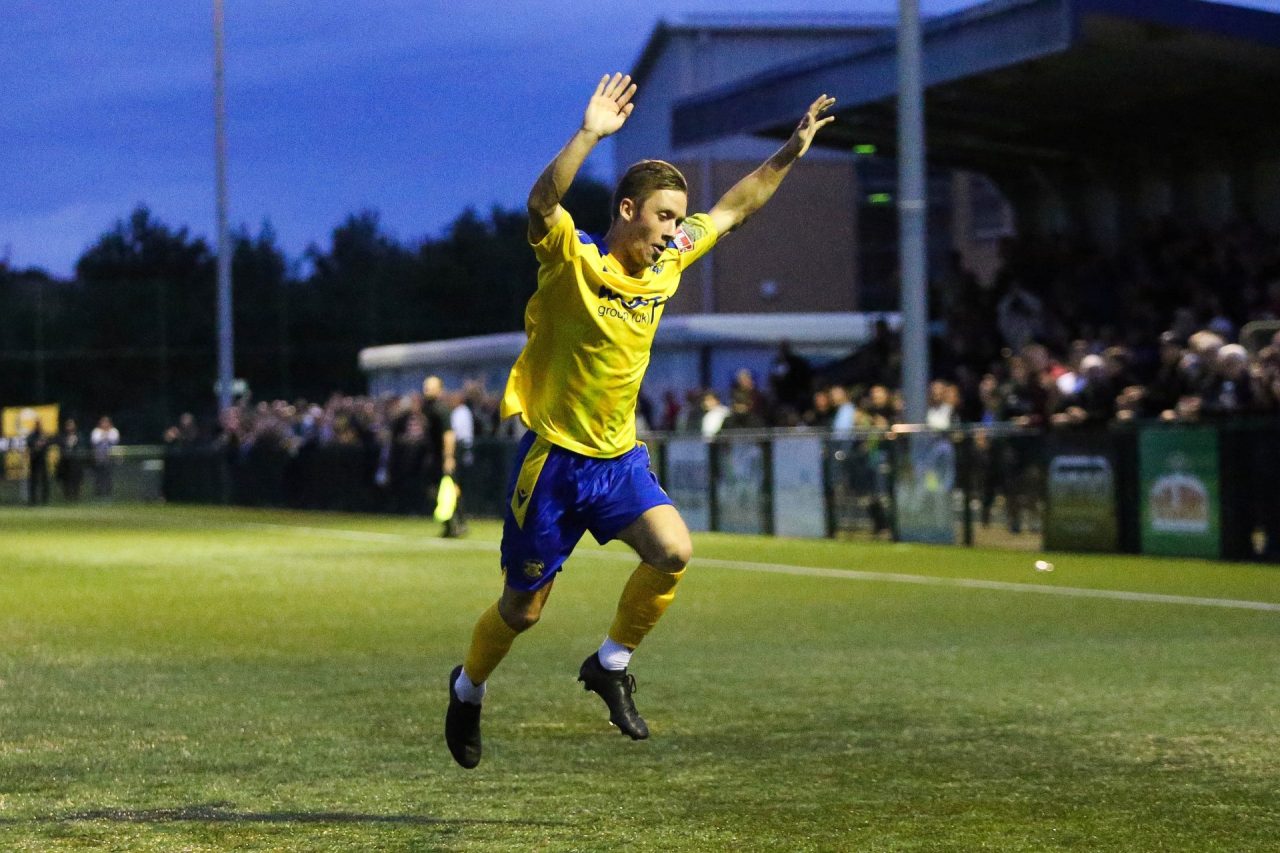 Stephen Thompson’s stunning early volley was cancelled out by Liam Henderson’s equaliser midway through the first-half, but Hayes restored the lead with a sensational effort of his own on the stroke of half-time.

The result means Michael Dunwell’s side lead the NPL East Division, following their start of three wins from three games in the opening fortnight.

It was the visitors who had the first shot of the game as Oliver Martin’s close range effort was blocked behind for a corner by Cameron Painter.

Painter then turned provider for the opening goal as his chipped ball forward was taken down by Thompson, who struck a fizzing volley above Shaun Newbrook into the top of the net.

Amar Purewal reminded the Anchors of the danger Hebburn possessed in attack as his ball across the face of goal narrowly missed Henderson and went out for a goal kick.

The Anchors stepped up a gear around the 20-minute mark, as Liam Cooke and Thompson had close range efforts blocked before Thompson could have doubled his tally for the game, however his effort was claimed by Newbrook.

Tymon went close to adding a second goal, he connected with Hall’s chipped cross which was blocked, before shooting narrowly wide on the rebound.

Nathan Mulligan was close to scoring his second free-kick goal of the season, the midfielder’s 25-yard set-piece was tipped onto the crossbar by Newbrook, with Tymon unable to connect cleanly with the rebound to convert.

Henderson headed over the crossbar from close range, with Adam Nicholson going close himself late on in the first-half.

Beddow, an early substitute for Tymon, showed his blistering pace to drive down the right flank and enter the penalty area, sending his shot into the side netting, with the active Henderson also hitting the side netting for Hebburn.

The Anchors re-took the lead, deserved on the balance of play, with a piece of magic from Hayes. The forward drove forward into the centre of the pitch and sent a wonderful effort into the top corner.

Hebburn thought they had equalised immediately, however, their effort was ruled for offside.

Thompson, who was involved in almost everything going forward, found Mulligan with a delicious through ball beyond the defence, his effort was over the crossbar.

Henderson thought he had equalised for the visitors but his dinked shot drifted wide of the post, almost in slow motion.

Hayes, Cooke and Thompson all had shots blocked inside the Hebburn penalty area as the Anchors pushed for a third goal.

Beddow was unlucky not to score as lovely work from Hayes and Roberts in the build-up found the forward who couldn’t quite connect with a rebound and fired over.

The final fifteen minutes were a bitty affair as the Anchors looked to hold on to their lead, but were warned as Purewal shot wide when one-on-one in the final moments.

Tyrone O’Neill entered the field to make his senior Stockton Town debut in the final minutes, and the Anchors held out to earn all three points for the third league game in a row.

Next up for Stockton is a trip to South Yorkshire to face their first ever opponents in the Northern Premier League, Stocksbridge Park Steels.