Our local Chinese Restaurant “Peking Garden” have stepped forward to sponsor a Player of the Month Award for the outstanding 1st team player each month. This is a fantastic gesture from Jason and the staff. The “Peking Garden can be found down on Bridge Road,  just off the High Street in Stockton.

Our Player of the Month for January is Chris Dunwell. Chris had an outstanding month and has established himself in the team this season following his comeback from a serious leg break and ankle dislocation 3 seasons ago. Chris scored a vital equaliser in the victory over Ashbrooke Belford House with the team trailing 2 1 and half time approaching. The goal set the team up for the second half and they went on to claim a 6 2 victory. 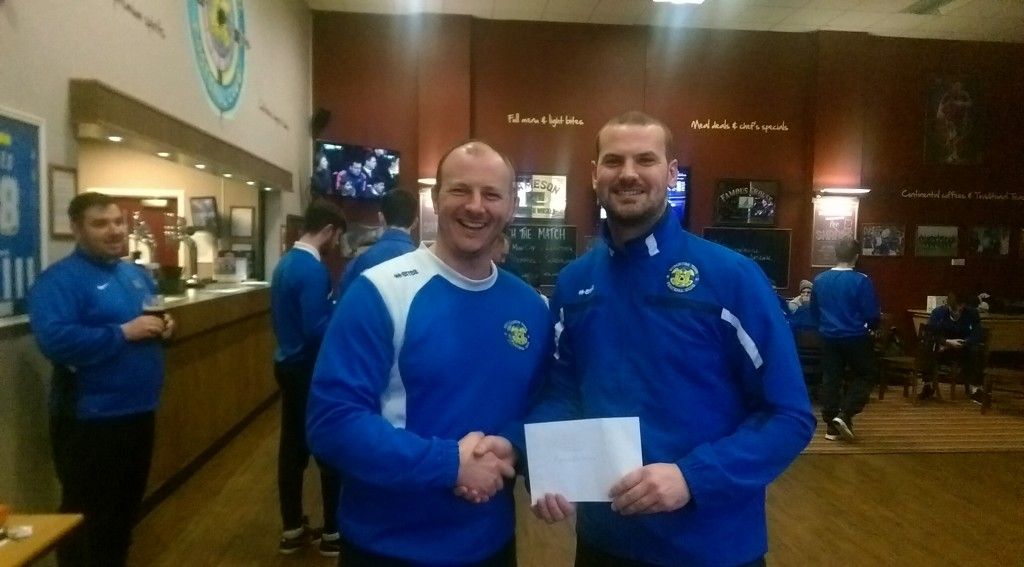 Chris receiving his Player of the Month Award from Manager Michael Dunwell.

The “Peking Garden” Player of the Month for December is Ben Priestley. Ben starred in the league victory over Jarrow FC scoring two great goals and causing the Jarrow defence problems all game. This is Ben’s first full season in senior football having stepped up from last years U18’s. Ben has played all his football at the Club joining at just 8 years of age. Well done Ben, a well deserved award and a example of what all our junior players should be aspiring to. 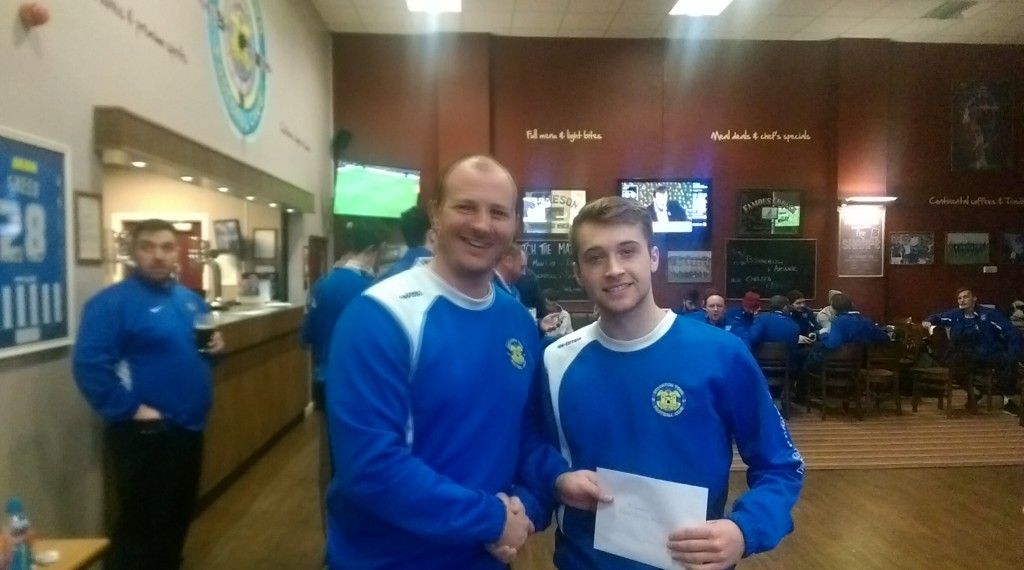 The Player of the Month for November is Club Captain Stav Roberts. During a tough run of fixtures during the month Stav stepped up to not only deliver performances that led the team but also vital goals. Stav scored in every game played during the month scoring 5 times in total. He opened the scoring in a Cup Quarter Final match away at Seaham Red Star Reserves and the then the opening goal away at Redcar Athletic in a top of the table clash. The following week in a game we played with 10 men for the majority of, Stav scored twice in a 4 3 victory away at Spennymoor Town Reserves and he then wrapped up the month with a further goal in our Monkwearmouth Cup Semi Final victory over Boldon CA. An exceptional month and a fully deserved award. 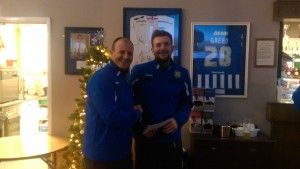 Our Player of the Month for October goes to a player who made a dramatic impact in a game where we came from a goal down in stoppage time to claim a 4 3 victory. Matthew Garbutt scored the winner and is our Player of the Month. The goal topped off a fine month for Matty who had been influential in victories over Prudhoe Town, Seaham Red Start Reserves and Jarrow FC. Matty plays in a number of positions and had been utilised at right back, centre midfield and right wing throughout those games showing his versatility to the team. 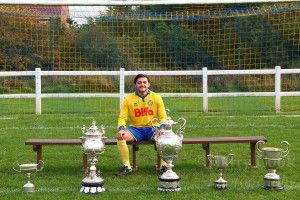 Our Player of the Month for September goes to a player who has made a remarkable impact on his return from long term injury. Only returning at the end of August having been out since the League Cup Final in the middle of May Tom Coulthard has scored 6 goals in the month from his Centre Half position. 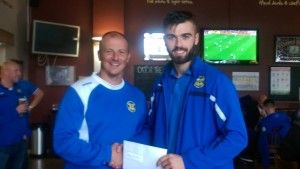 Our first ever Player of the Month Award goes to midfielder Max Craggs who has started the new season in magnificent form that saw him claim 6 goals from central midfield in the month. Max has progressed from our junior teams and has been a regular in the 1st team squad now for 3 seasons. Well done Max and can you claim Septembers prize also or will someone else step forward this month. 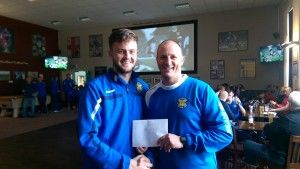