Everyone is relieved to be back together, says Michael Dunwell 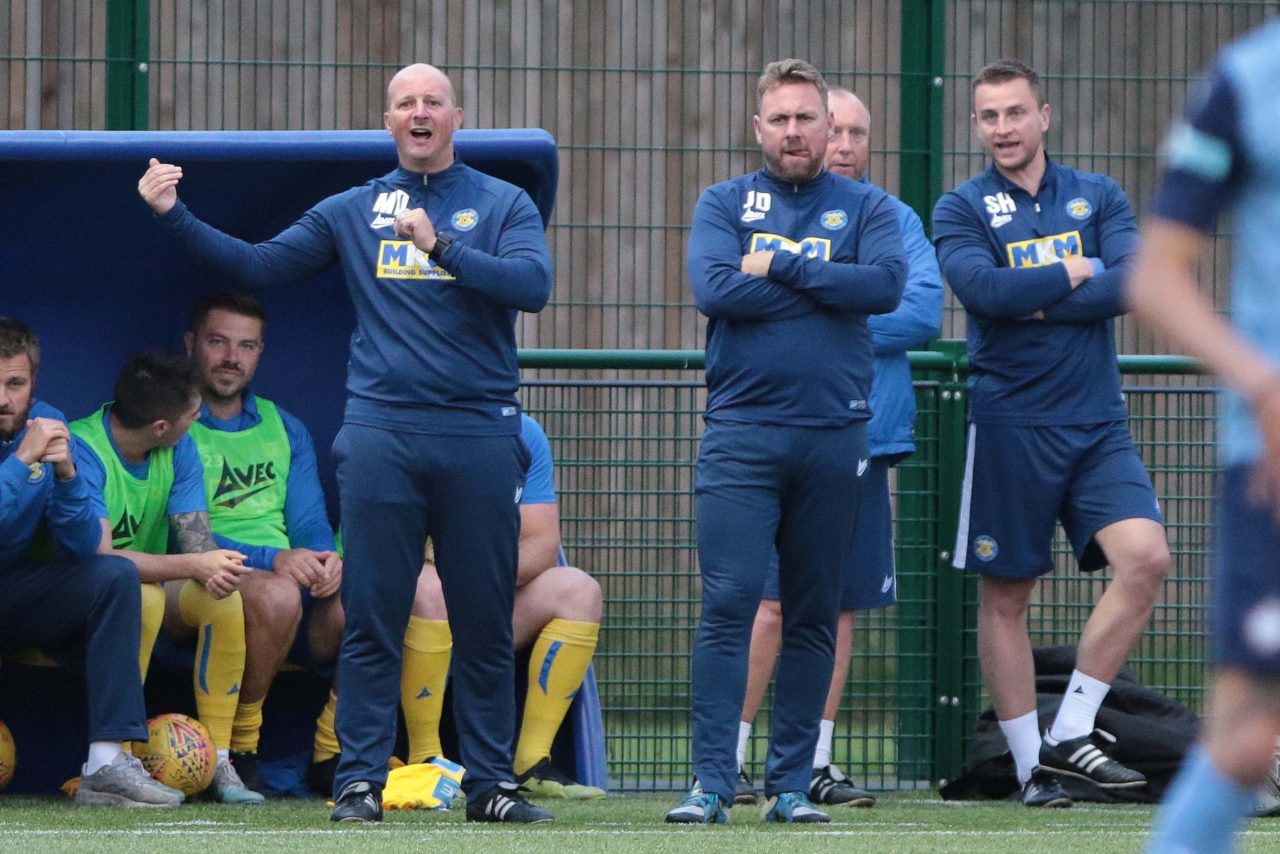 Stockton Town manager Michael Dunwell says the squad are relieved to be back together after the Anchors trained for the first time in over three months on Wednesday.

Dunwell’s men have not met up as a squad since December 2020, when the UK Government imposed a third national lockdown to fight the rise of Covid-19 cases in the population.

Under the roadmap out of lockdown, a return to team outdoor training is now permitted and the Anchors met up for the first time this year on Wednesday evening.

“It’s good to see everyone”, Dunwell said. “The reaction when they saw each other in the changing room, they’re all pleased to back.”

“Although there’s nothing to play for, we’ve got them in for four or five weeks for a bit of light training, nothing too strenuous, then have a break for six weeks before coming back for pre-season.”

Michael Dunwell also noted how difficult it was over the lockdown period to not be with the squad on a regular basis, describing the team as “one big family”.

“It’s been very hard”, he said. “It becomes part of your life, even with the younger teams not able to play either as I’m involved with them.”

“They [the first team] are used to seeing each other on a regular basis, the same with the coaching staff as well, we are like a big family.”

“To not be able to see each other for such a long time is not very good but it’s good to be back together for an hour or so.”

With no competitive football looking likely for Stockton Town until August, Dunwell explained the benefits of returning to light training.

“We’ve got the players back so we didn’t have a six or seven months break, that would have been like coming back from a long term injury.”

“We will come back for four or five weeks then have what would be a normal break ahead of coming back for pre-season.”

The Football Association curtailed Steps 3-6 of the National League season in February, with the restructuring of Steps 4-6 to be discussed, and the manager hopes the situation can be resolved “as soon as possible”.

“That’s another difficult situation, [it affects] what we do with our current squad and if we need to strengthen depending on what league we are going to be in.”

“The sooner the situation is sorted the better for everyone, hopefully they do the restructuring but if they don’t we’ve just got to get on with it.”

Chairman Martin Hillerby updated Season Card holders with an option to waive their refund for the lost games on their 2020/21 cards, and Dunwell praised the strong response the club received.

“It shows how positive the fans are towards us with the response and reaction with hardly anybody asking for a refund, everyone wants to keep the money in the club.”

“It’s been a tough period for the club”, he added. “Hopefully they will be rewarded with a full season when they come back”

“The season ticket holders will be looked after, it’s massive from the fans and it shows how strong the support is.”