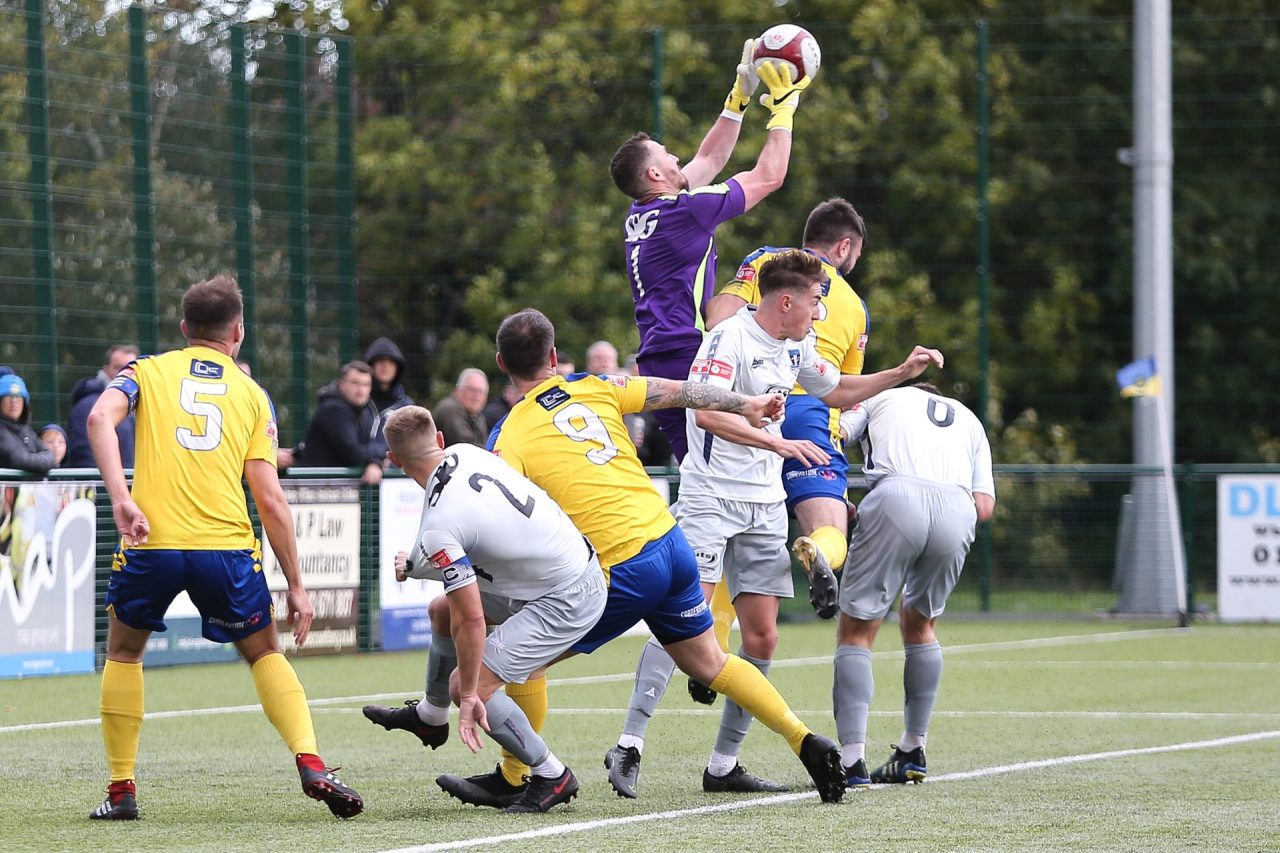 Stockton Town suffered late heartbreak as they conceded a stoppage time goal to lose for the first time this season.

Dunston opened the scoring midway through the first half when Will Jenkins scored a sublime goal from just inside the box.

They held that lead till nine minutes from time when substitute Elliott Beddow nipped in to equalise for the Anchors.

The away side went on take the three points when Jon Shaw headed in from a free-kick midway in the Stockton half.

Manager Michael Dunwell named two changes to the side that beat Easington Colliery 4-o in midweek by starting striker Matty Tymon and restoring Captain Adam Nicholson to the starting eleven.

Dunston came into the game on a rich vein of form having not lost since their FA Cup exit to Scarborough Athletic in mid-September.

It was the visitors who had the first opportunity when Jenkins curled an effort high and wide of the post.

Nine minutes later Jenkins radar was more precise as he fired in the opener high into the top corner from just inside the box.

Shortly before the half hour, the home side had their best chance to equalise when Nathan Mulligan’s free-kick was headed on by Nicholson into the path of Stephen Thompson but he saw his effort excellently saved by Dan Staples from close range.

Another chance for the Anchors came when Kevin Hayes got down the right wing before he sent in a low ball that was almost turned into his own net by Shaw.

Dunston had the final two chances before half-time with Carl Finnigan involved in both. First he was played into a good position on the edge of the box but his effort was deflected into the hands of Callum Roberts.

Then Roberts made a wonderful save to deny Finnigan when he took a half-volley from just outside the area.

The second-half again saw few chances for either team. Dunston had a big chance to double their lead in the 66th minute when Jack Elliott burst down the right wing and sent in a cross from Sado Djalo who headed narrowly over the bar.

Stockton then missed a gilt-edge  chance when Mikey Roberts danced into the penalty area before he played the ball to fellow substitute Cameron Painter who inexplicably blazed over with the goal at his mercy.

Djalo almost punished Stockton for that miss but he was unable to put his effort on target after he beat the offside trap.

Stockton did manage to get their equaliser when Beddow chased down a ball that Staples was set to gather- knocking the ball beyond the goalkeeper before he rolled it into an empty net.

In the final minutes of the game neither side could assert dominance.

Hayes had a strike from the edge of the box which he sent just wide.

Then Roberts came up big for Stockton with a stunning save to deny Jenkins, he then denied the follow-up from Djalo but he was offside.

There was still time for a winner and that came when Dunston were awarded a free-kick midway in the Stockton half for foul from Nicholson. The ball was lofted into the area where it was headed into the corner by Shaw sparking jubilant scenes in away dugout.

The defeat sees Stockton Town’s lead at the top cut to just one point but they have the chance for an instant reply with a trip to Pontefract Collieries on Tuesday evening.