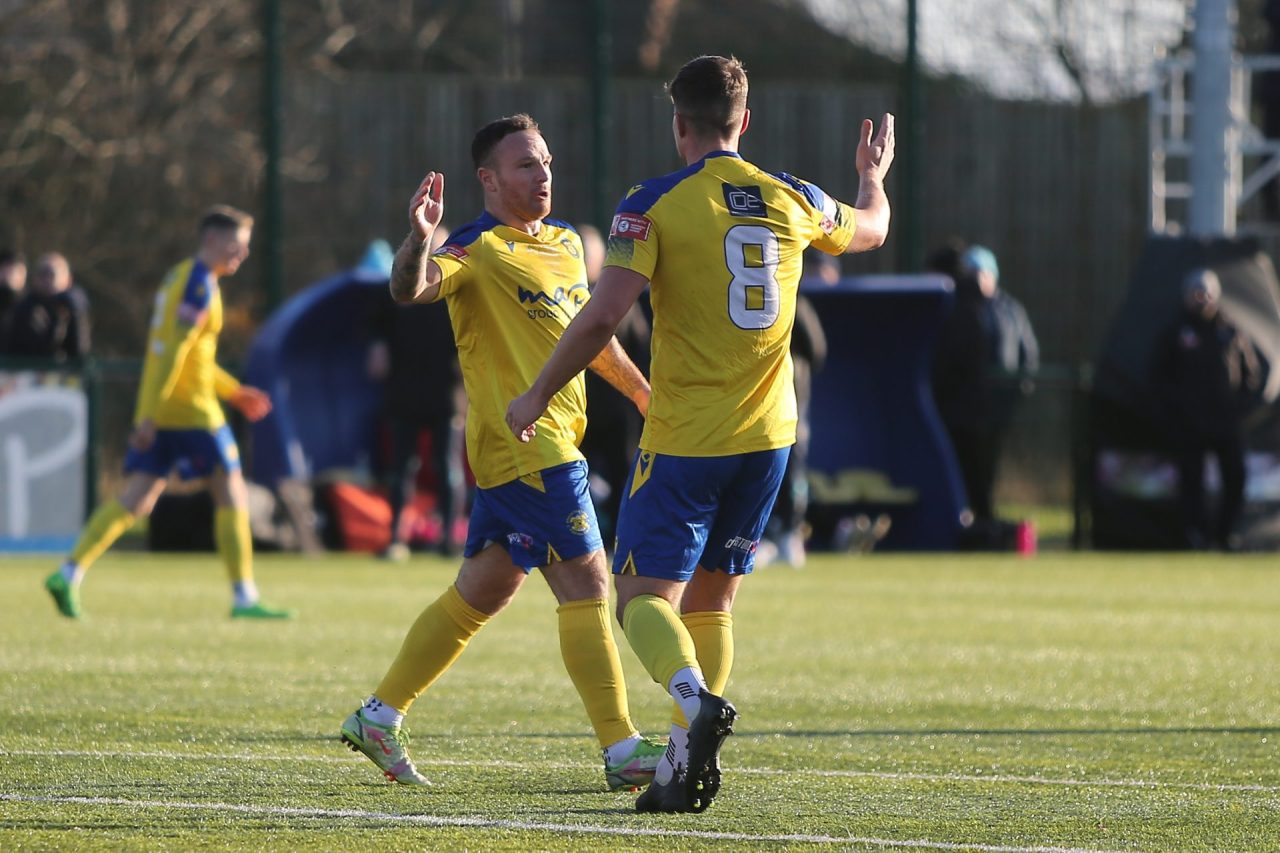 Stockton Town were made to rue missed opportunities as the Anchors fall to their fourth defeat in a row in an end-to-end game on Boxing Day.

Consett took the lead early following an own goal from Dan McWilliams, but despite Stockton being on top for a majority of the game, and an equaliser from Stephen Thompson before half time, Kieran Aplin found the net for Consett late on to lift Consett out of the relegation playoff spots.

Three changes were made to the Stockton side which lost to Worksop last time out in the league, with Liam Cooke coming in for Cameron Painter, new signing Sam Hodgson in for Michael Roberts and Lewis McDonald coming in for Patrick Boyes, whose loan spell with the Anchors has come to an end.

Stockton started the game on top, with some good chances for Sam Hodgson and Glen Butterworth being met by Mark Foden in the Consett goal. Adam Nicholson also had a brilliant opportunity which he fired over the bar from close range.

But against the run of play, Consett took the lead after 13 minutes when a dangerous cross from the left wing was headed into his own net by Dan McWilliams.

17 minutes in, Tom Portas had a brilliant, curling effort which was saved well by Consett goalkeeper Mark Foden.

After a flurry of chances, Stockton eventually got an equaliser in the 32nd minute after Foden spilled a ball which Stephen Thompson immediately pounced onto and slotted it into the empty net.

Consett had a brilliant chance to retake the lead just before half time when a ball bouncing around the area was met by a Consett player and would have ripped the back of the net if it wasn’t for Lewis King on hand on the line to clear the ball brilliantly.

The sides went into the half time break with the score at one apiece.

Stockton started the second half the brightest and had a few efforts towards goal but we’re struggling to get anything on target.

Consett did have the ball in the net in the 71st minute through Scott Fenwick, after a counter attack caught Stockton off guard, but the striker was judged to have strayed offside in the build up.

Consett grew into the game and took the lead in the 76th minute, when Kieren Aplin was found in behind the Stockton defence and powered a shot past Lewis McDonald.

Despite Stockton’s late efforts, which included some chances for Sam Hodgson and Adam Nicholson, Consett closed the game out and took all three points back to Belle Vue.