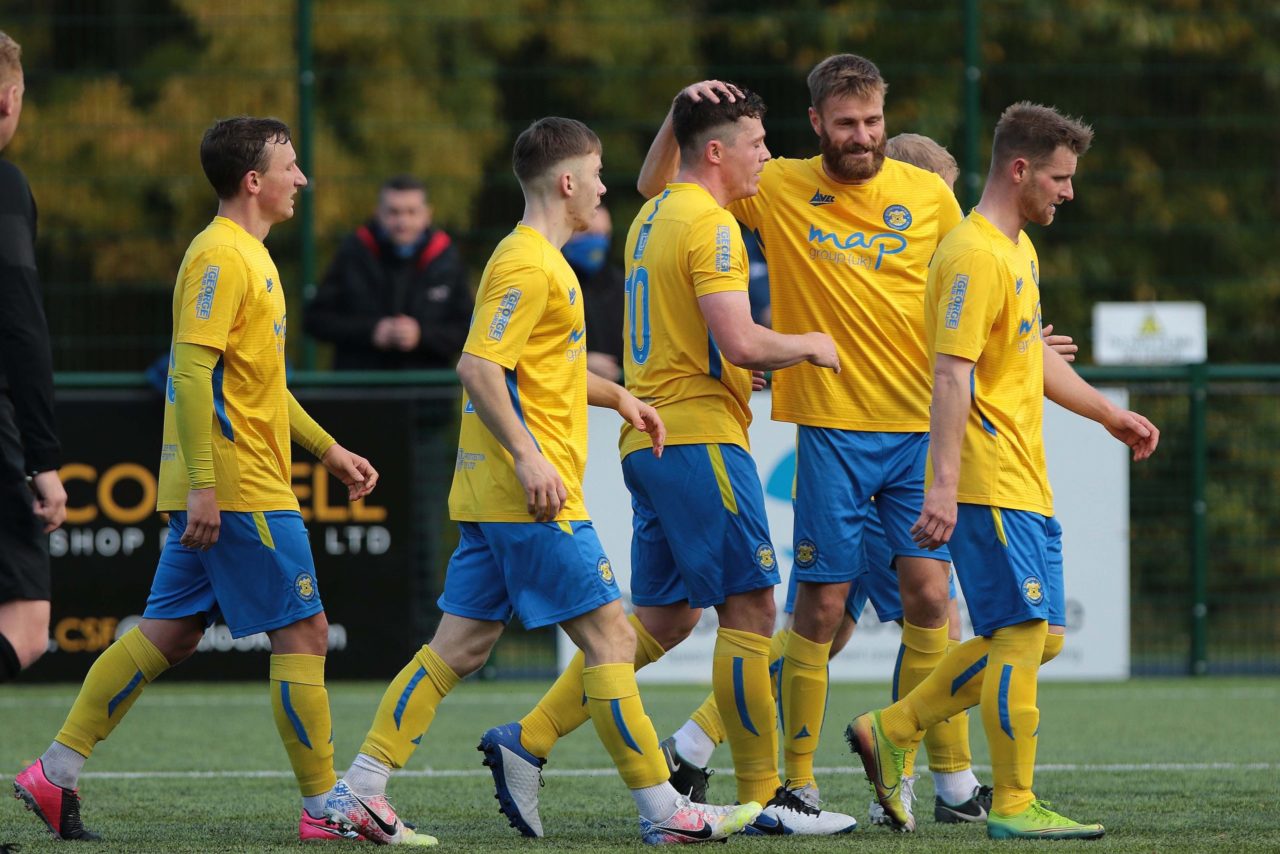 Stockton Town Football Club are delighted to announce that 16 first team players have committed their future to the club for next season.

Every member of the squad, except for Shane Henry, whose deal already ran until 2023, and the departing Max Craggs, has extended their contract until the end of the 2021-22 campaign, with the option of extending for an additional year.

“It’s massive for us to keep the players together,” Michael Dunwell said. “They’ve been excellent through the last two seasons, and they thoroughly deserve their promotion.

“They all want to play at a high level, and they’ve all committed, again, to another two years with the club. It just shows how well we’ve done as a club that everyone wants to stay and wants to progress through the leagues with Stockton.

“For us as a management team – myself, J.D. [Briggs] and the rest of us – and Martin [Hillerby], it’s magnificent that they’ve all decided to stay. It’s a massive bonus going into next season.”

The Anchors are set to play at Step Four for the first time in the club’s history in the upcoming season after the Football Association invited the club to apply for upward movement as part of the restructure of Non-League football.

Michael Dunwell’s side were, statistically, the best side in Northern League Division One over the last two combined seasons, earning 104 points from 42 games in that period, nine more than closest challengers Hebburn Town.

The Anchors manager has expressed his delight in keeping the majority of the squad together, and is looking forward to the new challenges posed by the new division.

He said: “It’s an exciting period for us, going into the new league, and there’s more travelling.

“It’s probably a bit unusual with how many players are staying, but that’s how committed they are to wanting to play for Stockton.

“They’ve all told us that the travelling doesn’t affect them, and that they want to be at the club. They know they get looked after here, and we try to be as professional as we can.

“The higher up we go, we’ve got to raise our standards as will they, and I’m sure they will,” he added. They’ve shown that to us, they’ve shown it at Northern League level, but now they need to do it at a higher level.

“We’ve got half of the squad that have done it at a higher level already, and for some it’s going to be all new to them, but I’m sure they’re going to relish the challenge.”

The club will keep supporters up to date on any further squad announcements ahead of the new season.