Anchors edged out by Morpeth Town in Pre-Season 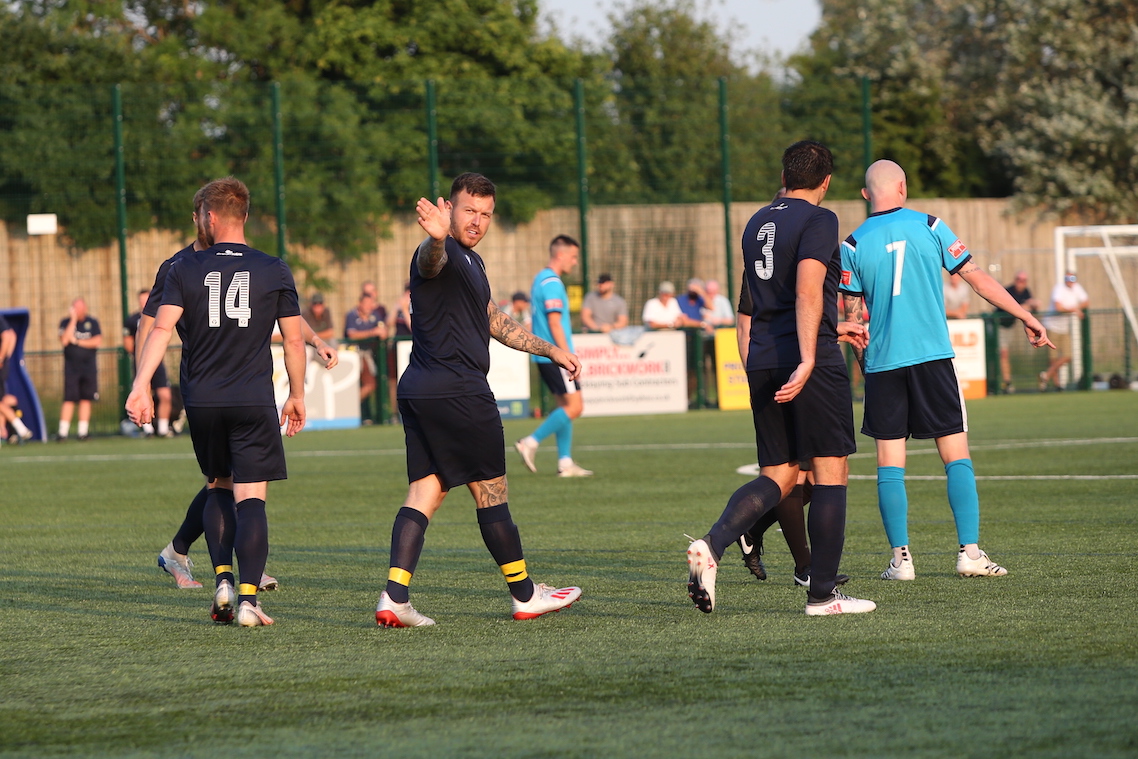 Owens fired the Anchors ahead in the opening stages of the game, volleying Kev Hayes’ cross into the corner of the net.

The visitors responded and equalised through Liam Noble’s penalty before Ryan Donaldson put the Highwaymen ahead just after the half-hour mark.

Owens went close to equalising when his effort struck the crossbar on 50 minutes. Morpeth secured the win in additional time at the end of the second-half through Jack Foalle.

Both sides settled fairly quickly into the game, but it was the home side that went ahead early. With just six minutes on the clock, King stood a cross up to the back post, which was volleyed home by Owens.

After an audacious attempt to lob the ‘keeper from Owens minutes later, the visitors went close with their first opening. Stephen Forster played a dangerous ball into the box, and Liam Henderson’s header looped over the bar.

Some intricate passing on the left side saw a chance fall to the feet of N.Mulligan, but the midfielder saw his shot saved by Dan Lowson.

Midway through the first-half, the visitors were awarded a penalty. McWilliams raced across to intercept Donaldson, and the defender looked to have got the ball first, but the referee thought otherwise – Noble stepped up and made no mistake from the spot.

The momentum in the game changed, and it was the visitors that started to enjoy a spell on top, which they capitalised on by going ahead just after the half-hour mark.

Phillips took a quick free-kick which found the run of former Hartlepool United captain Donaldson. The midfielder was denied by Callum Roberts with his first attempt, but a fortunate deflection allowed him to strike the rebound home into an empty net.

The Anchors had an appeal for a penalty turned away just two minutes later when N.Mulligan went down under contact from Jeff Henderson, but despite a push to the ground, play was waved on.

Dunwell’s side created a big chance just five minutes before half-time. Bulmer cut back inside from the left and after seeing his shot take a deflection, Kev Hayes raced in at the back post, but fired over from close range.

In response, Morpeth went very close themselves before the break as Noble whipped a free-kick into a dangerous area, but the advancing Chris Reid headed off target.

It was the Anchors that started the second-half on the front foot as they searched for an equaliser, and they should’ve levelled the game in the 50th minute.

A threaded pass from midfield found Owens, who picked up the ball, made room for himself and unleashed a rasping drive at goal, which had the ‘keeper beaten and rattled the crossbar.

The Anchors made several changes in and around the hour mark, with Mikey Roberts, Nathan Steel, Lewis McDonald and Sam Conway coming on for the final half-hour.

Changes from both sides changed the complexion of the game and it wasn’t until the final stages where either side managed to create an opening.

Roberts’ corner from the left came to the back post to substitute Dale Mulligan, whose effort at goal was headed off the line by the backtracking Jeff Henderson, who kept his side ahead in the game.

With one of the final kicks of the game, Morpeth doubled their lead as Foalle latched onto a through ball and fired past the ‘keeper.