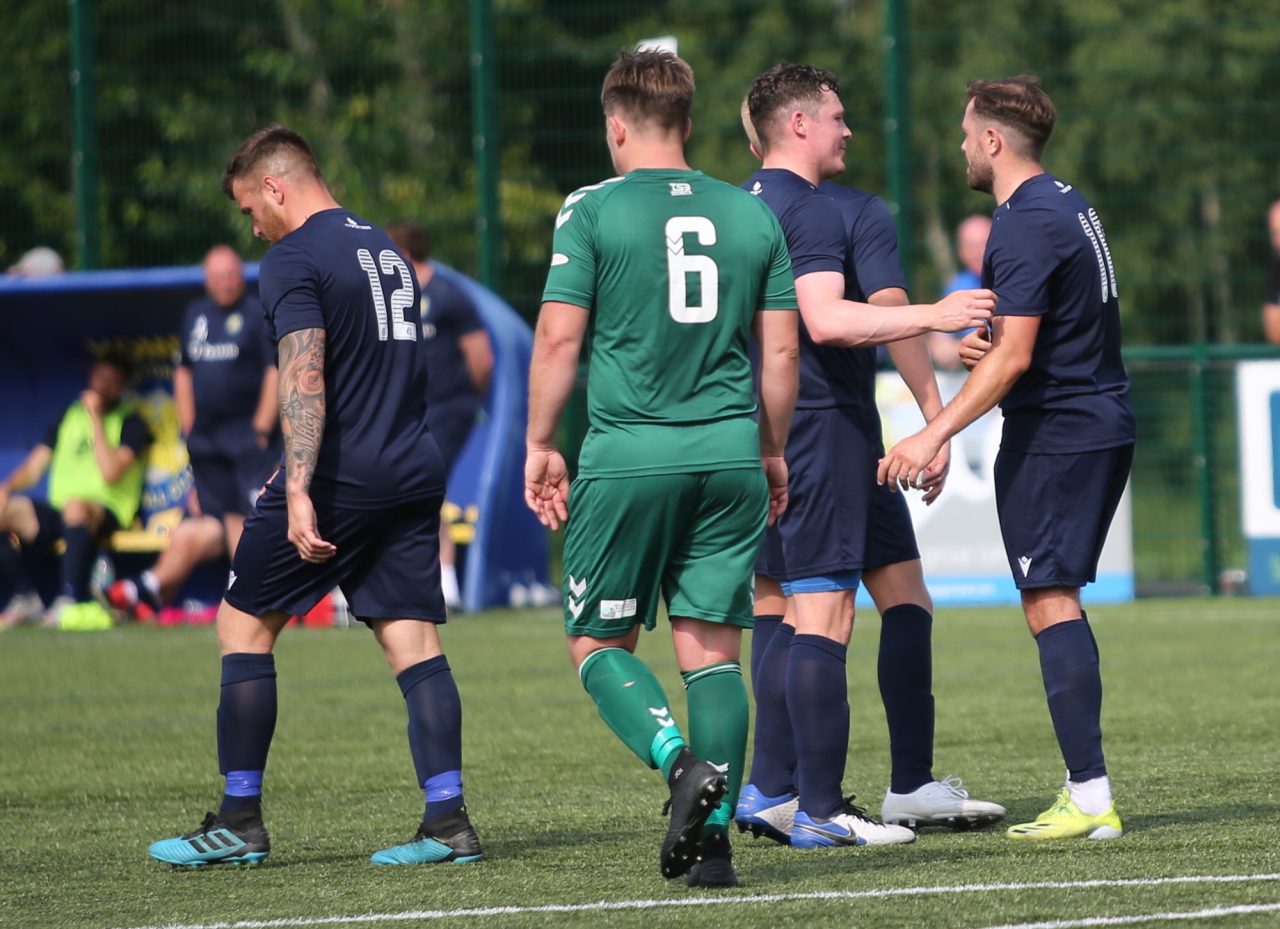 After seven months without a competitive fixture, Stockton Town began their pre-season with a comfortable 3-0 victory against Guisborough Town at the MAP Group UK Stadium.

After a dominant opening period, Jamie Owens broke the deadlock with a header at the back post.

Young striker Gary Mitchell scored his first senior goal for the Anchors with a composed finish after the hour mark before Nathan Mulligan added a third late in the game.

Manager Michael Dunwell named a strong side for the first friendly of the summer, with striker Jamie Owens leading the line ahead of the trio of Kev Hayes, Jonathan Franks and Mikey Roberts.

It had been 203 days since the Anchors were last in action, but there was certainly no signs of that as they settled quickly in the game. The first opening come within the space of 90 seconds, when Hayes found Owens on the edge of the box before the striker fired just wide of the target.

Free-flowing and attacking football was on display from the early stages, and the hosts continued to look threatening with Owens, Shane Henry and Kev Hayes all going close.

Guisborough’s ‘keeper Ben Fairless was called into action for the first time on 18 minutes. Firstly, Owens’ deflected effort was tipped over the bar, and under a minute later, the striker was denied once again by another top save.

The Anchors was delivering relentless pressure, which paid off with the breakthrough midway through the first-half. Roberts got the better of his marker down the left and stood a cross up to the back post, which was headed home by Owens inside the six-yard box.

Dunwell’s side should’ve doubled their lead under a minute later. Hayes was slipped through on goal, but the ‘keeper was quick off his line to make the stop with his outstretched leg.

Just after the half-hour mark, Hayes curled his free-kick narrowly off target, while Franks’ in-swinging corner was met by the head of captain Adam Nicholson, whose header went over the bar.

It was a dominant first half performance for the Anchors, and it wasn’t until the 44th minute when Priorymen had their first chance to note when a free-kick had Callum Roberts scrambling across goal – but the shot went wide of the post.

The hosts made five changes heading into the second-half; N.Mulligan, Keelan Wright, Gary Mitchell, Louie Hall and Lewis McDonald all coming off the bench.

After a tightly contested 20 minutes, the Anchors created a great opening when N.Mulligan played through Franks, who was denied the Fairless in the Guisborough goal.

Three minutes later, Stockton doubled their advantage in the game, and it was Mitchell who gathered a delightful reverse ball from Franks before calmly tucking the ball into the bottom corner.

The Anchors were gaining momentum once more, and should’ve added a third goal when Mitchell helped the ball on to N.Mulligan, but the substitute missed the target from inside the area.

Guisborough’s only shot on target on the game come with seven minutes to play, as a free-kick on the edge of the area was gathered by McDonald.

Stockton’s victory was wrapped up in the 88th minute. Franks, who was one of the main attacking threats in the game, crossed into the area before N.Mulligan found the corner of the net.

The Anchors returned to action, after almost seven months without a game, in remarkable fashion – three goals scored, plenty of chances created, free-flowing attacking football and a clean sheet.