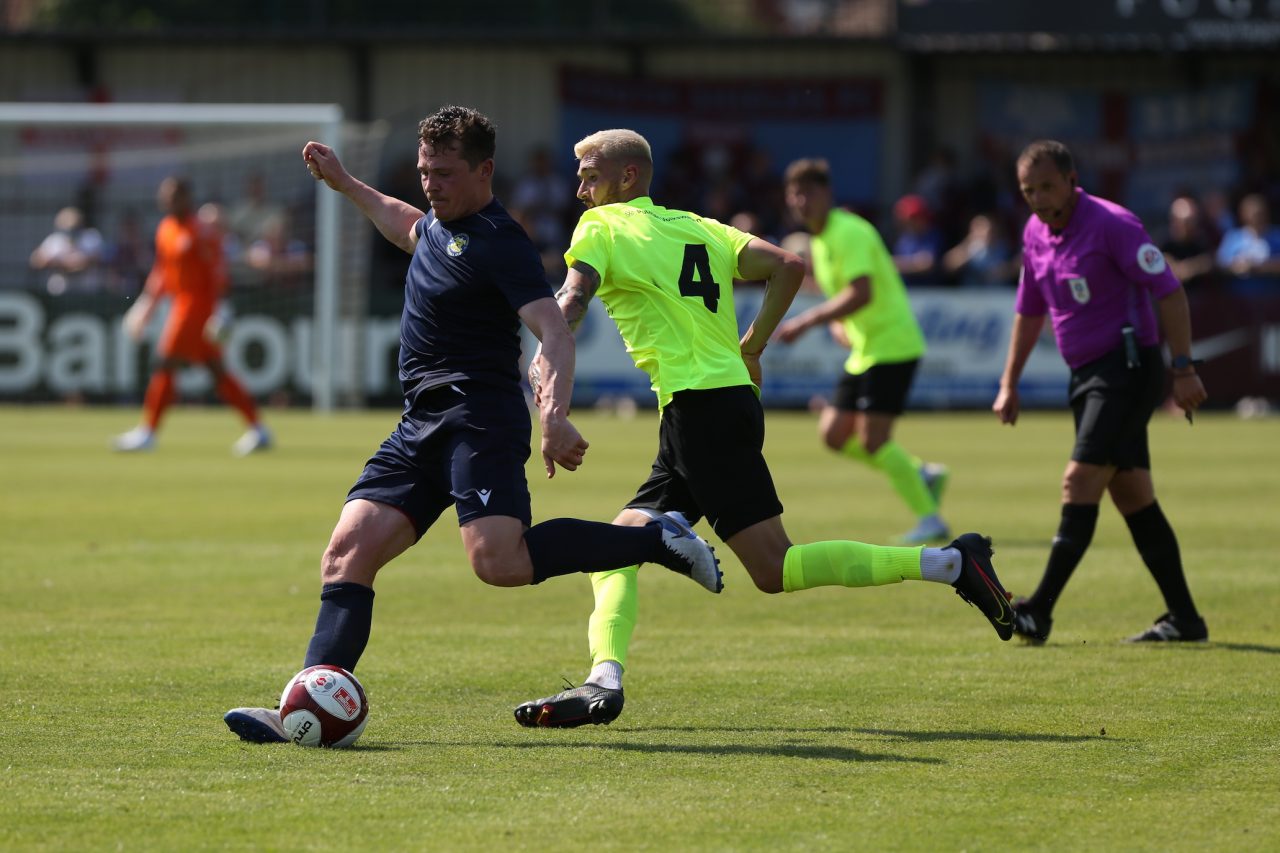 Stockton Town fell to a 6-1 defeat to Northern Premier League Premier Division side South Shields in scorching conditions at the 1st Cloud Arena.

Blair Adams and Alex Kempster gave the hosts an early two-goal lead, while Adam Nicholson pulled a goal back on the stroke of half-time, just a minute after Darius Osei scored at the other end.

Callum Ross and Osei scored in the first eight minutes of the second-half and Ntumba Massanka rounded off the scoring on the hour mark.

It was a great test for the Anchors, who now move on to Wednesday nights friendly at home to Morpeth Town.

Manager Michael Dunwell made just one change from Wednesday’s victory at home to Billingham Synthonia, with Jamie Owens coming into the starting line-up in place of Nathan Steel.

The Mariners started impressively with a flurry of chances, and the hosts made their early dominance count when Nathan Lowe clipped a ball into the box and Adams volleyed home from Kempster’s header across goal.

Stockton had the chance to equalise immediately as Sam Conway threaded a pass through to Jonathan Franks, but Miles Boney was on hand to make a good save.

The hosts reacted well as Kempster pounced on a loose back-pass to intercept Nicholson – who tried to recover the ball – and round Callum Roberts to fire home into the roof of the net.

Roberts was on hand to make a number of saves towards the end of the first period; first from Adams at close range then from Connor Tee’s low drive from the edge of the box.

Osei scored his first of the match shortly before the interval, Roberts’ punch clear went straight up into the air and the forward was on hand to head home into the net.

The Anchors found a consolation goal on the stroke of half-time. Kev Hayes’ free kick was glanced across goal by Tom Coulthard and Nicholson impressively turned home the rebound following Morse’s clearance off the line.

The hosts began the first half like they started the first, substitute Robert Briggs sent in a cross, which was chested down by Jon Shaw and turned home into the bottom corner by Ross. Moments later, Osei added his second of the game after getting on the end of Jordan Hunter’s cross.

Tee found space on the right flank to send an inch-perfect cross into for Shields new boy Massanka to slot home for the Mariners’ sixth of the game.

It was a test for the visitors in sweltering conditions on South Tyneside, and the Anchors will look to bounce back when they host Shields’ Northern Premier League counterparts Morpeth Town on Wednesday.