Stockton Town has played Senior Open Age Mens football since 2009/10 season we currently play in at Step 5 of the Pyramid in the Ebac Northern League Division 1.
In our 1st Season we competed in the Teesside League Division 2 and then successfully applied to to the Wearside League at Step 7 of the National Pyramid.
In 2015/16 we finally managed to upgrade our facilities to enable us to take Promotion to the Ebac Northern League 2nd Division at the start of the 2016/17 season. 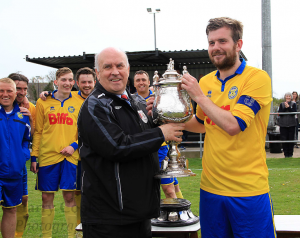