350 Not Out: A Captain’s Knock From Nicholson 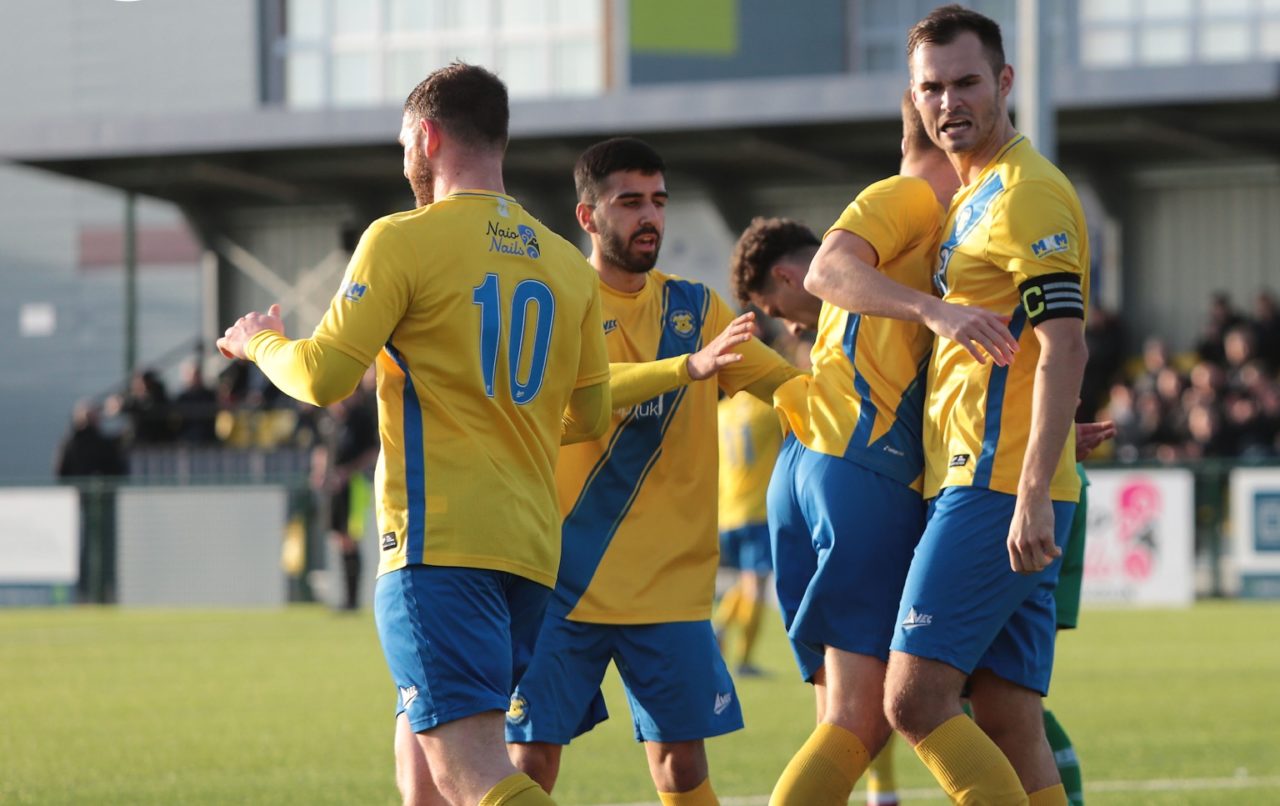 A lot has changed in the past ten years: we’ve had four Prime Ministers, the region’s “big three” have combined for a total of 23 managers and six different teams have been crowned Northern League champions. One thing that remains the same is the presence of Adam Nicholson at the heart of the Stockton Town defence.

The transformation of The Anchors in that period from a team playing on a school field to contesting a national final at Wembley has been equally if not more stark than that of the upheaval in North East football in that time.

Loyalty is an attribute that is becoming endangered in a game dominated by money and the instant gratification mindset of top professionals, who have traded testimonials for deadline day deals. The same can’t be said for many of the homegrown Teessiders who currently don the Stockton yellow.

The 3-0 victory away to Northallerton Town in the FA Cup marked the 350th time Nicholson had pulled on a Stockton Town shirt, a journey which began in 2009 with a trip to Acklam Steelworks. He sat down with Daniel List to relive some of the highs and lows of his ten years as an Anchor. 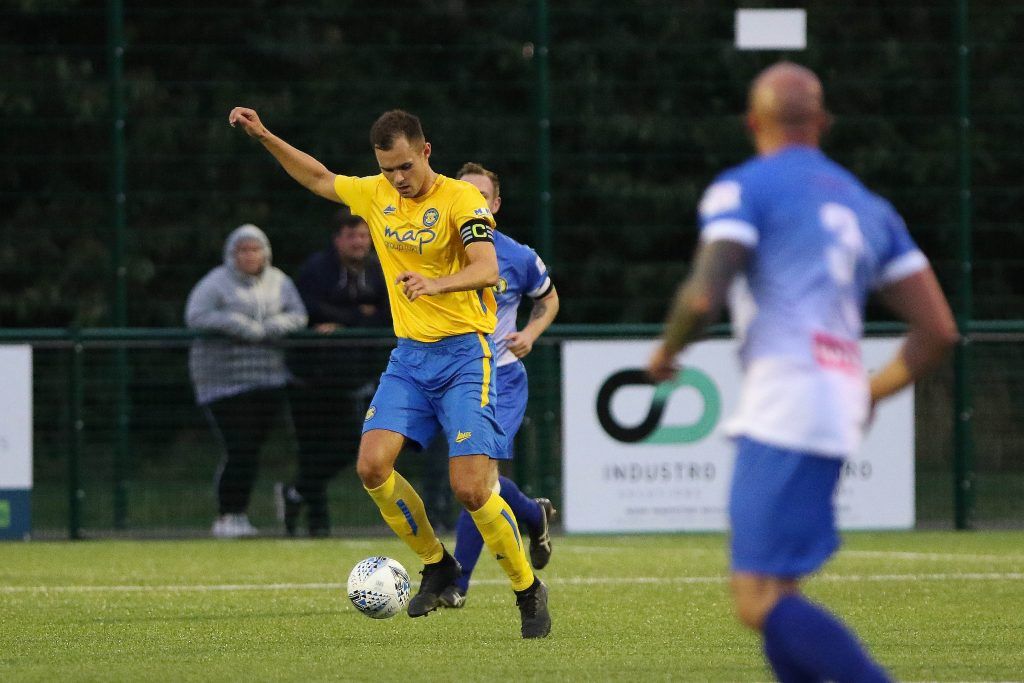 “The club has come on leaps and bounds in the last ten years. When I made my debut, we were playing outside social clubs and on park fields.

“Now, we’re regularly getting between 350 and 400 fans through the gate and that’s not to mention the 5000 we took to Wembley.”

The trip to Wembley, a somewhat preternatural step for a club in just its second season in the Northern League, is undoubtedly the pinnacle of the achievements for many Stockton fans. For Nicholson, it is the standout of a journey filled with memorable matches.

“There have been quite a few highlights along the way but none top that weekend at Wembley for the FA Vase final. It still doesn’t quite seem real 15 months on.

“The Vase semi-final second leg against Marske was a big moment for me personally after the year I’d had with injury. The atmosphere and celebration that day was something I will never forget. 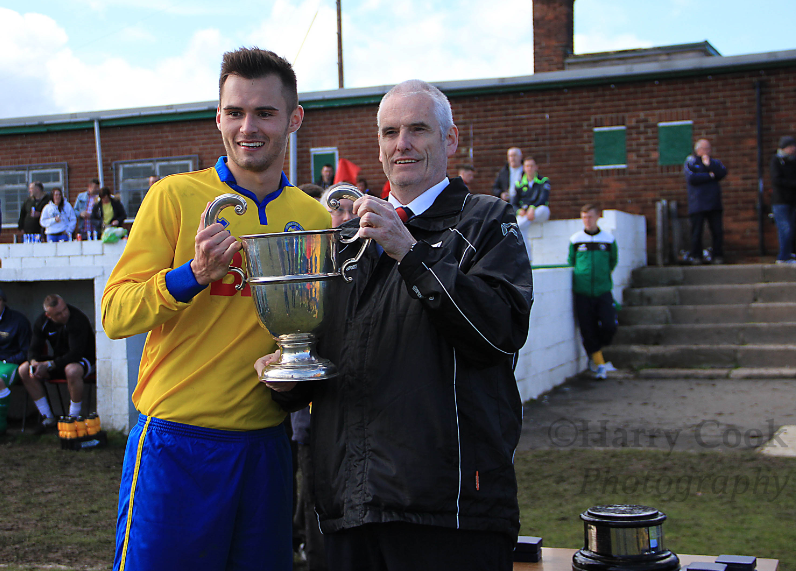 Nicholson’s tenure long pre-dates The Anchors’ arrival in the Northern League. As integral a cog in the Stockton unit then as he is now, the captain still holds fond memories of the club’s early success. He said: “In the early days we were written off by many in the Wearside league.

“We had a bad run as well and we ended up well behind, which meant we had to win the last 12 games to win the league. We did it and look where we are now.”

The four consecutive Wearside league triumphs were not without their own difficulties. With each title, the club’s inability to progress into the Northern League risked being a pyrrhic victory with the club’s star players demonstrating more and more that they were playing at a level beneath where their talents could eventually take them. 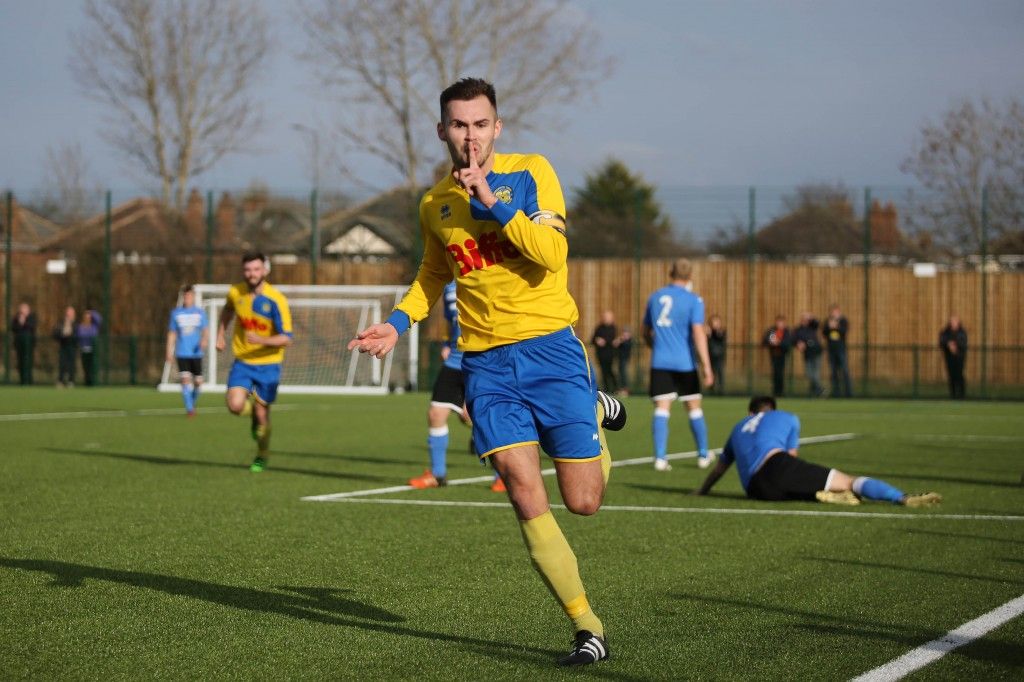 For Nicholson, he looks back on it as the most challenging time of his decade in yellow but points to the unity of the squad in this time as a factor in the club emerging stronger.

“The most difficult time has to be the years we couldn’t gain promotion from the Wearside League, especially the third year when it fell through.

“It was very tough to take and we thought it may never happen. Luckily enough, we stuck together and it all went to plan the season after and the rest is history.” 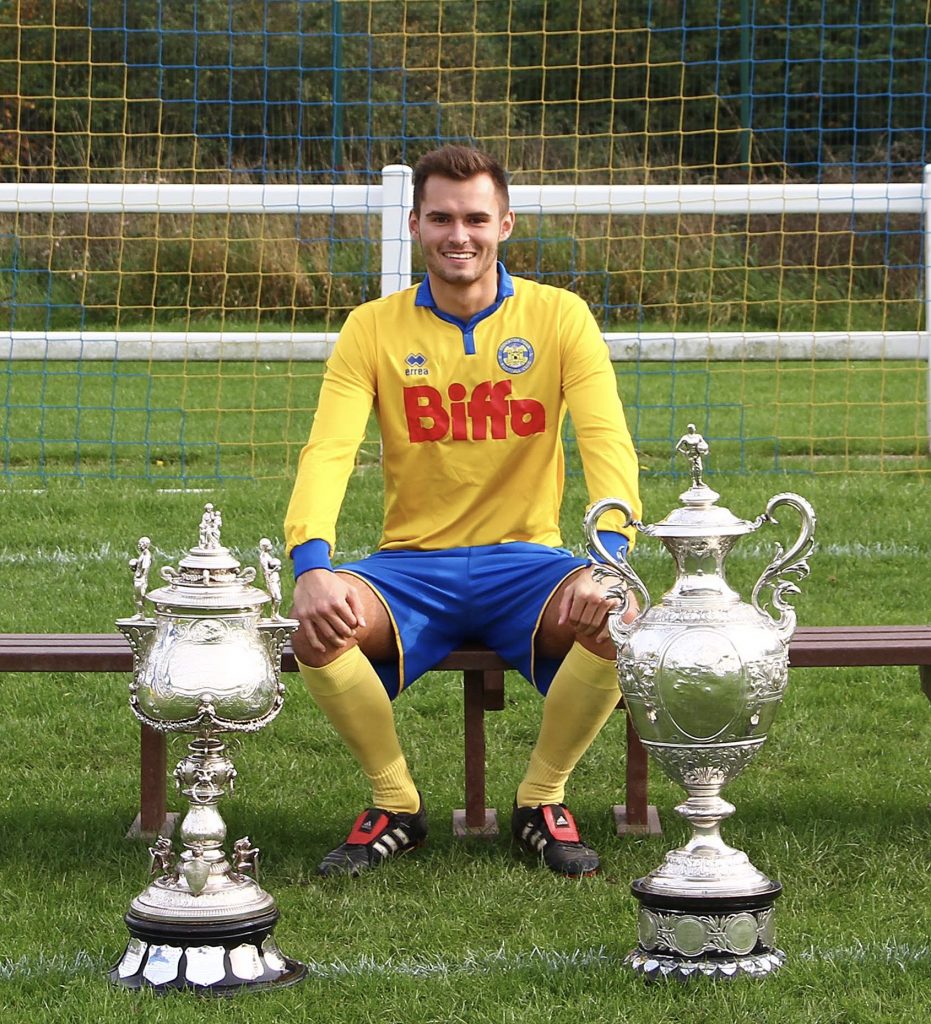 From park pitches to Wembley in the blink of an eye, the trajectory of Stockton Town is difficult to forecast and despite having 350 games behind him, the captain is only looking ahead to what the future holds. Inevitably he targets more success but Nicholson, like the rest of us, just wants to be part of the ride.

“I’d like some silverware as to be honest it’s been far too long.  As long as the club keeps improving and progressing on and off the pitch as we have done over the last few years, I’ll be happy.

“I know the club has targets to climb the non league pyramid and if I could be a part of that it would be a great achievement.

“I have met some great lads, who have become good friends on and off the pitch, and I’m sure it won’t be until we look back in years to come that we realise what the club has achieved over this period.”