The Anchors won through to the next round of the FA Vase against a very game Knaresborough side today. Stockton were tested in what was a classic cup game and came up with the answers although it took them an extra 30 minutes to clinch it.

There was a magnificent following from the Anchor fans and the majority of the 500+ crowd were from Teesside today.

Michael Dunwell restored King, McWilliams, Owens and Portas to the starting line up

Stockton were behind within the first couple of minutes as Knaresborough flew out of the blocks. A free kick was fired in and the clearance was picked up on the edge of the box by an unmarked Andy COOPER who crashed it back past Roberts into the top corner to make it 1-0

Shortly after was another scare when the referee gave a free kick for a ‘back pass’, which was actually a miscued clearance that Roberts collected, but luckily the kick was blocked for a corner.

There was an almighty scramble in the box on 14 minutes as Knaresborough threw bodies in the way the ball struck the post and bounced out to Owens who volleyed it against the bar and unluckily the rebound bouncing straight into the keepers arms.

The noisy Anchors following didn’t have long to wait though, Nicholson raced out to block a shot and found Kev HAYES who set off on one of his mazy runs and placed a neat left foot shot inside the far corner to level the scores on 20 minutes. 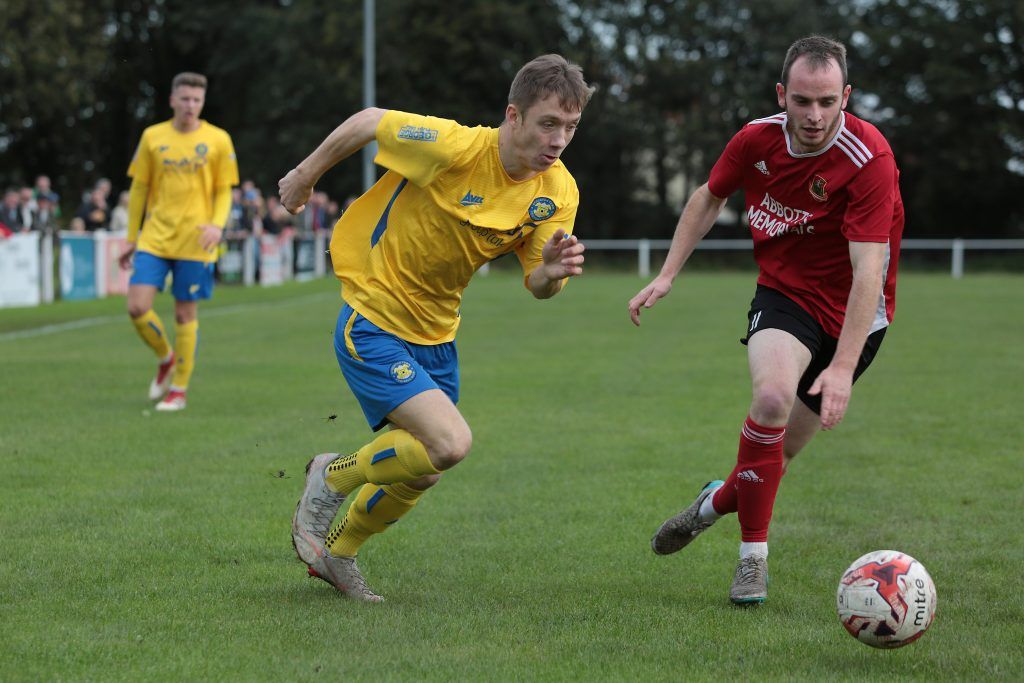 The Anchors seemed to take their foot off the gas a little then and the expected waves of attacks didn’t materialise in fact it was Knaresborough who looked more dangerous at times. Hayes did bring a good save out of Lee, after a great driving run forward by Portas, but Roberts was just as busy in the Anchors goal and he made a super save from Walkers rasping shot from 15 yards. 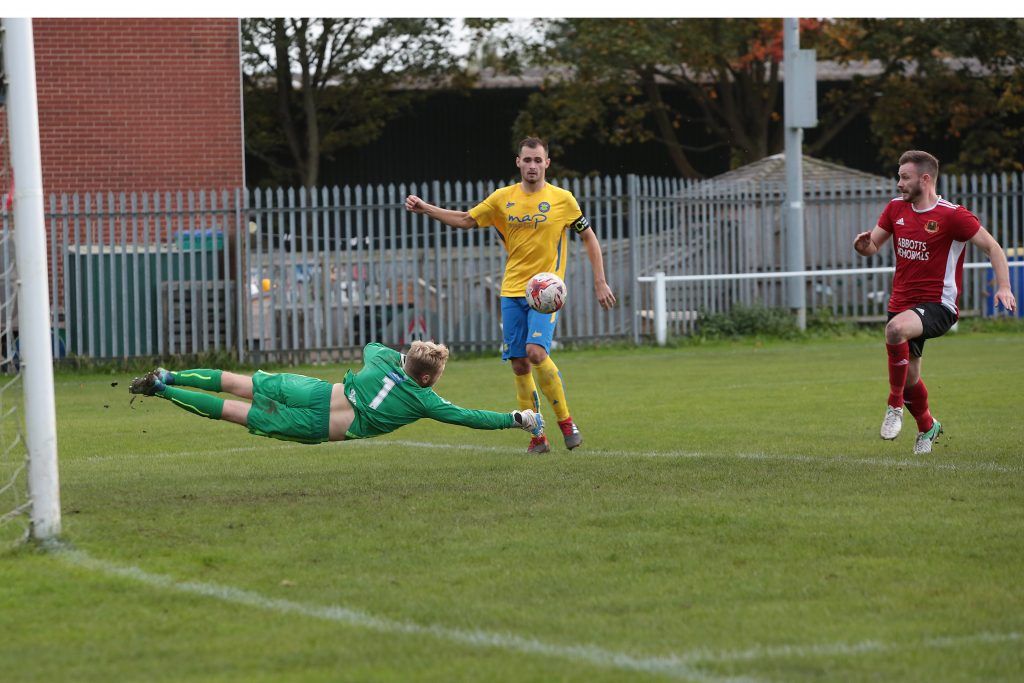 Knaresborough went into the break the happier as their continued direct game was finding in them good positions, Jack Carr was having a good game and he drew a foul out on the right, the free kick in was excellent and it’s pace deceived Roberts to find skipper LENEHAN, a handful from set pieces, with a simple task to head home at the far post to make it 2-1 at Half Time.

The Anchors equalised in the 69th minute, Risborough was fouled and Hayes free kick although not his best found OWENS who manufactured a volleyed effort which nestled into the bottom right corner of the net. 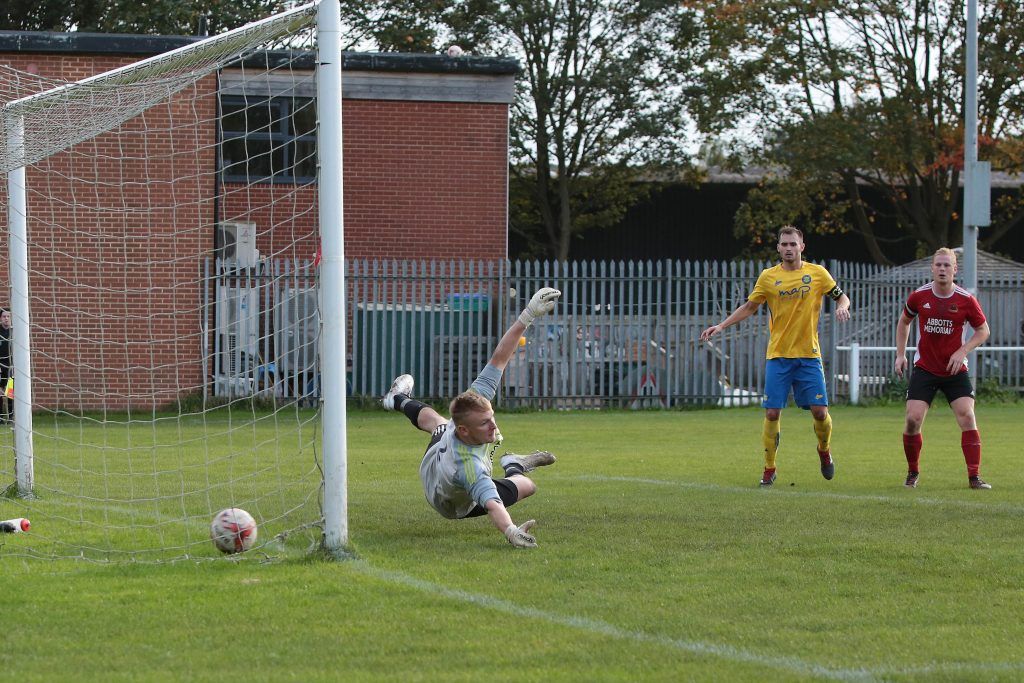 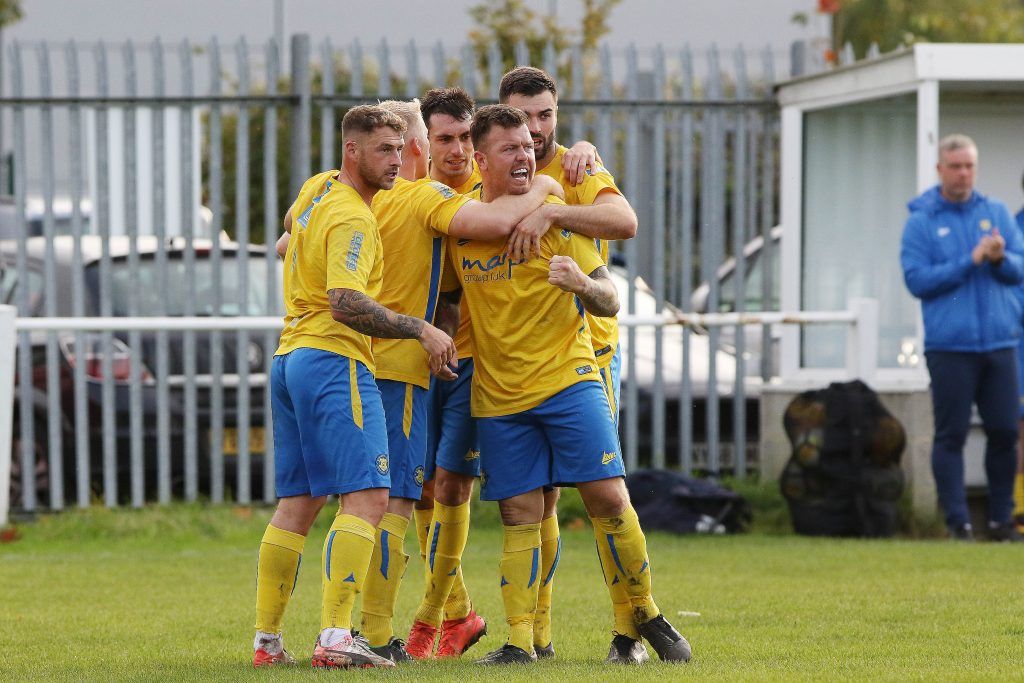 Stockton were in their stride now Hayes was causing all sorts of problems and dragging tiring defenders over to try and stop him as the game opened up.

All in the last 10 minutes, Hayes found Risbrough on the left and his shot was saved by Lee the follow up was scrambled away. 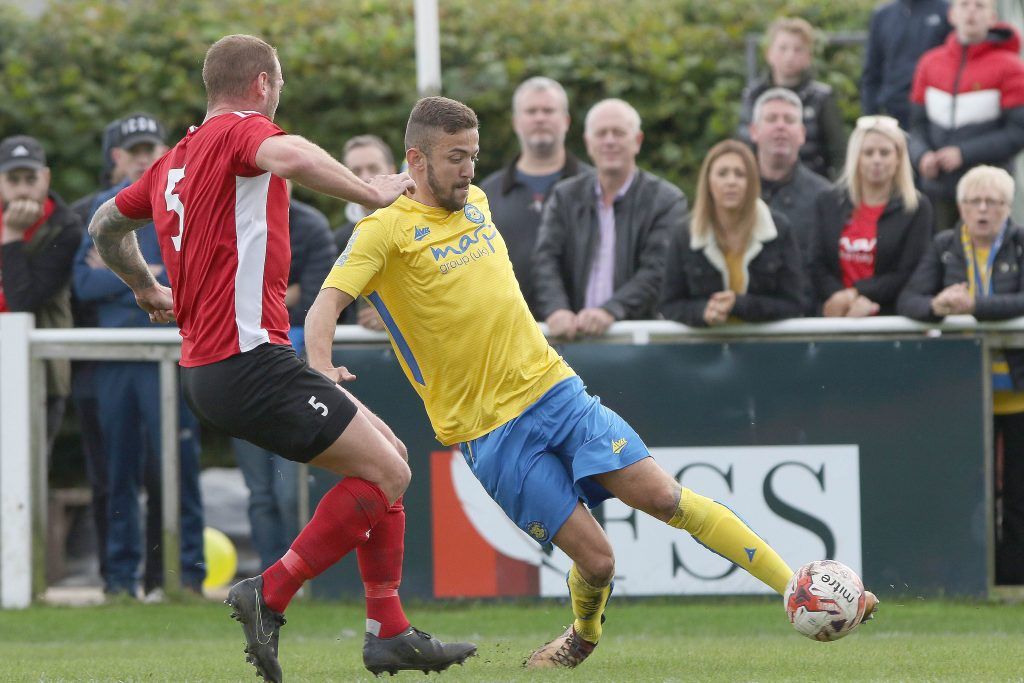 Risbrough’s shot was blocked by James

Owens rose to meet a Roberts cross and his powerful header was stopped again by Lee. Nicholson headed into the side netting from a King ball in but the best chance fell to Jordan Robinson who came in at the far post to meet Hayes right foot cross, his header was saved but with the keeper still on the floor and the goal at his mercy the midfielder who was falling backwards could only scoop his follow up over the bar from close range. FT 2-2

Extra Time started in the same way the Anchors pressing and working opportunities, Lee was in the game again saving a Nicholson header at his near post and the Knaresborough defence was packed and working overtime now. Roberts in the Anchors goal had to be on his toes to save from Baker as they broke away.

Pete Bulmer had two great efforts in the early stages of the second half of extra time, Lee parried the first away and the second one just curling wide of the far post.

2 minutes later and it was hearts in mouths as another long ball found Baker racing into the box but he couldnt keep his effort down as McWilliams closed in to challenge.

With 6 minutes left it was the inimitable Jamie OWENS who finally managed to break the deadlock, receiving the ball in the box from King with a great bit of skill he danced by the keeper and cooly lifted it over the diving defender on the line to kick off huge celebrations and send the Anchors through to the next round. FT 3-2 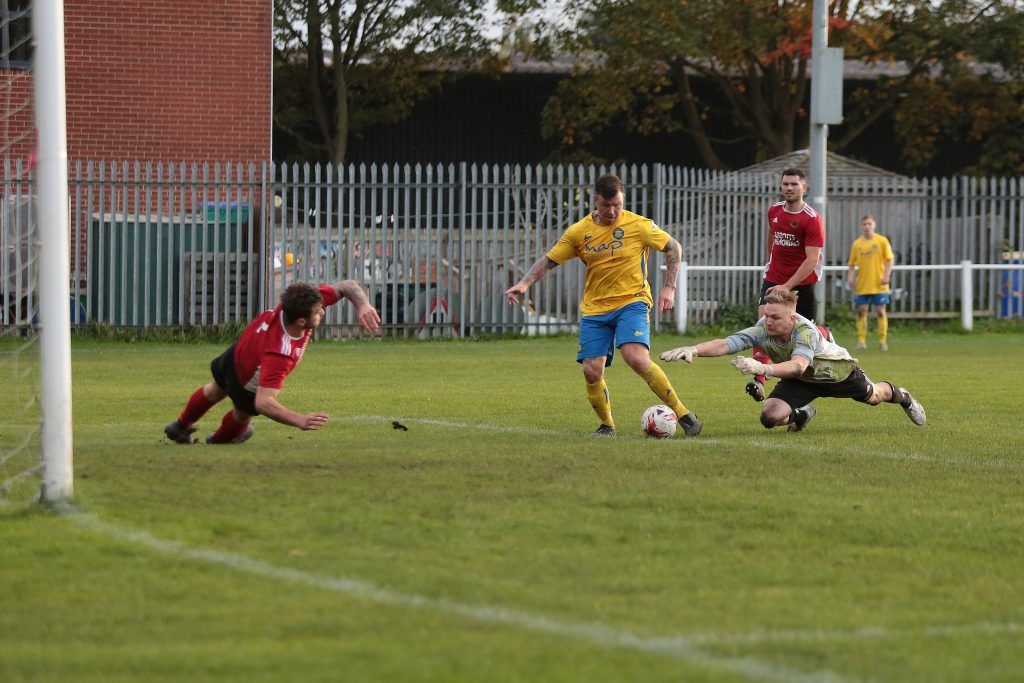 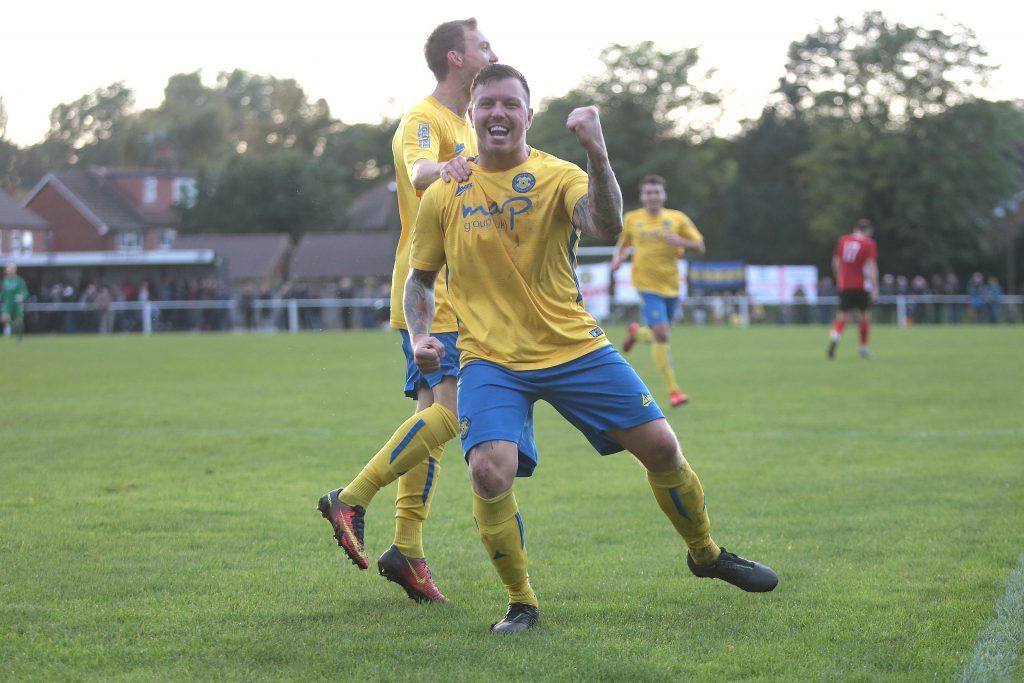 Knaresbrough had their share of opportunities in the first half but second half and extra time were all but dominated by The Anchors and only a string of saves by keeper Lee kept the scores level. Stockton were given a good test today but they came through it with flying colours Tom Coulthard and Kev Hayes were the stand out players with Tom Portas in excellent form too, Jamie Owens as usual got the job done when it mattered.

The Anchors fans travelled in their hundreds and created a brilliant atmosphere for everyone to enjoy, special thanks to them.

Esh Winning on Wednesday to complete the League Cup Group and then another tough one away to Rhyope.