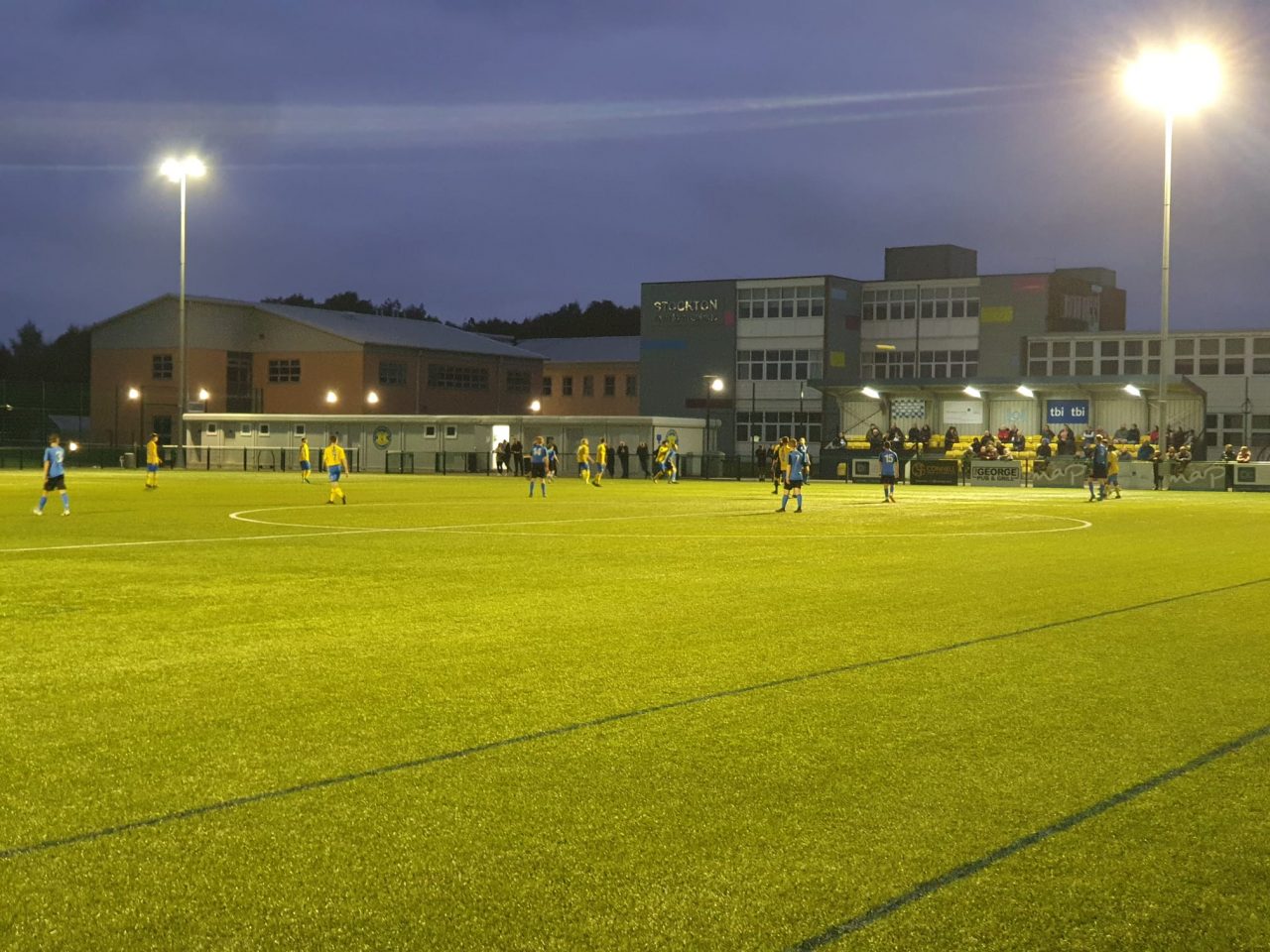 Stockton Town U18s cruised into the First Qualifying Round of the FA Youth Cup with a convincing performance against Ryton and Crawcrook Albion.

Justin Taylor, Ben Jones and Ryan Johnson scored the goals as Liam Cox’s side booked a meeting with either Workington U18s or Bishop Auckland U18s in the next round.

Speaking after the game, manager Liam Cox believes the team were “brilliant” from start to finish and praised his young side for a controlled performance.

He said: “I thought the team were brilliant. We controlled the game from start to finish from minute one. We didn’t have any particularly rough spells, we dictated the play throughout.

“For a young side, that had never played together before and are predominately first years, they showed great composure and followed the plan to a tee.”

From the U18s side that reached the JPL National Cup Final in June, only Taylor and Alfie Conway remain with the team. Conway was signed to the first-team over the summer, but is eligible to take part in Youth Cup matches.

Conway played his part with two assists, first for Taylor’s headed goal after 23 minutes then a cutback for Johnson with 15 minutes to play.

There were plenty of positive performances from the whole squad last night, and the U18s manager believes the squad has a chance to emulate last season’s team.

He said: “We’ve not had long with the team, so we told them to go and express themselves, we’ve got the talent and ability to do so.

“Last year was an outstanding team, that’s gone now and it’s an opportunity for the lads to put themselves on the map.

“We saw last year, lads were getting opportunities with the first team, it’s a great chance for them to follow suit.”

The score line could have been a lot higher for the Anchors, with the home side missing a penalty, striking the woodwork and Ryton’s goalkeeper making some excellent saves.

“The quality showed when we looked to build up speed, they can distribute the ball high up in the final third.

“But for their ‘keeper making some really good saves and us not taking our chances, the score line probably doesn’t reflect the dominance.”