We have to work even harder, says captain Nicholson 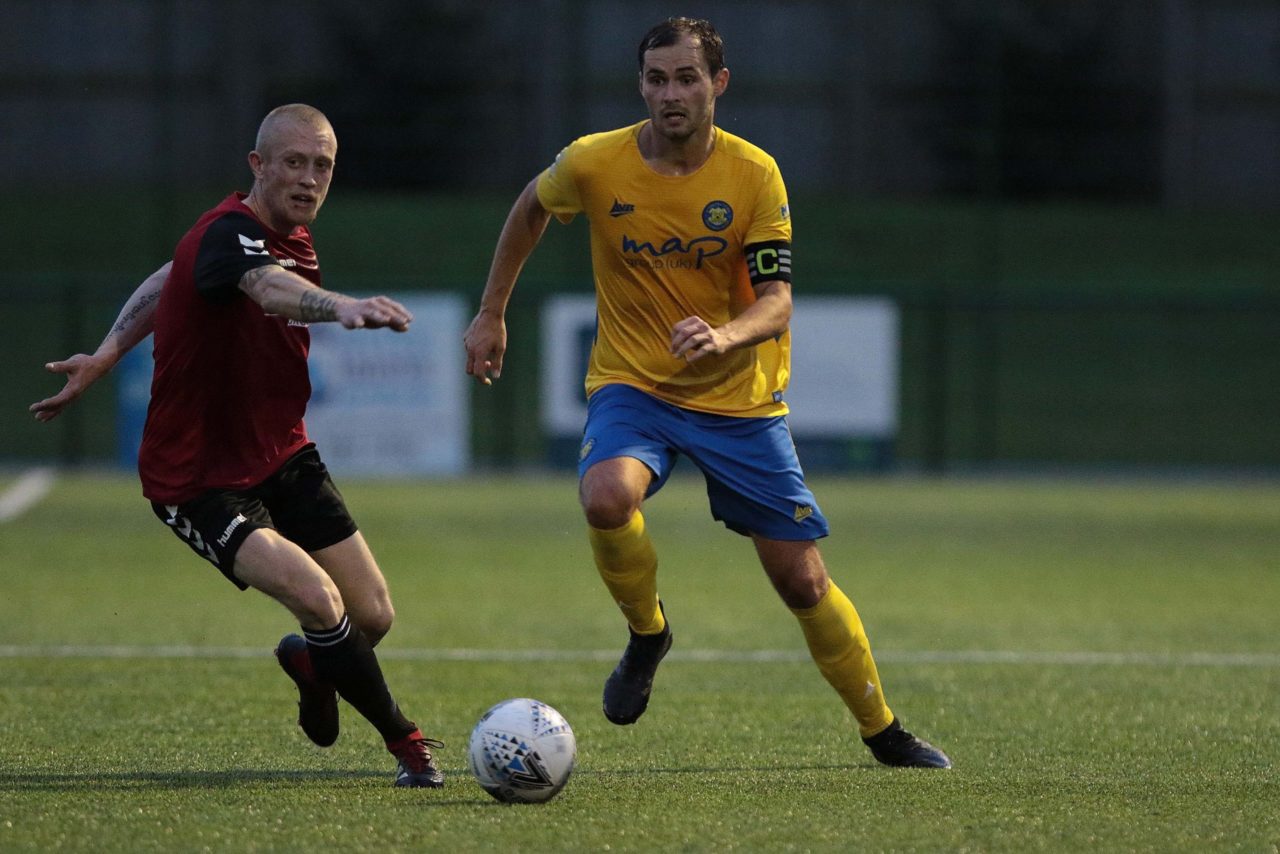 Captain Adam Nicholson believes the Anchors will have to work even harder to emulate their position before lockdown.

It has been well documented that the pandemic cost Stockton Town their greatest prize to date of promotion from the Northern League.

After coming to terms with the disappointment, the players are ready for the challenge of getting back to where they were.

Speaking on the return, Nicholson said: “It was just good to get back with lads really.”

“It was hard work taking it right to the middle of March and have it taken away from us.”

“We’ve just got to work even harder to get back.”

“Another good 90 minutes for a lot of the lads, poor result but were better in spells than we were Wednesday.”

“We were a lot better but there’s still plenty to improve upon.”

“We’ve got to take the positives and move onto South Shields on Wednesday and Whitby on Saturday,” Nicholson told Anchors TV.

The improved performance on Wednesday could be attributed to the fans who made their return to the sidelines- albeit only 150 of them.

Nicholson said: “It was good to see the fans back today, that was big thing from last season,

Focus now turns to the final two friendlies of pre-season as Stockton test themselves against higher league opposition in Whitby and South Shields.

Nicholson enjoyed his last meeting with the Mariners, netting twice in an memorable 2-1 win at Mariners Park back in February.

“I wouldn’t mind another two on Wednesday but another top side.”

“I’m assuming they’ll be a lot stronger than they were last year as well.”

“It’ll be a good game, another one to look forward to and get good minutes into the legs ahead of Whitby on Saturday.”