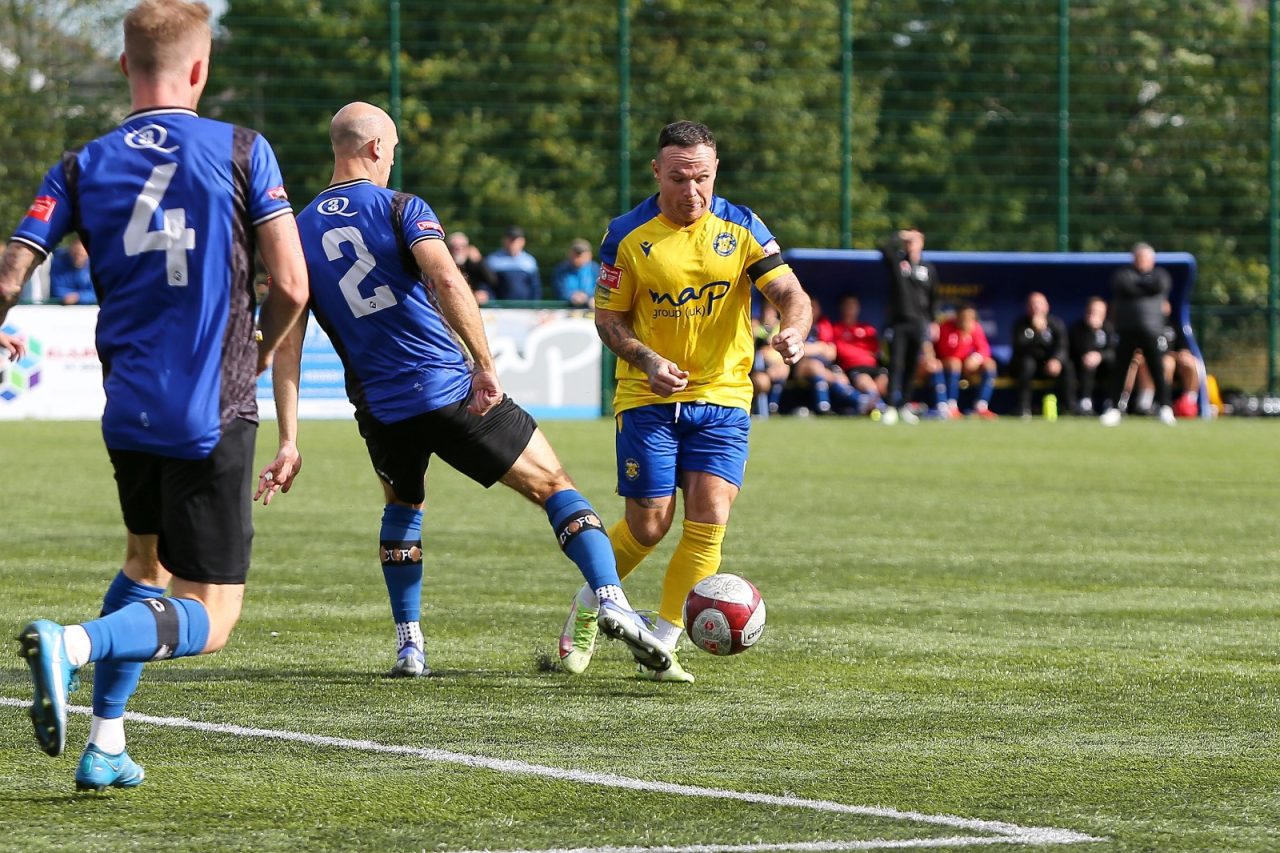 Stephen Thompson first-half strike proved to be the difference as Stockton Town maintained their 100% record in a game where both teams ended with ten men.

Thompson scored the game’s only goal shortly before the quarter hour mark.

The second half was a feisty affair as both sides had a man sent off.

Cleethorpes Town defender Tim Lowe was sent off for a second yellow card. Then goalkeeper Callum Roberts saw red to even up the sides.

The Anchors managed to see the final part of the game out to continue their winning start to the season.

Stockton Town came into the game on a high following their impressive midweek FA Trophy exploits.

Stockton Town started the game strongly and opened the scoring when O’Neill played down a Cameron Painter chip through for Thompson to finish expertly.

The Anchors had another chance soon after when Adam Nicholson almost connected with a wonderful cross from Tom Portas.

Stockton had another opportunity to double their lead when they awarded a free-kick just outside the penalty. Nathan Mulligan saw his effort deflect off the wall and loop over the crossbar.

Shortly before halftime Stockton came close again when Nicholson struck the crossbar from a Hayes corner.

Early in the second half, Cleethorpes had a half chance when Declan Howe worked some space for himself before he sent an effort wide.

Portas almost got himself a rare goal when N.Mulligan’s free-kick was cleared to him and he sent in a fierce volley which Tom Collins palmed away.

In the final twenty minutes the game turned into a full blooded affair.

Cleethorpes Town were reduced to ten men when Lowe was shown a second yellow following a clash with Hayes.

Stockton almost made the extra man count when Nicholson found himself waltzing inside the box before he sent a shot which was deflected behind for a corner.

The Anchors were then reduced to ten men when goalkeeper Roberts brought down Howe before he was about to advance into the penalty area.

From the resulting free-kick, Howe sent his effort over the crossbar.

Stockton Town should have added a second in stoppage time but N.Mulligan could only hit the crossbar after he was played through. Then Liam Cooke saw his effort saved after the ball was pulled back to him by Kevin Hayes.

In the end Stockton saw out the game to extend their 100% record to seven league games.

Next up is a trip to Hebburn Town in the FA Trophy on Friday night.