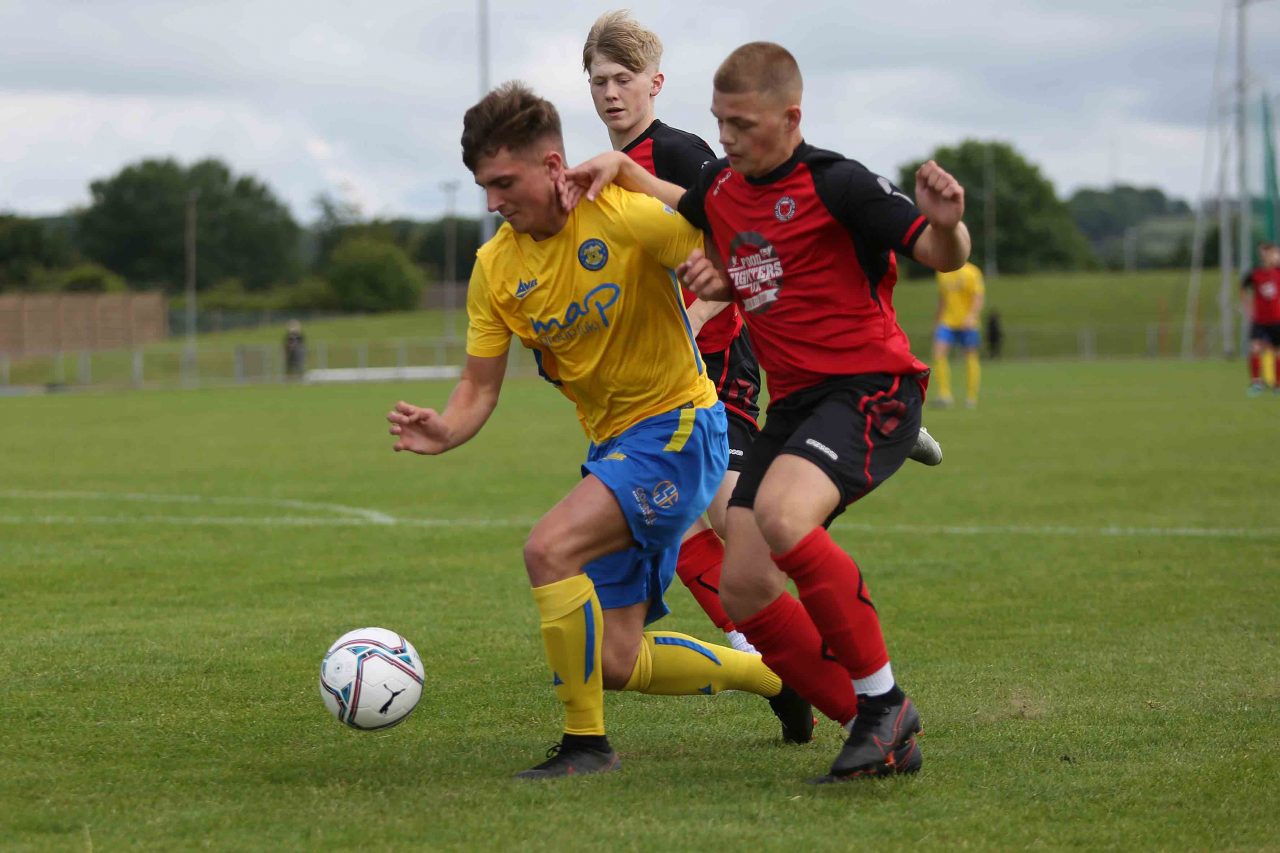 Gary Mitchell gave the Anchors a deserved lead after 10 minutes with a calm finish, before Netherton equalised through a rebounded penalty just before half-time.

Netherton went on to take the lead in the second-half before making it 3-1. Sam Conway struck an excellent free-kick in added time to give the Anchors hope, but the side from Cambridgeshire held out to claim the trophy.

Stockton started the better of the two sides, applying early pressure through a succession of free kicks, and the pressure told in the 10th minute as Gary Mitchell collected the ball in the penalty area and finished calmly into the far corner.

Netherton should’ve been level shortly after, Alves beat the offside trap, but fired over when he went through one-on-one with Jack McCally.

The Anchors then had chances to punish that error with, and almost doubled their lead on 23 minutes, Mitchell chipped the onrushing ‘keeper but his trickling shot was cleared off the line.

Netherton were then awarded a dubious penalty when Lennox Barry was seemingly pushed in the area but the referee awarded a spot kick. Jack McCallay saved Younus’ effort from the spot but the midfielder collected the rebound to level the game.

Liam Cox’s side had calls to be awarded a penalty themselves when Brad Povey was fouled inside the area, but the appeals were waved away by the referee.

Netherton created the biggest chance to take the lead shortly after the half-time break, a scramble in the Stockton penalty box resulted in several blocked shots and the ball was eventually cleared.

The side from Cambridgeshire did take the lead on 63 minutes, Arminger with a cool finish past McCally.

Stockton earned a free kick in a dangerous position around the Netherton box, which Donachie fired over before Sam Conway sent in a low cross that evaded everyone in yellow.

The Young Anchors were unlucky not to be level from a goal mouth scramble, with the ball eventually being cleared.

Netherton seemingly wrapped up the game in the 90th minute from a counter attack as the Anchors piled forward, Kodi with time to find the far corner.

The Anchors piled players forward in search for the two goals needed to force a penalty shoot-out, with Alfie Conway hitting the crossbar from a free-kick.

Sam Conway then stepped up and curled home a free-kick to give Liam Cox’s side hope of sending the game to penalties, but Netherton held on to win the JPL National Cup.

During one of the most difficult seasons, the Young Anchors can take great pride in their achievements, despite falling short in the final.