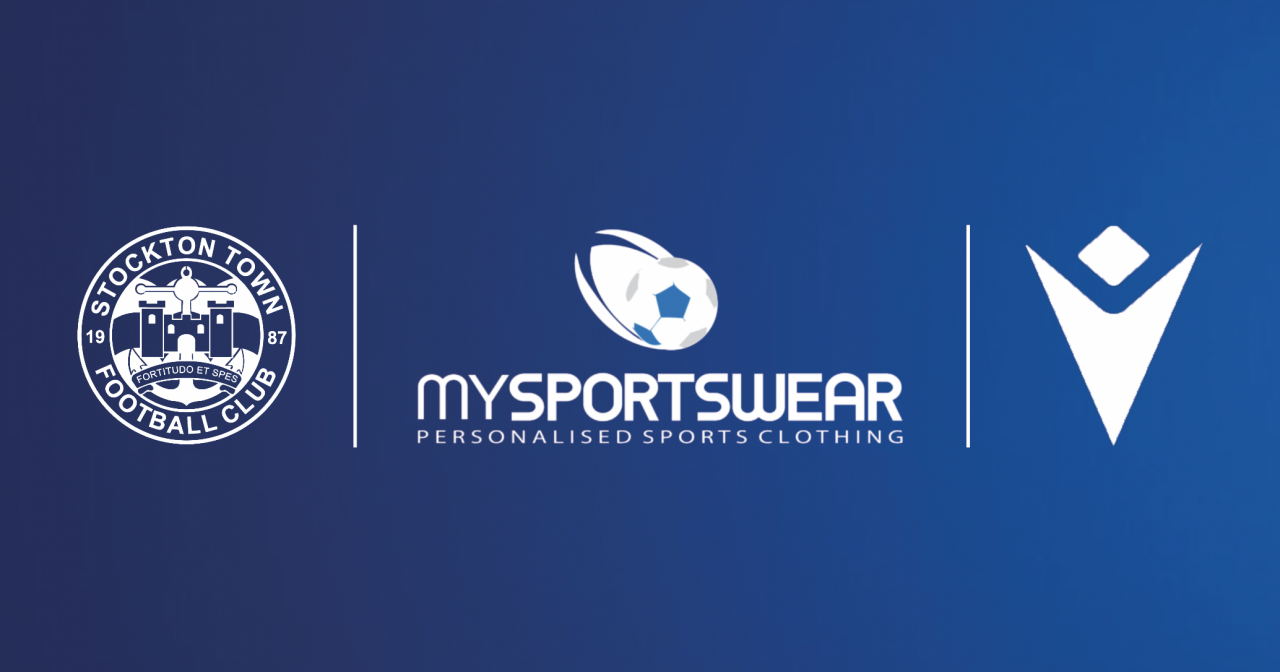 Stockton Town Football Club is delighted to announce an exciting kit partnership with Macron and mysportswear on a three-year deal.

As the club progresses on the field, with promotion to the Northern Premier League East Division confirmed on Tuesday afternoon, the new kit partnership is a major step forward for the club.

Macron, an Italian sporting apparel company based in Bologna, is one of Europe’s leaders in active sportswear, who also operate in a number of sports outside of football.

Stockton’s home and away strips, and also training and leisurewear, will now join those worn by some top clubs on the Macron production line such as Lazio, Real Sociedad, Nottingham Forest and Blackburn Rovers.

With excitement building, the Stockton Town 2021/22 home and away strips will be revealed soon, with an opportunity to pre-order in readiness for the new season.

MAP Group UK have once again backed the club with the main front of shirt sponsorship, while CDE, Lucid and Close Protection will adorn the back of shirts, MKM and George Bar & Grill as sleeve sponsor – Lucid will also be the back of short sponsor.

Commercial Director Craig Higgins said: “We are excited to announce a three-year deal with mysportswear and Macron for the manufacture and supply of the Clubs Playing Kit, Replica Shirts and Leisurewear.

“From our initial discussions with Mark and Theresa at mysportswear, and Andrea Palilla at Macron, we were taken aback by the depth of knowledge of the local football scene and in particular that of Stockton Town.

“We have long recognised that our sponsors and supporters are the lifeblood of our football club, and we are delighted to be able to offer them high quality apparel from one of the market leading brands in Macron supported by the retail expertise of the mysportswear team.”

Andrea Palilla, from Macron, commented: “The strong presence of Macron in English football is further enriched by the partnership with Stockton Town Football Club.

“We are delighted to strengthen our Macron Hero brand within the North East and to bring our range of technical team and leisurewear to this ambitious & successful club through our partners at mysportswear.”

Theresa Mason, from mysportswear, added: “We are looking forward to working closely with Stockton Town Football Club. As a local teamwear supplier we recognise the club has passionate supporters, huge ambitions and provides an impressive pathway for its growing Junior section.

“We are excited to introduce them to the professional and extensive range that Macron provides”.