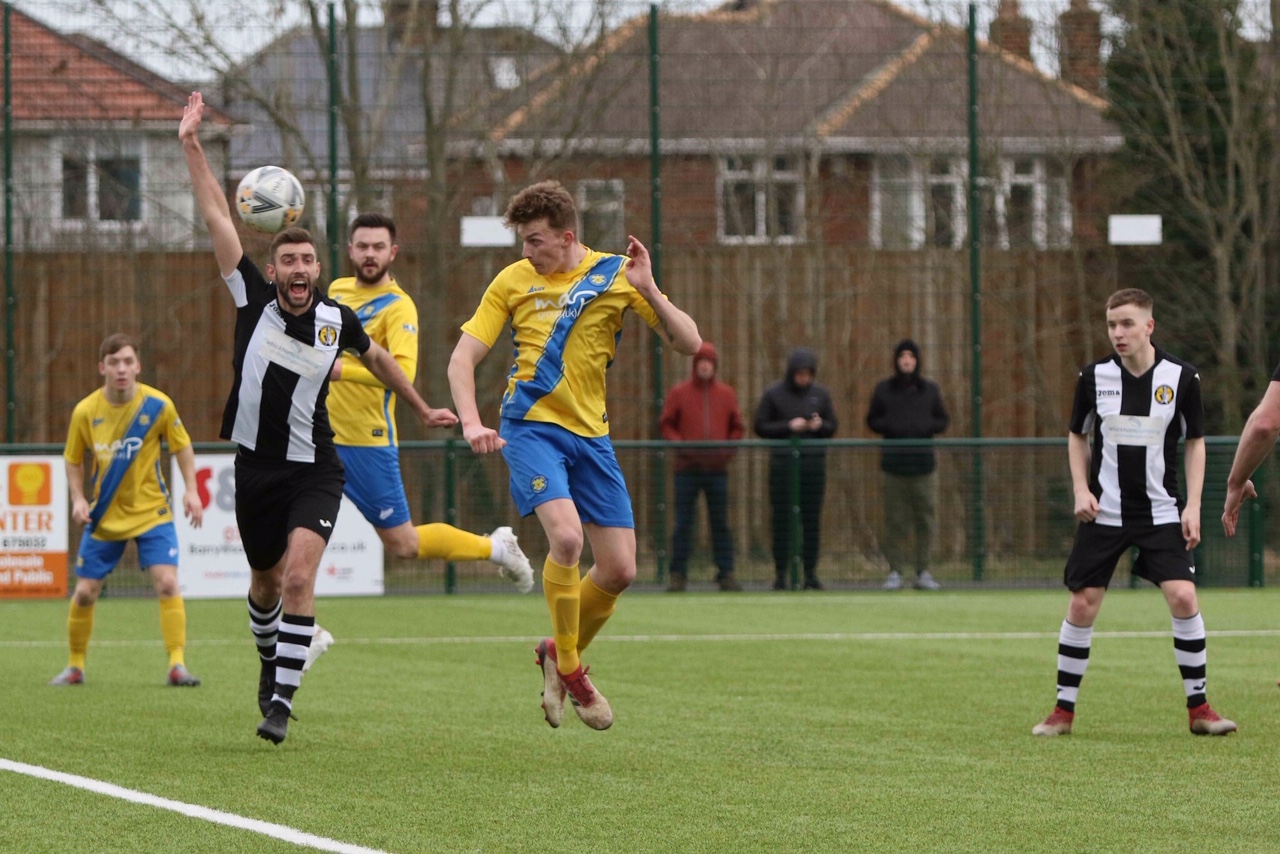 Two goals from Sonni Coleman helped Stockton Town return to winning ways with a 4-2 victory over Whickham at the Coverall Stadium.

Coleman’s brace was sandwiched by goals from Fred Woodhouse and substitute Chris Stockton to earn all three points for Michael Dunwell’s side.

The Anchors had started brightly and raced into a two goal lead in the opening ten minutes. However, they would have to do things the hard way as they would allow the visitors to get back on level terms before Coleman and Stockton eventually secured the points.

Stockton couldn’t have made a better start to the contest and they led inside the opening two minutes. Woodhouse picked the ball up just outside the Whickham area and struck towards goal. He connected well but Dimi Tsapalos allowed the ball to squirm under his grasp and the ball trickled over the line to break the deadlock.

The second wasn’t far behind and it was a wonderful team goal from Stockton as the home side dominated the early going. Some excellent, intricate passing saw the Anchors work the ball out wide to the right to Peter Bulmer. He fizzed in a low cross that found Coleman advancing in the area and he fired past the helpless Tsapalos to double his side’s advantage.

The Anchors were in cruise control but they were to allow their visitors a route back into the game. On 22 minutes, Lewis Orrell skipped past Adam Nicholson down the right and squared the ball to Damien Stevens in the centre. The forward made no mistake with the finish and gave his side renewed optimism.

The visitors would go on to carve out a good spell of pressure and had two excellent chances to draw level before half time, both falling to Matty Pattison. He fired the first chance wide of an open goal with Anchors ‘keeper Josh Moody down injured and should have done better with a header from an Orrell cross just before the interval.

The equaliser eventually came two minute before the hour mark as a good spell of pressure from the visitors finally told. Max Cowburn controlled the ball just outside the Stockton area before unleashing a stunning strike that Moody could only watch fly into the corner of his net.

The leveller seemed to galvanise Stockton and it wasn’t long before they recaptured their grip on the game. The Anchors took a quick free kick and caught the Whickham defence napping as James Risbrough squared the ball into the area from the left and Coleman slammed home his second of the afternoon.

Whickham refused to give up and Pattison went close with an effort from range that had Moody concerned for a moment. They continued to press but found another equaliser all too elusive.

The contest was finally settled in the final minute when substitute Chris Stockton, who had missed a glorious opportunity to seal the points just moments earlier, received the ball in the area, cut back onto his left foot and slotted the ball past Tsapalos.

It was a welcome win for Michael Dunwell’s side, who now turn their attention to next weekend’s trip to high flying Bishop Auckland.