REPORT: Spirited Anchors Out Of Cup As Mariners Edge Thriller 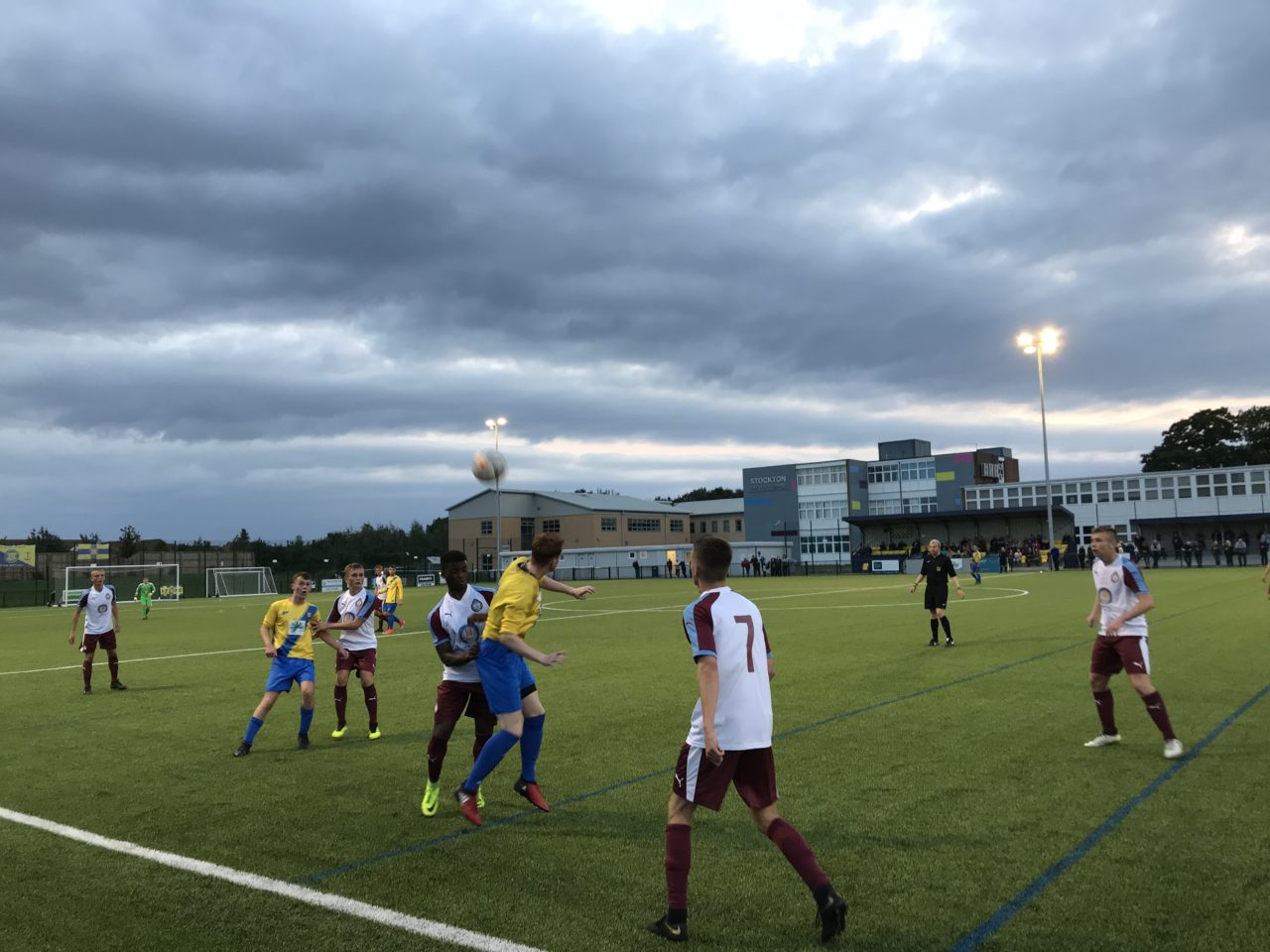 Despite a spirited effort, Stockton Town under-18s were knocked out of the FA Youth Cup as their South Shields counterparts edged a seven goal thriller 4-3 at the Coverall Stadium.

The young Anchors led for large parts of the game but Sam Hodgson’s goal ten minutes from time edged the tie and sent The Mariners through to the next round.

Stockton couldn’t have asked for a better start and they led within the opening minute. Jayden Gray latched onto the ball and composed himself in the area before finishing clinically past Ethan Hodgson to break the deadlock.

The lead could have been two just moments later as the hosts continued their electric start to the contest. Michael Davis caught Emerande Yembe napping in possession midway inside the South Shields half. He delivered a telling cross from the left which found its way to Joe Smith advancing from the right. He connected well with a half volley but dragged his effort wide of the post.

The Mariners were stunned momentarily by the start Stockton had made but gradually began to build a foothold into the game. They fired a warning shot when William McCamley’s inswinging corner was begging to be tapped home but somehow skipped past everyone in the six yard box.

A point blank save from Jack McCall in the Stockton goal denied Dom Minchella from levelling as South Shields settled into the game. Just a minute later, the visitors were incensed when the referee turned down a huge penalty appeal. Michael Colquhoun was sent through on goal, one on one with McCall, and went down claiming a trip from the goalkeeper. The referee disagreed to the bewilderment of Graham Fenton and his players.

Stockton rubbed salt into the wounds literally seconds later. The hosts went up the other end of the field and earned a free kick 25 yards out from goal. Gray stepped up and arrowed a stunning strike into the top left corner to double the lead for The Anchors. 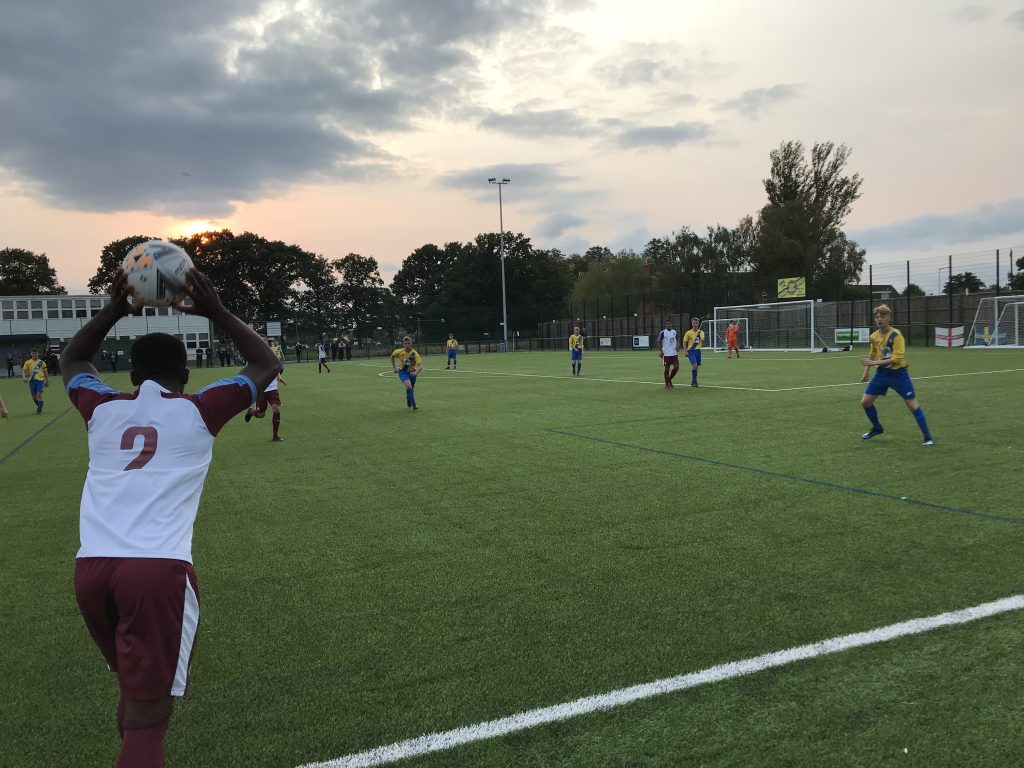 Despite the setback, South Shield built a good spell of pressure and their pace in wide areas caused frequent problems for the high Stockton defensive line. They would eventually get the goal they had threatened on 27 minutes. McCamley was released on goal and showed good composure to round McCall and send his side into the interval trailing by just one.

South Shields enjoyed the better of the opening moments of the second half and their leveller came just five minutes after the restart. Colquhoun was surrounded by Stockton defenders but manufactured space for himself before finishing low to McCall’s left from the edge of the area.

The young Anchors demonstrated their character and were ahead once more just six minutes later. Brad Marron’s free kick from the right was inviting and Mitchel Wilson rose highest to finish past Hodgson and regain the lead for his side.

The drama in this topsy turvy tie was far from over, however, and Stockton’s lead would last just twelve minutes. Despite the hosts making several attempted clearances in a scramble in their area, the ball fell, rather fortuitously, at the feet of Colquhoun. The forward stabbed home the equaliser from close range to set up a grandstand finish.

South Shields came agonisingly close to hitting the front just two minutes later. Substitute Stephen Black won the ball before unleashing a drive from range that looked destined for the net. The diminutive midfielder’s effort beat McCall but cannoned back off the crossbar and parity was maintained temporarily.

The winner came ten minutes from the final whistle as The Mariners grabbed the lead for the first time. An initial effort was parried by McCall but not far enough away from goals and the ball fell kindly to Hodgson. The substitute made no mistake in slotting home the winning goal.

It was an excellent effort from a young Anchors side that gave their all in front of a decent crowd at the Coverall Stadium. They will have plenty of positives to take from the game, albeit with the simultaneous disappointment of a cup exit.