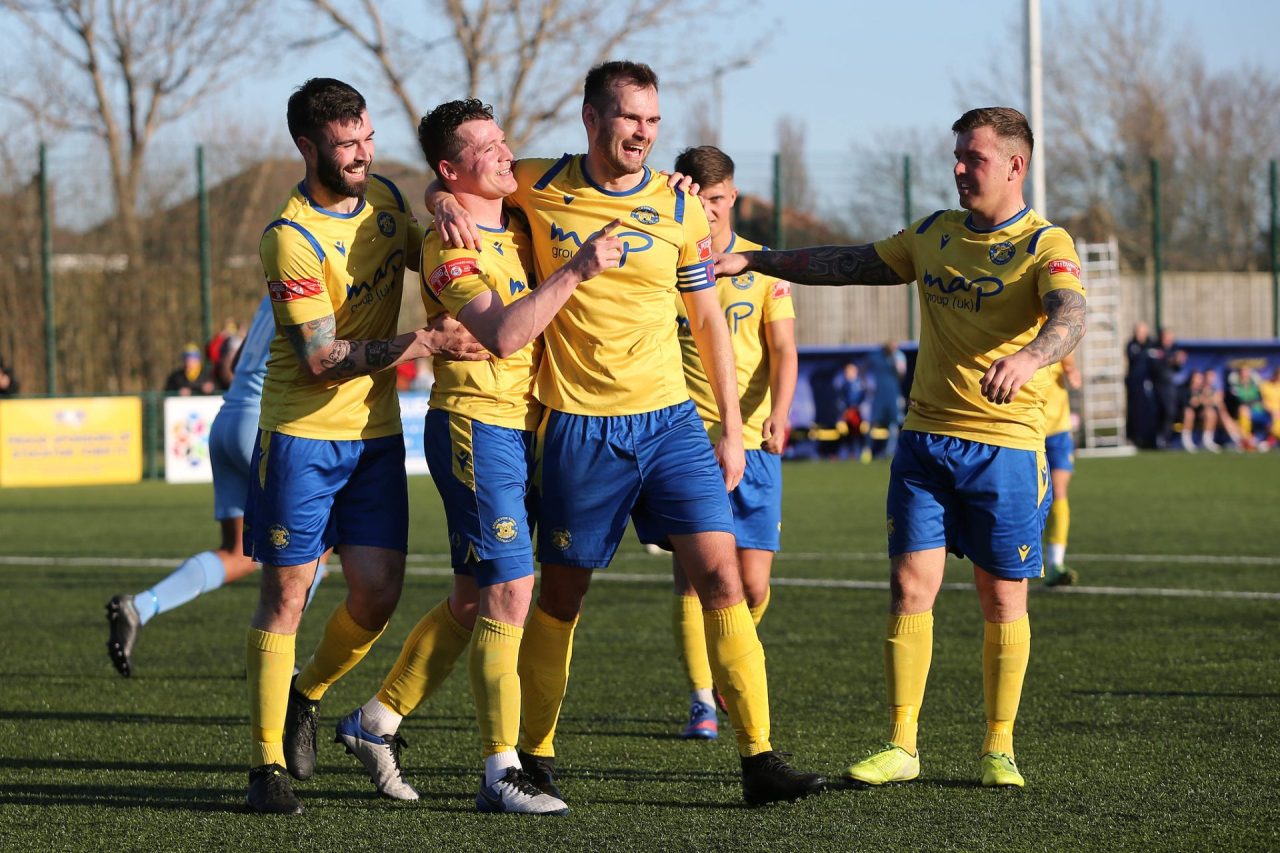 Two hundred and fifty days on from the opening day of the maiden Northern Premier League East Division campaign, the curtain is set to close on the first non-league season to reach a natural conclusion in three years.

A total of 1,082 goals have been scored across 333 games in the division, at an average of 3.25 goals per game. Liversedge currently lead the way on 96 strikes from 35 matches, while Marske United forward Adam Boyes is set to win the golden boot with 28 goals in 35 games.

Alongside Liversedge and Marske, Cleethorpes Town, Stockton Town and Shildon will be involved in the end of season play-offs, which will take place next week.

Ahead of the final set of matches of the season, we review what happened over the Easter Weekend and preview who needs what at the top end of the table.

What happened over the Easter Weekend?

Liversedge moved a step closer to clinching the East Division title, and automatic promotion to the Premier Division, with a 1-1 draw at home to in-form Brighouse Town on Easter Monday.

The champions-elect had taken a giant stride towards the East Division crown with a vital 2-0 win against title rivals Marske United at Mount Pleasant on Saturday.

However, with both sides picking up just one point on Monday, Sedge will have to wait until the final day to complete what looks set to be the formalities. Only an absurd set of results are able to deny the West Yorkshire side the title.

With one game left to play, Liversedge hold a three point advantage over Marske with a considerable goal difference advantage, +74 compared to the Seasiders +60.

For Marske United to win the title, Carl Jarrett’s side would have to beat Ossett United, hope Liversedge lose at Worksop Town and overturn a 14 goal difference deficit.

Brighouse threatened to provide a fresh twist to the title race, taking a surprise lead at Clayborn. With Marske United also leading at local rivals Stockton Town, both sides were locked level on points at the half-hour mark on Easter Monday.

Sedge claimed an important equaliser on the hour mark, thus preventing Brighouse becoming the only side to win at Clayborn this campaign.

The Anchors looked like ending Marske’s automatic promotion hopes for good, by coming from behind to take the lead against their Teesside rivals through goals from Nathan Mulligan and Nathan Steel, only to be held by a late equaliser from Jason Kennedy.

It means, mathematically at least, the title race will conclude on the final day of the season.

In the play-off places, Cleethorpes Town suffered a big defeat at promotion rivals Shildon, the Railwaymen banking their own spot in the semi-finals with the 3-0 triumph at Dean Street.

The Anchors missed out on the chance to capitalise and move up into that coveted third spot with a 2-1 defeat at Worksop, Dale Mulligan’s equalising goal in vein as Liam Hardy converted a late penalty for the Tigers.

In Monday’s fixtures, Cleethorpes edged towards confirming a home semi-final with a 0-0 stalemate at home to Worksop, maintaining the three point gap to Stockton as the Anchors drew with Marske.

Shildon’s defeat at Yorkshire Amateur on Easter Monday means they can no longer finish third, therefore must face an away tie in the play-off semi finals, which will be against either Marske United or Cleethorpes Town.

What are the permutations?

As detailed above, only an extraordinary set of results would see Marske United pip Liversedge to the NPL East Division title.

With the honour of holding the only unbeaten home record in the division, Sedge could also become the first side to notch a century of goals this campaign, with Jonathan Rimmington’s side currently on 96 strikes for the season.

Marske could also become the first team to record 100 goals this season, although their task is slightly more difficult as they currently sit on 93 goals for the campaign.

The Seasiders are guaranteed a home play-off semi-final, which could be against either Stockton Town or Shildon on Tuesday 26th April at Mount Pleasant.

Cleethorpes Town can finish no lower than fourth, with a four point gap to fifth place Shildon ahead of the final day.

The Owls will seal third place, and a home play-off semi-final, if they avoid defeat away to Hebburn Town at the Green Energy Stadium on Saturday.

If Cleethorpes were to lose to Hebburn, Stockton Town would have to beat in-form Brighouse to finish above the Owls, with Michael Dunwell’s side three points behind Cleethorpes, though they do hold a superior goal difference advantage.

The Anchors can also still finish either fourth or fifth, and will finish fourth if they equal or better Shildon’s result and do not overturn the three point deficit to Cleethorpes.

Shildon are the only side in the play-off race guaranteed to face an away tie in the semi-finals, with the Railwaymen unable to finish higher than fourth.

Daniel Moore’s men can finish fourth if they beat Frickley Athletic and Stockton do not overcome Brighouse Town.

A point for Shildon and a defeat for Stockton is likely to not be enough for the Railwaymen to overtake the Anchors, as Stockton’s goal difference is +10 superior to Shildon’s.

When and where are the play-offs and how do they work?

The play-off semi-finals and final are held over one-leg, with the semi-finals set to be held on Tuesday 26th April at 7:45pm at the ground of the side who finished higher in the league table.

The two winners advance to the play-off final, which will be held at the ground of the higher ranked side, on Saturday 30th April at 3pm.

In each play-off tie, both winners are decided on the day, with penalties to be taken after 90 minutes if necessary.