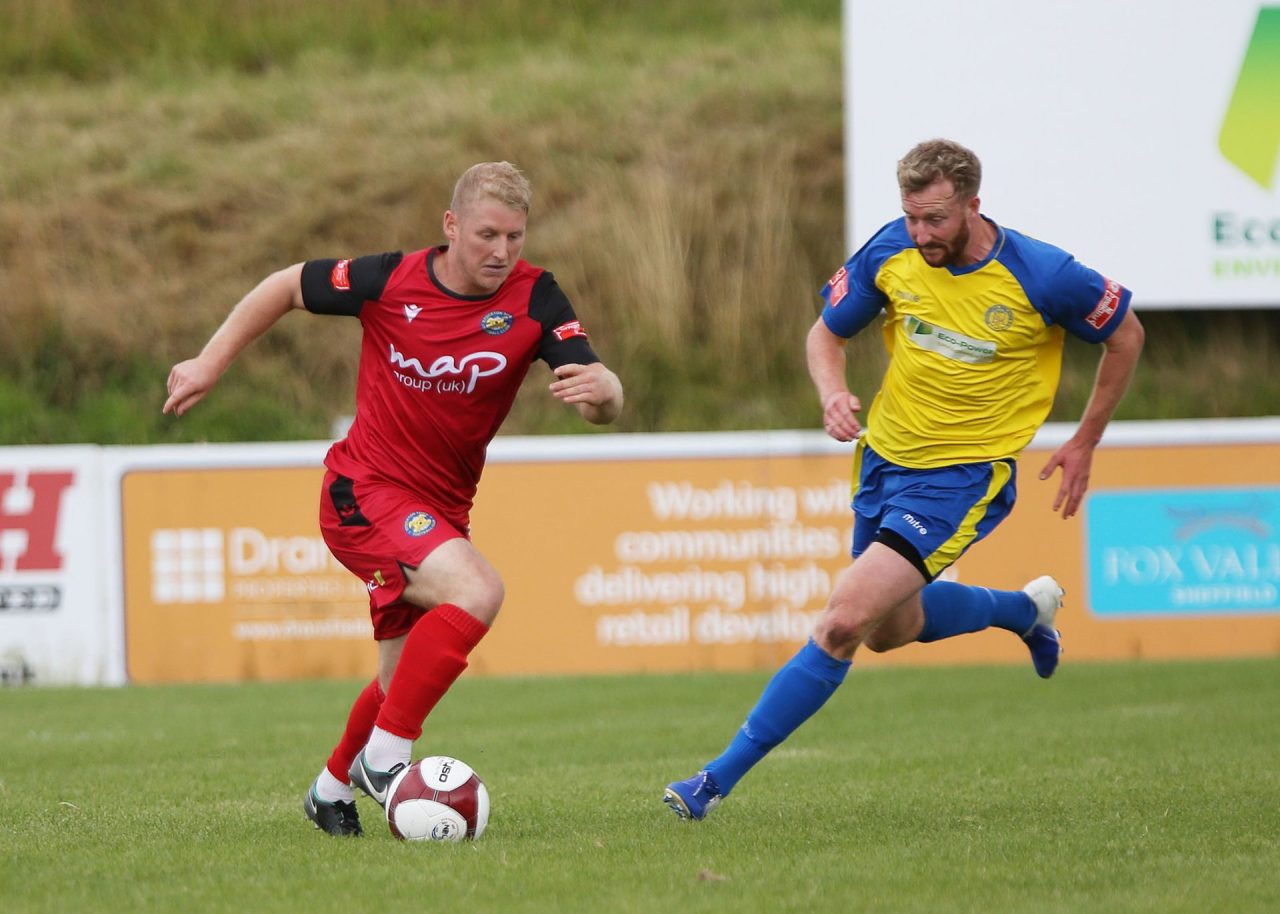 Tom Portas is aiming to put aside recent defeats and make a winning return at home as Stockton Town host Sheffield FC on Saturday.

The 29-year-old, who is now in his third season with the Anchors, has been an integral part of the team this season, and wants a reaction after back-to-back losses on the road.

It’s been six weeks since Stockton last played at The MAP Group UK Stadium and the long-awaited return home is one Portas and the players are looking forward to.

He said: “It seems a long time since we have played at home, so having a home game and playing in front of our fans again will be great.

“We need to put in a performance for the fans and I’m sure they will be all behind us all the way. Us players are looking forward to it and looking to take the three points, which will boost our confidence going into another tough home game next week.”

After a 10-game winning run in the league, the Anchors go into the game at home to the World’s First Football Club aiming for three points with 10 games remaining.

Michael Dunwell’s men are currently sitting fifth in the table, four points ahead of sixth-place Worksop Town, and the Anchors will be aiming to get back to winning ways on Saturday.

Sheffield FC are second-bottom in the East Division, losing their last five games and conceding 16 goals along the way. However, Portas knows the test that lies ahead and admitted they have to be on their game to get a win.

“It’s been a very disappointing two weeks after having been on a 10-game winning run,” the midfielder said. “We all knew we were going to drop points at some point, but the manner we have done that over the last two weeks hasn’t been like us as a team.

“Not only from a personal point of view in my own performances, but as a team collectively as well, this adds more pressure on Saturday’s fixture at home to Sheffield.

“It doesn’t matter how we do it, as long as we come away with three points that is the main thing.”

Portas continued: “Saturday’s game is going to be very tough. It gets to this stage in the season where the sides struggling at the wrong end of the table come to teams higher up the league and just give it their all with nothing really to lose.

“We need to start Saturday with a lot of tempo and aggression in our play which hopefully will set us up for a good Saturday afternoon.”

Stockton’s game against Sheffield FC will kick off at 3pm on Saturday afternoon, and gates will open one hour before. Admission is £8 for adults, £6 for concessions and £2 for under-16s.