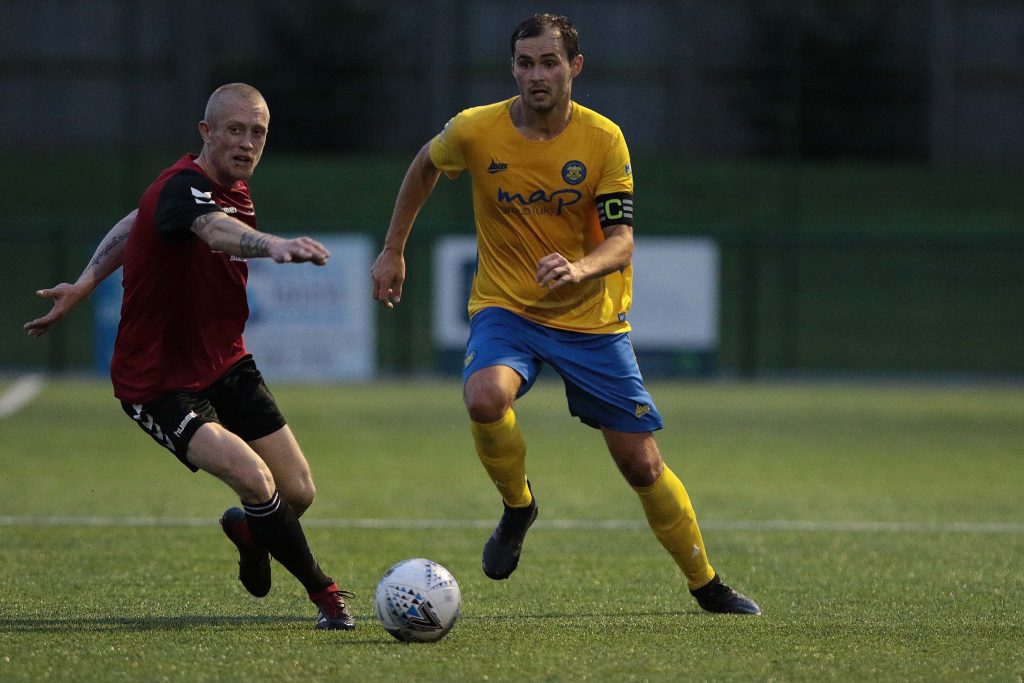 Ewan Simpson went unmarked as he latched onto a corner in the 11th minute, Lee Westgarth doubled the visitor’s advantage with a cool finish after 21 minutes.

Kris Hope wrapped up the game late on, to condemn the Anchors to a second straight pre-season defeat.

Stockton started slowly, and were punished for their sluggish start when Simpson slotted Horden into an early lead.

The Anchors found their feet soon after, and went close twice with Tom Coulthard heading straight at the ‘keeper from Jonathan Franks’ free kick, Franks then found space from a corner but his effort was deflected wide for a goal kick.

The hosts were two down when Westgarth managed to squeeze the ball in at the far post.

Stockton started to dominate the ball but it was Horden who had the best chance at goal, the Anchors offside trap was broken but the forthcoming strike hit the side-netting.

A succession of corners for the hosts came as the visitors set about defending their lead, and Jamie Owens went close as his header from Kevin Hayes’ delivery was cleared off the line on the stroke of half-time.

Michael Dunwell made five changes at half-time, and the hosts continued to control possession but failed to create many clear-cut-chances, with Fred Woodhouse going closest yet, firing over from close range from James Risbrough’s cross.

Despite a succession of chances for Stockton, it was Horden who scored again through Hope, to finish the game off with just under 20 minutes to play.

Horden defended well thereafter, with the Anchors sloppy play in possession meaning they failed to carve out many opportunities, Mikey Roberts had the best chance for Stockton with virtually the last act, his close-range header brought a superb save from the Horden shot stopper.

Stockton’s attention now turns to the game against Liversedge on Saturday, with a phased return of supporters in planning.