After last weeks brilliant result this game wasn’t as pretty to watch but the Anchors got the same reward with another victory ground out and they march on, their seventh straight in the League and only 2 goals conceded in those matches, its all about getting the job done at times against opponents who understandably don’t want an open game and that’s what the Anchors are doing right now. Goals from Fred Woodhouse and Dan McWilliams sealed the three points in match where the first half was reasonably unforgettable but the second half was better and they probably should have been out of sight before the last 10 minutes which was made a little easier once the score had doubled.

Jonathan Franks made his full debut in place of injured Kev Hayes in an otherwise unchanged line up and Stockton Sixth Football Academy star 17yr old Gareth Basham was on the bench for the first time.

The first half saw Stockton struggle to get any real rhythm going as the lack of pace in the match seemed to affect their normally crisp passing style and although they did create one or two nice opportunities there was a unusual carelessness in their approach and it all added up to a frustrating 45 minutes for everyone. Ashington grew in confidence as the half wore on but weren’t able to create anything themselves to punish the Anchors and were just as disjointed in the final third. 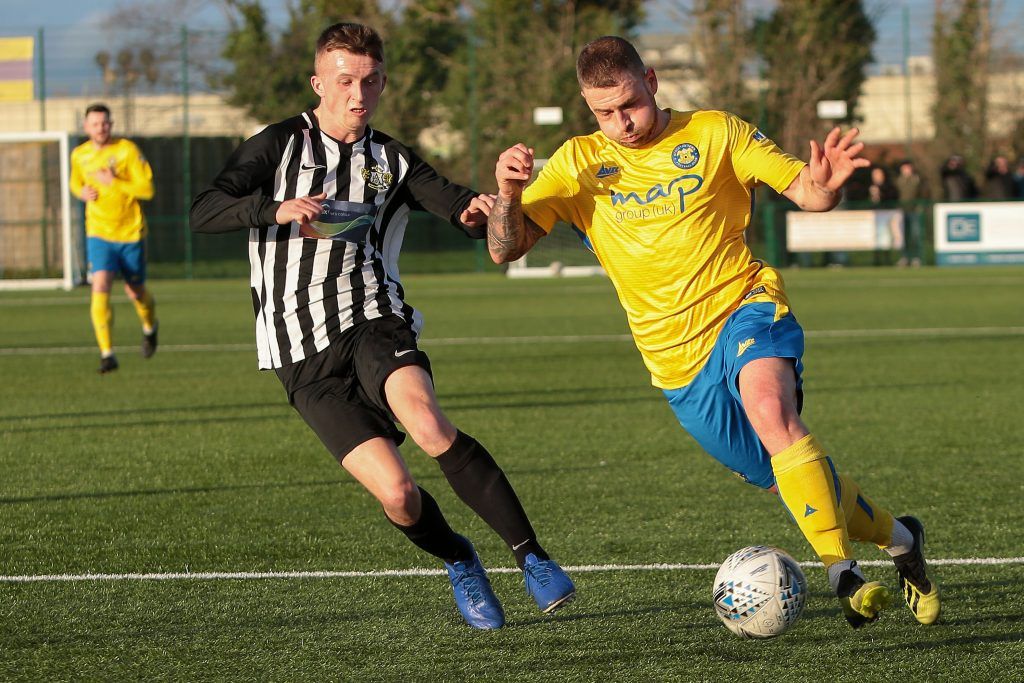 Fred Woodhouse was a threat all day with his powerful running

Jamie Owens could only find the side netting with a snap shot after 2 minutes and that was about all the excitement to report until in the 20th minute when Woodhouse’s cross was missed by Ashington keeper McHugh and James Risbrough, surprised the ball reached him, couldn’t adjust his position quickly enough to divert it into the empty net from close range and it struck him at an awkward height and bounced away from goal. 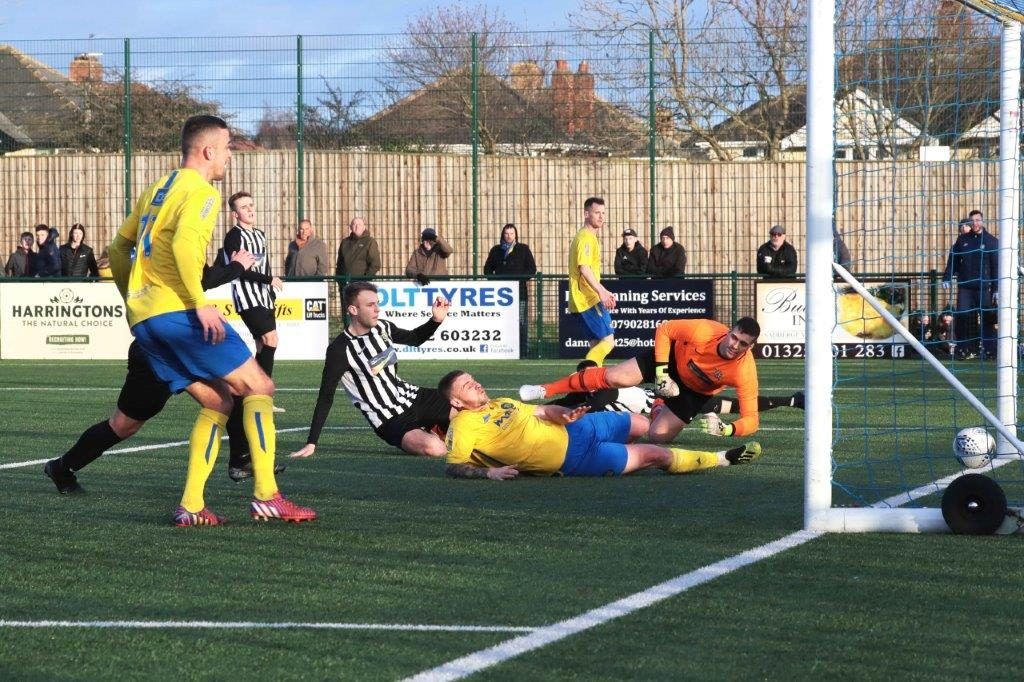 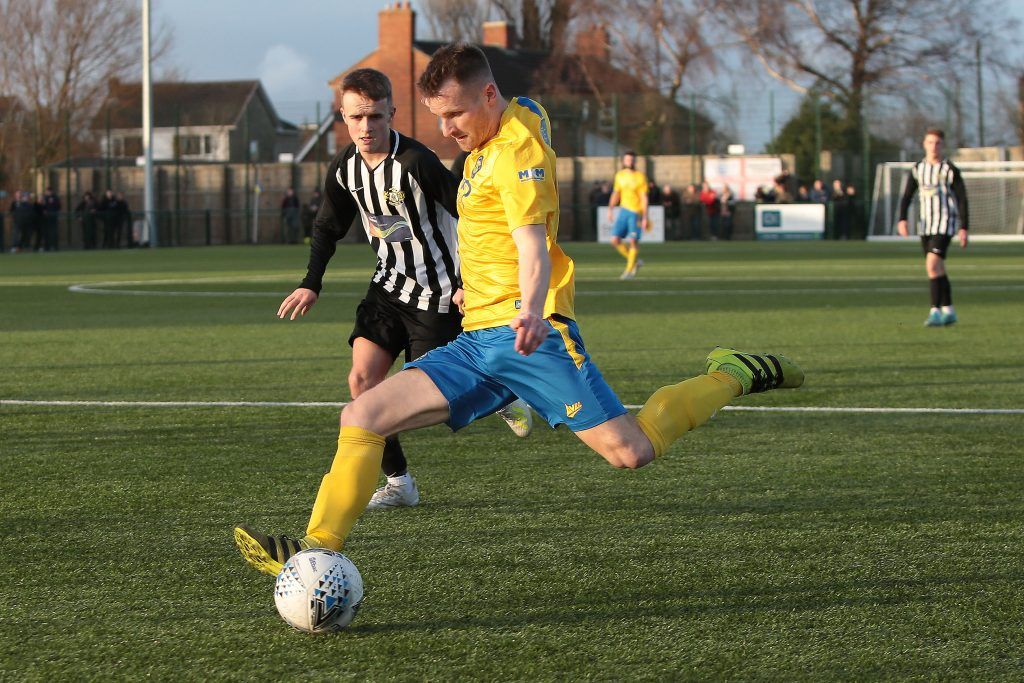 Franks crosses for the first goal

Switching of the wide players seemed to spark The Anchors and it was Franks now raiding down the left who continued his great start for the club by getting to the byeline and pulling a ball back across the box for WOODHOUSE sliding in to open the scoring from close range on 40 minutes. The goal breathed some life into the game and shortly afterwards a ball forward by Couthard picked out the run of Owens and his controlled shot from just inside the box struck the left hand post and away to safety with McHugh beaten. HT 1-0 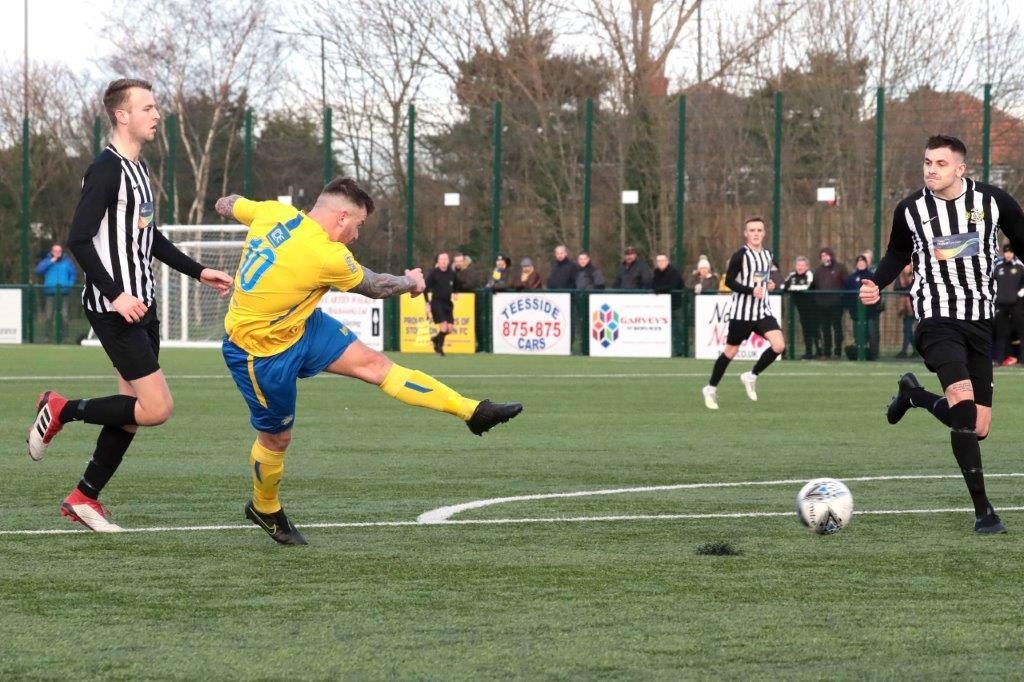 The second half surprisingly started with the Anchors still in pause mode and the visitors missed a good chance when the ball was given away cheaply to Ashington midfielder David Luke, but he could only scuff his effort wide.

Perhaps that was the lift the Stockton side needed and they proceeded to create a flurry of opportunities to double their lead. First, Jamie Owens had a shot from outside the box that sailed over. Then, a Craggs corner from the left was headed onto the bar by Adam Nicholson. Owens was again involved a minute late when he headed just over from an excellent McWilliams’s cross.

Ashington were still getting their fair share of the ball but struggled to cause the Anchors any serious problems Callum Roberts calmly collecting the only real effort of note a long range shot by Luke on 67 minutes.

Stockton continued working hard to increase their lead and a great ball forward from Franks found Owens but the striker was unable to get the better of McHugh in the Ashington goal. Sub Mikey Roberts then had two efforts from the edge of the box in quick succession, one wide and the other saw McHugh get down smartly to collect. Franks corner found Nicholson free at the back post but from 12 yards out and having to generate his own power his headed effort bounced up comfortably for McHugh.

Just as frustration was starting to show again, The Anchors did increase their lead on 75 minutes and pretty much guaranteed the 3 points, Dan McWILLIAMS bursting forward down the left had the ball played into his path and he cracked a low drive with his trusty left foot and the slightest of deflections meant the keeper had no chance and it nestled into the bottom corner. 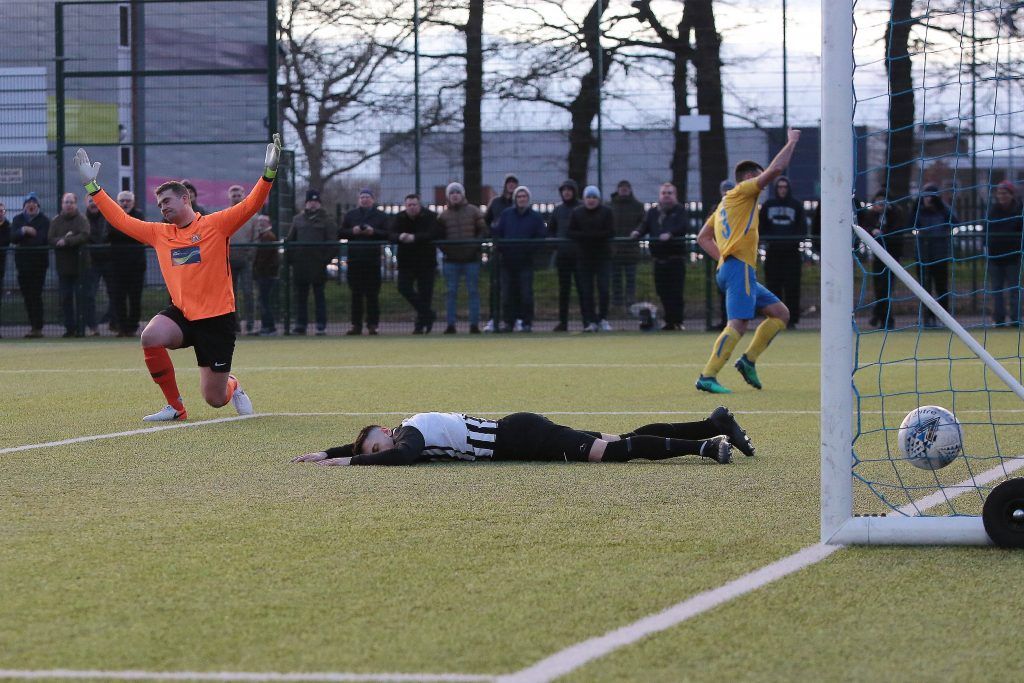 McWilliams shot nestles in the net 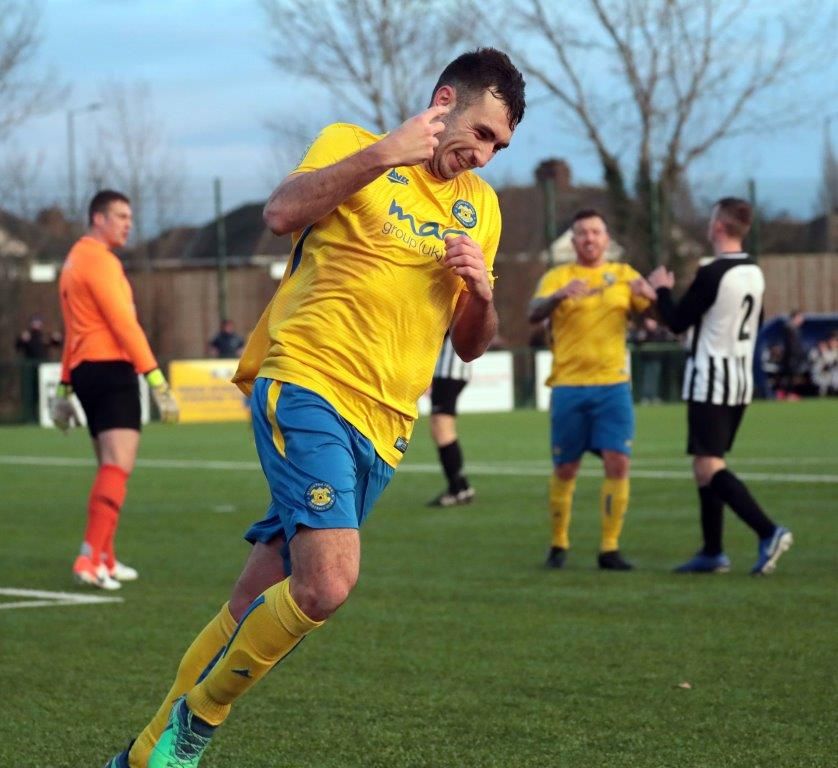 Stockton controlled the final fifteen minutes as theyve done so successfully all season, and apart from a King run and cross which didnt get the final touch into goal it deserved the game ended FT 2-0

Stockton got their crucial February off to a winning start and took another step in the direction of promotion, not a classic by any sense but a vital one with still a long way to go in the pursuit of the title. Fred Woodhouse took the sponsors MoM for a typically energetic performance.

Next weekend sees the Anchors on their travels again with another tough away match to Sunderland RCA.