Stockton Town produced a convincing second half performance full of grit and quality to defeat Whickham, scoring 3 times in the last 10 minutes in a game played in terrible weather conditions at times. Two goals each from Max Craggs and Mikey Roberts saw the Anchors leave with all three points.

The Anchors were without Nicholson, Woodhouse, Owens and Steel today but it made little difference as they marched on to 13 unbeaten games in a row.

The first half was one of few chances. Whickham applied early pressure using the wind and the setting sun to their advantage feeding in high balls to their big striker and the Anchors had to dig in for ten minutes to stem the flow.

Stockton looked dangerous on the break but it was Whickham with the first real chance after 16 minutes, Connor Newton running late into the box trying to pick his spot with a shot but Callum Roberts saved well. 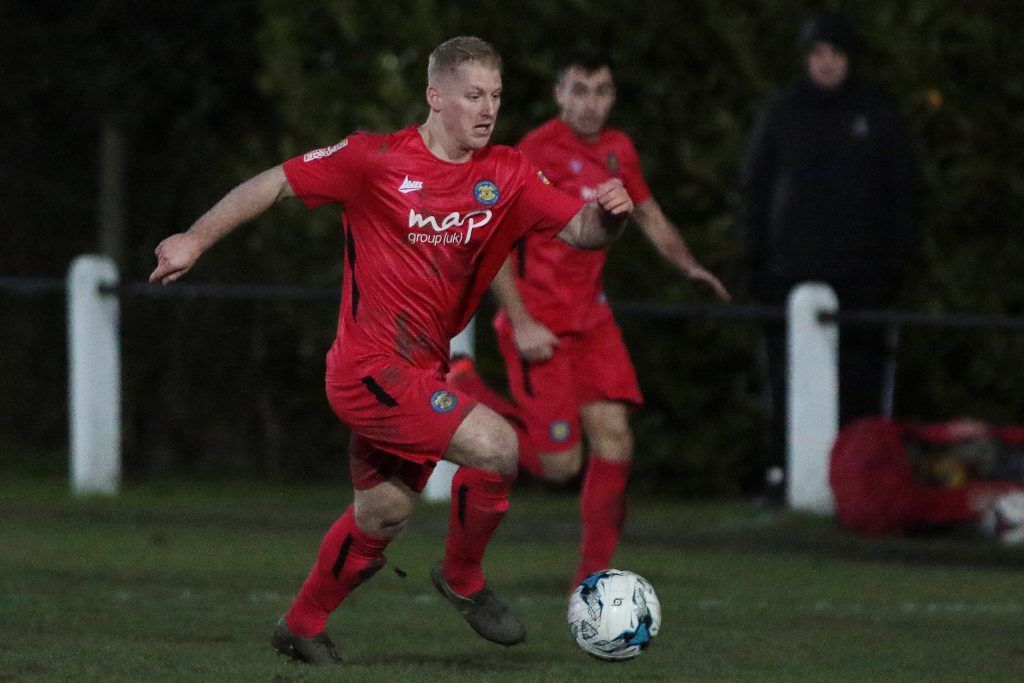 Tom Portas had another influential game for the Anchors

Stockton weathered the storm with Robinson and Coulthard standing strong and pushing them forward and they grew into the game.

Tom Coulthard headed Craggs’s corner just wide on 27 minutes then two minutes later Mikey Roberts was released by Mulligan but as he tried to round goalkeeper Adam Bartlett the former Pools stopper got a hand to it and unbalanced Roberts and he couldn’t turn the ball in as a defender got back to clear. 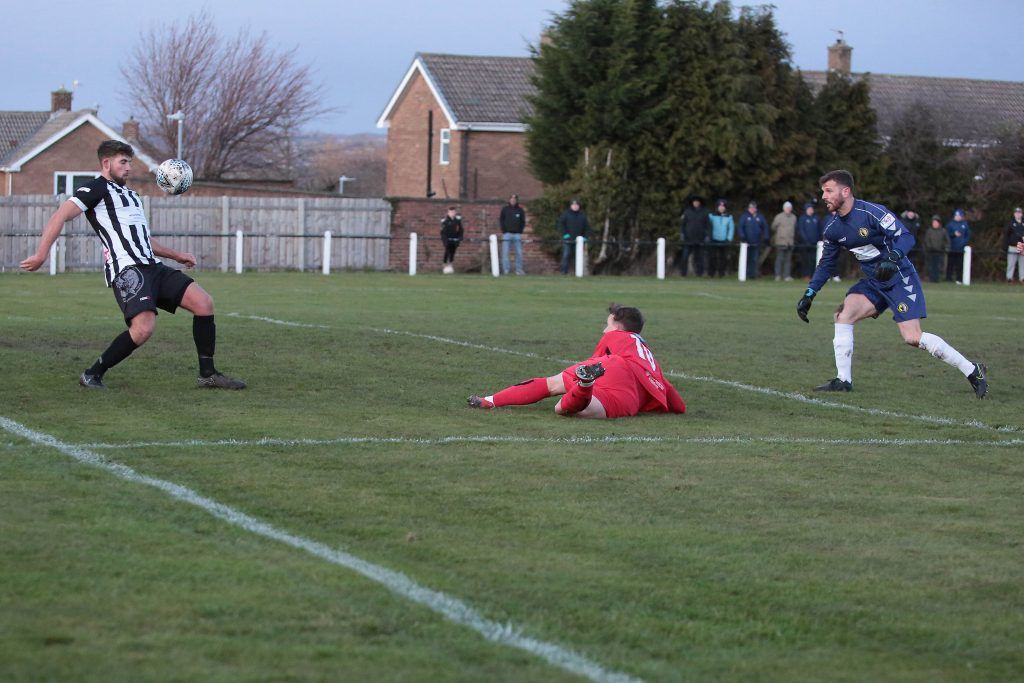 Roberts couldnt quite turn the ball in

The second half started in poor weather conditions Stockton took the lead and control of the game when Mikey Roberts passed the ball across the box to James Risbrough who with little space touched it onto his trusty left foot and drilled in a shot across the goal, Bartlett saved well but couldnt hold it and Max CRAGGS converted the rebound. 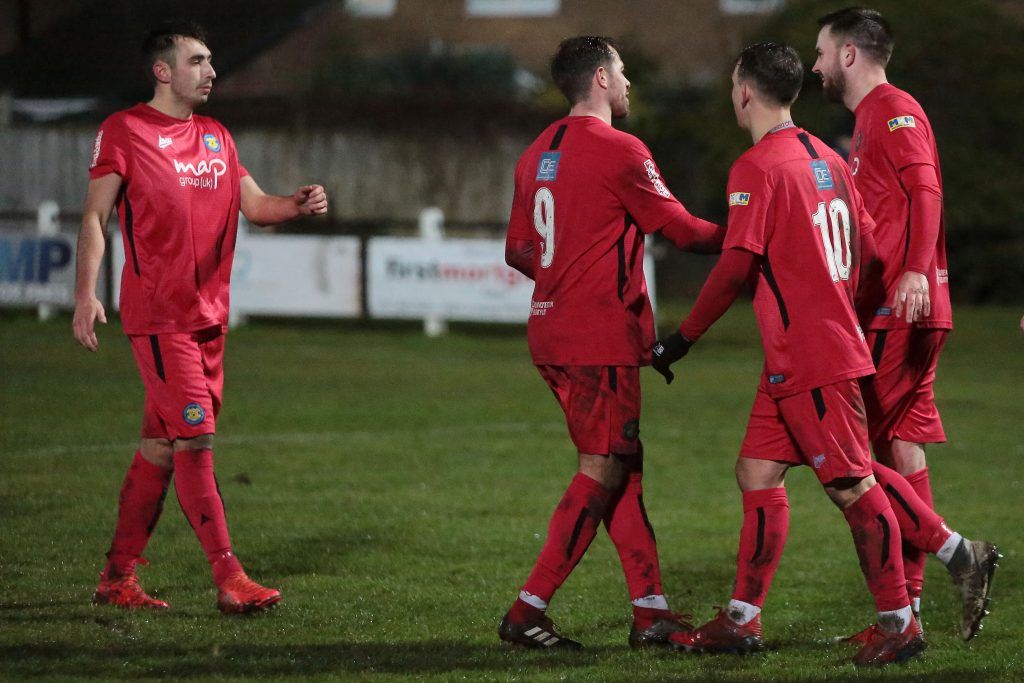 Stockton were impressive with the way they controlled the remainder of the game as the regularly broke through Wickhams ranks and only a couple of super stops by Bartlett kept the home side in the game. Portas set Bulmer away and his effort was acrobatically tipped over the bar, then Roberts was set through again after Mulligan won a crashing challenge on the half way line and he drilled a shot but again the keeper got to it and held on

Just as it was getting to the nervy part of the game the Anchors got their cushion after 81 minutes when King recycled a ball and pulled it to Roberts, his shot was saved and CRAGGS was on the spot again to touch it home between the two defenders on the line. 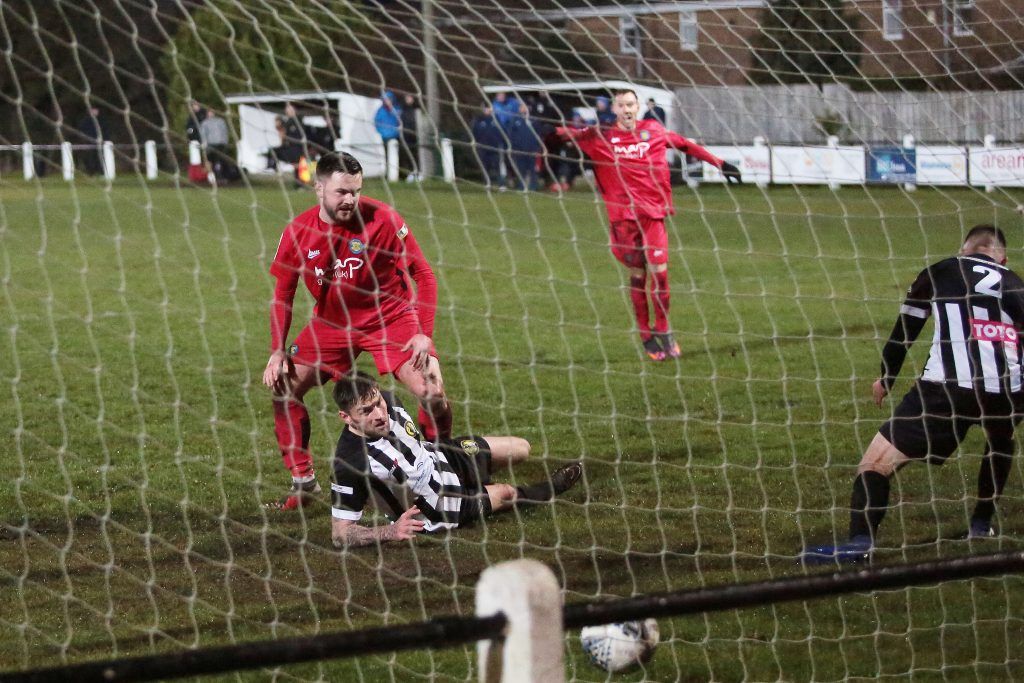 Max Craggs with the second goal

The Anchors were in dominating mood now and looked like scoring again at any time. Mikey ROBERTS got himself a goal that he deserved for his selfless running and work all afternoon, shooting from out wide on 85 mins it deceived Bartlett at the near post and the stopper couldnt do anything about it this time. 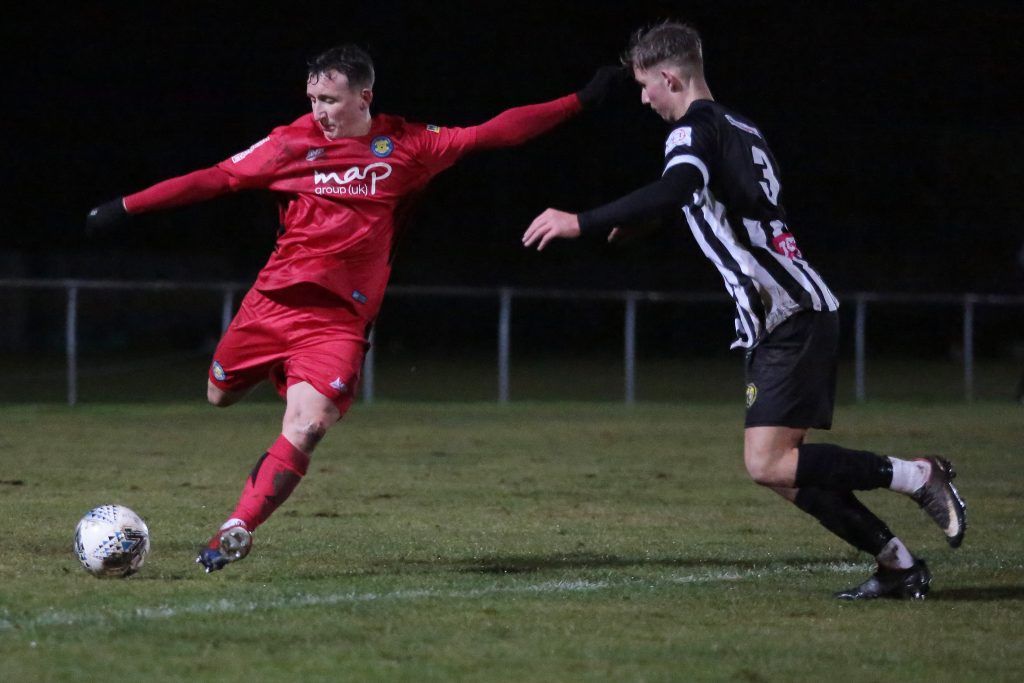 Michael Roberts shot was too hot to handle for the keeper

Minutes later Craggs was denied his hat trick. Substitute Cieran Jackson saw his shot saved and from the resulting rebound Craggs shot was cleared off the line. But they couldn’t deny the Anchors who had the taste for it now and great work from Craggs shrugging off defenders and squaring it to Mikey ROBERTS who made no mistake from close range. 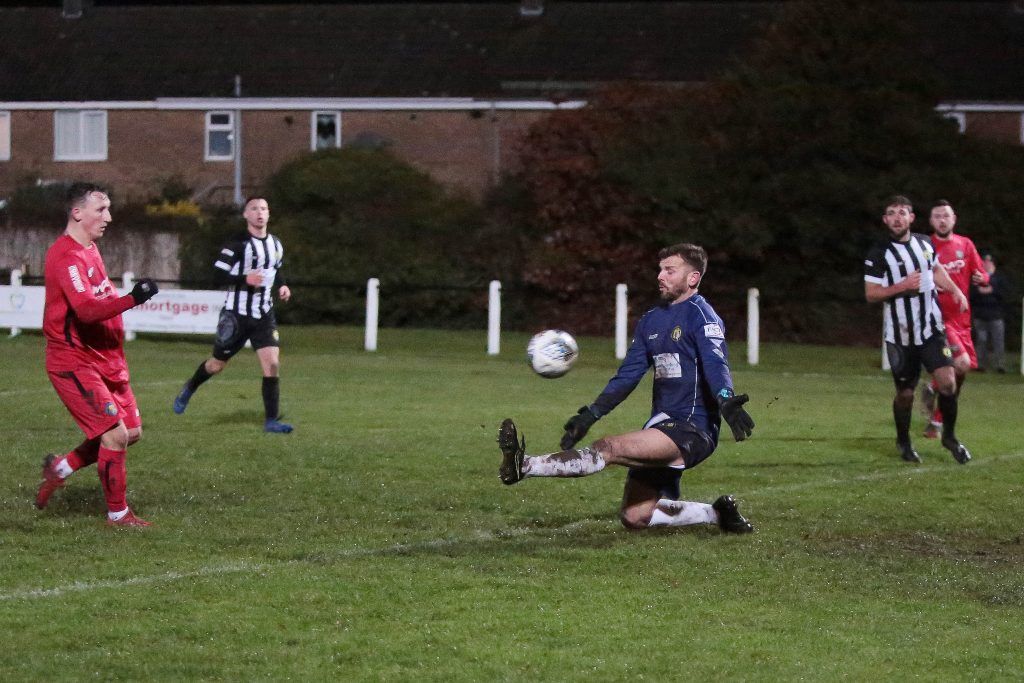 Roberts with his second goal.

Great result on the road again for Stockton showing they can produce whatever the circumstances. Fantastic individual performances all over the pitch not least from the goal scorers. Hugely satisfying result in very trying conditions. Stockton now head into a tough Durham Challenge Cup tie on Tuesday night against Newton Aycliffe.