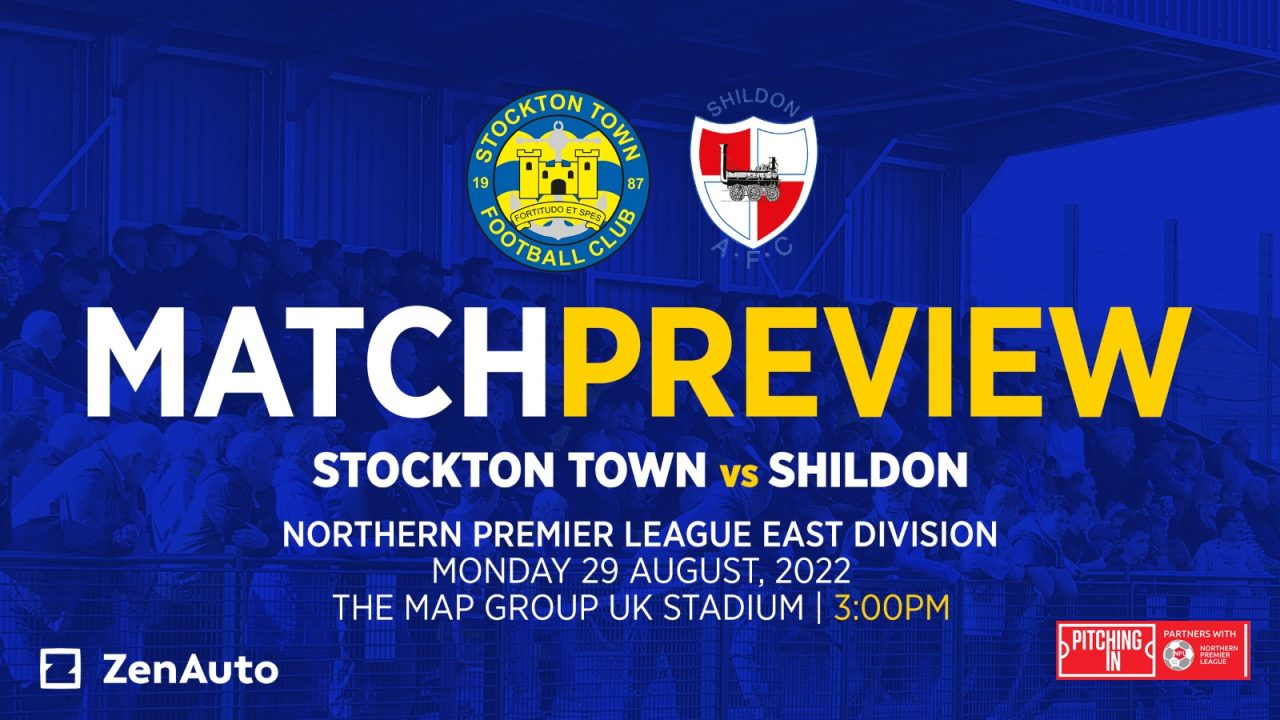 The Anchors came from behind at Stocksbridge Park Steels on Saturday to make it four wins from their first four league games.

They fell behind through Elliott Murray’s header but levelled shortly after when Mikey Roberts scrambled home from close range.

The game was heading for a draw before M.Roberts came up with a stoppage time winner with a rising header from Nathan Mulligan’s free-kick.

In their two home games so far, Stockton have beaten two teams tipped to be among the potential play-off teams come the end of the season.

In their season opener, they beat Worskop Town 2-1 with Matthew Tymon and N.Mulligan on the scoresheet. Last midweek, they beat Hebburn Town 2-1 with Stephen Thompson scoring a stunning volley and Kevin Hayes netting the winner once again against the Hornets.

Stockton and Shildon have met 12 times in all competitions in total. Last time out Stockton Town had their biggest league crowd as 1,208 turned out to see a 1-0 home win.

Shildon have new look to them this season after Daniel Moore departed the club in the summer and joined Hebburn Town.

In to replace him is former Crook Town manager Jamie Tunstall, joined by his assistant Deano Browne who was formerly manager at Norton & Stockton Ancients during their Northern League days.

Tunstall did an impressive job at Crook Town taking them back to the Northern League Division One and reaching the final of the Durham Challenge Cup.

Goalkeeper Alex Curran has been brought in from Blyth Spartans to replace the departed Shaun Newbrook. Defender Toby Pascoe has been brought over the new manager’s former team in Crook Town.

The Railwaymen started the league season with back-to-back defeats. First they went 3-1 at recently relegated Grantham Town before losing 2-0 to Dunston UTS at home.

This past week has seen them pick things up. In midweek they beat Newcastle Benfield 4-2 to book their place in the FA Cup First Qualifying Round. Then on Saturday they earned an emphatic 6-0 win over Bridlington Town at Dean Street to earn their first three points of the season.

“Tough game as Stockton have started really. They have a top class team packed with top class players.”

“We are playing them probably at the right time after two wins and a 6-0 win today which fills us with lots of confidence.”

“I think Shildon have had a bit of an indifferent start to the season but games against Shildon are always feisty affairs and there are always goals involved.

“Hopefully there will be a big crowd there with it being a Bank Holiday.”

Supporters can get their hands on our Issue 4 of our award-winning matchday programme at the gate for just £2.