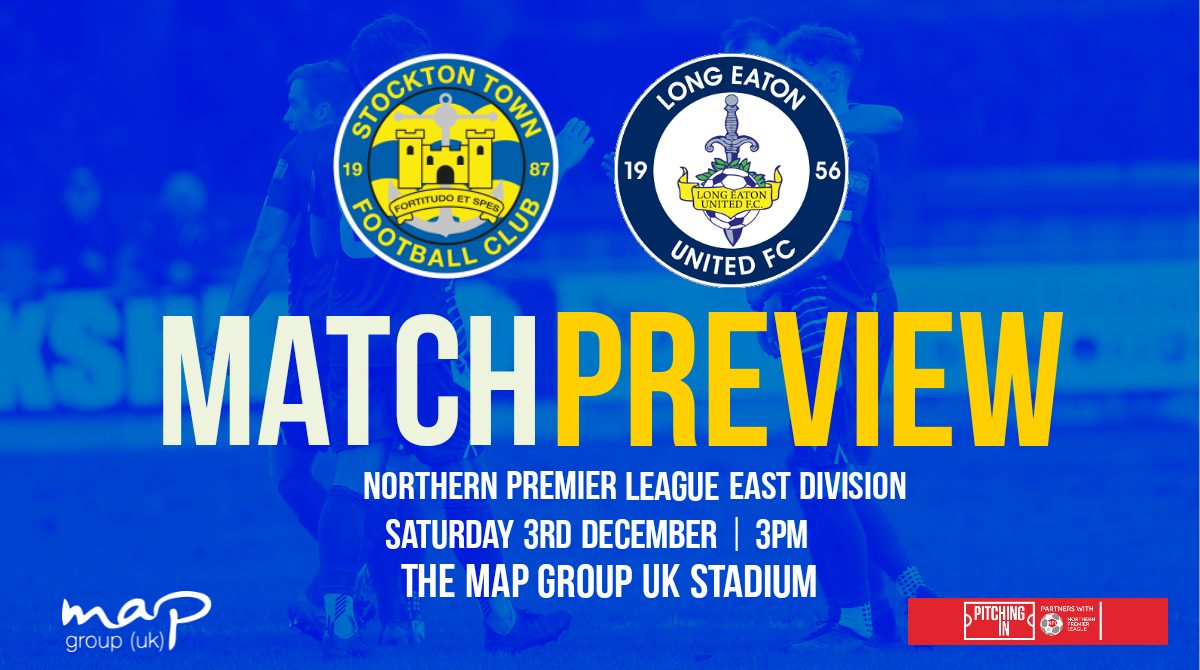 The Anchors come into this game unbeaten in their last seven games in all competitions. Although last weekend’s 1-1 draw at Grimsby Borough halted their six-game winning streak.

Grimsby took the lead through a stunner from Adam Drury before Mikey Roberts levelled the game from the penalty spot.

Should defender Tom Coulthard start the game, he will make his 400th appearance for the club. He was missing last week due to suspension.

The Derbyshire-based outfit after 13th after 17 games played and have won three out of their last five games. The only blot on their recent copybook was a 4-1 home defeat to Grimsby Borough.

In contrast to that they earned a notable 4-1 win Hebburn Town a few weeks earlier.

Rod Orlando-Young is currently Long Eaton’s top scorer with seven goals. Closely followed by Jack Rogers and Jamie Walker who both have six for the season.

Middlesbrough fans may recognise striker Ben Hutchinson who made some brief appearances for the Teessiders in his early career in which he netted in a 3-1 defeat to Manchester City back in 2007.

“The team is looking good and the confidence in the dressing room is good now and I think can we back it up with a performance next week?

“I know it’s a tough one but that’s what you have to do.”

“We’ll have Tom (Coulthard) back, we’ll have Kev (Hayes) back. We will have a full squad.

“We are good at home and we know we are and we have been good at home recently. We will look to get three points and back on track.”