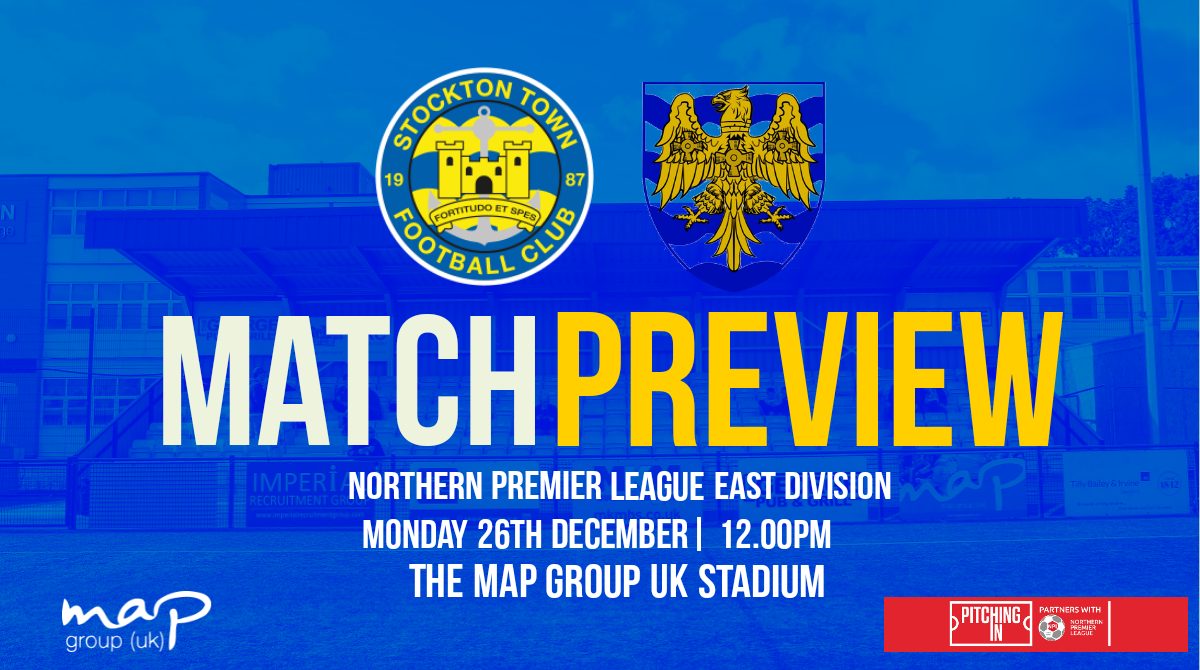 2022 has been another memorable year for the Anchors with the highlight a Play-Off run in April which saw them beat Cleethorpes in the Semi-Final before losing out to Marske United 2-1 in the final.

December has been a tough month though with three defeats from three. Last Saturday they produced a spirited display to narrowly lose 1-0 at league leaders Worksop Town before a night to forget in a 3-1 Durham Challenge Cup defeat to Dunston UTS in midweek.

Dunston got into a two-goal lead before Cameron Painter pulled a goal back. Michael Dunwell’s men were unable to make a comeback and Dunston bagged a late goal through Michael Fowler to seal the deal.

Stockton have received a much needed boost to their forward line with loan signing of Sam Hodgson from South Shields. The highly-rated youngster arrives at the club on a 28-day loan from the Northern Premier League Premier Division outfit.

It is hoped he will be available to start once there has been confirmation from the FA and Northern Premier League on the transfer.

The Anchors should welcome back Captain Adam Nicholson along with Tom Portas and Mikey Roberts.

Stockton Town and Consett have met ten times in all competitions enjoying some memorable encounters since their first meeting in 2017.

Consett are making their debut at Step 4 following their promotion from the Northern League Division One via a Play-Off win over Histon.

The Steelmen recently had a change in management following the departure of Andy Coyles and his assistant Richie Hill in early November. Coyles had less than 12 months in charge at the club but did steer them to promotion at the end of last season.

In as his replacement is Tony Fawcett who was brought in from Northern League club Whickham. Fawcett had previously managed Ryton & Crawcrook Albion and had been joint-manager at Whitley Bay.

Consett are still searching for their first win under the new manager. Since his appointment in early November they have drew twice, lost 4-1 to Brighouse at home and exited the Durham Challenge Cup on penalties to Newton Aycliffe.

Due to the adverse weather in recent weeks they have been out of action for three weeks.

Being old Northern League foes they do have some recognisable faces. Striker Zak Atkinson, previously of Shildon, is their top scorer with nine goals on the year.

Midfielder Jake Orrell has also chipped in with some goals with six to his name.

Anchors fans will know goalkeeper Ross Coombe who had a brief loan spell with Stockton in the Northern League.

“I am looking forward to the game and hopefully we can get a big crowd in who can get behind the lads. It’s what we need at present on the back of three defeats which we are hoping to put right.

“Our aim is start to the second half of the season in a much more positive mood than we finished the back half of the first half and the fans will play a massive part in that against Consett.”

Dunwell added: “We know we have made errors and we know how we can put them right, so the lads are looking forward to the game and hopefully we can get the three points which will kick start our second half of the season going into the New Year.”