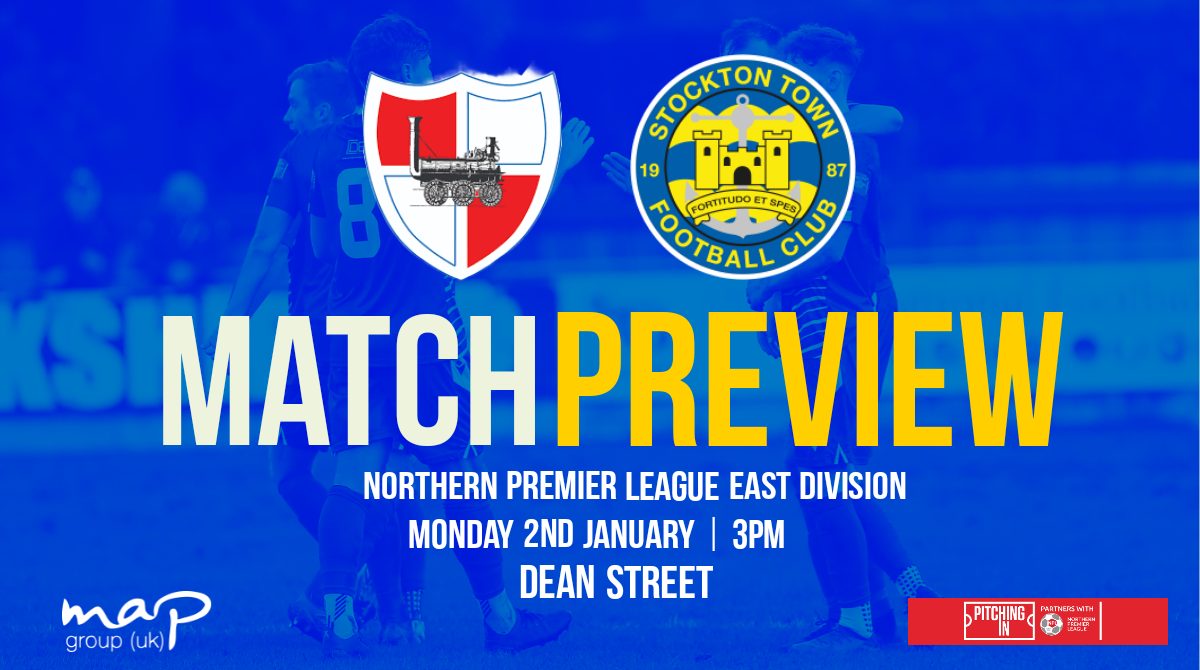 Stockton Town look to start their new year with a bang as they travel to local rivals Shildon hoping to end a recent bad string of results.

Stockton were upset by Consett last time out after the Steelmen took a 2-1 victory back to County Durham, thanks to a late winner from Kieren Aplin.

Consett took the lead early on when Dan McWilliams headed into his own net early on. Stephen Thompson equalised in the 32nd minute but it was Consett who found the winner in the 78th minute, when Aplin found the net to hand Stockton their 4th consecutive defeat.

Ahead of the Boxing Day game, Hartlepool United recalled goalkeeper Patrick Boyes after he spent a month on loan with the Anchors. Stockton also announced the signing of young striker Sam Hodgson, who joined on a 28 day loan from South Shields.

Stockton and Shildon have met 13 times in all competition, first meeting in the Northern League back in 2017. However, the unfortunate news for Stockton is that in six visits to Dean Street, the Anchors have only been victorious on one occasion.

Here are the results from the previous five matchups:

Despite making the playoffs last season, losing in extra time to Marske United in the semi-final, Shildon are going through a rebuild of sorts.

Daniel Moore, who was in charge last season during their first season in the Northern Premier League East, left Shildon in summer to join Hebburn Town, after many years with the Railwaymen. Since Moore’s departure, Shildon are onto their third manager of the season, with former player Chris Hughes currently in charge.

They currently sit 19th in the league, but already have some big wins to their name such as wins at Cleethorpes and a dominant 6-0 win against Bridlington. They do  have a few games in hand after an unfortunate spell of postponed games in recent weeks, with Boxing Day’s victory at North Shields being their first game in over a month.

Despite their position in the table, Shildon boast a very talented squad. They are still led by veteran striker Billy Greulich-Smith who has scored against the Anchors on many occasions.

Shildon recently announced the signing of talented defender Patrick Almond on a dual registration, and will be a big part of helping Shildon fight for their safety.

“These games are turning into big games, it’s another derby, Shildon are at the other end of the table similarly to what Consett were and there’s no easy games, it’s going to be just as hard as was [against Consett].

“We’ve got to start taking the chances when we’re on top which we were doing at the start of season, we’re creating good chances, we’ve got to put the ball in the back of the net, and at the other end we’ve got to cut out the mistakes where it’s too easy for teams to get in and score.”