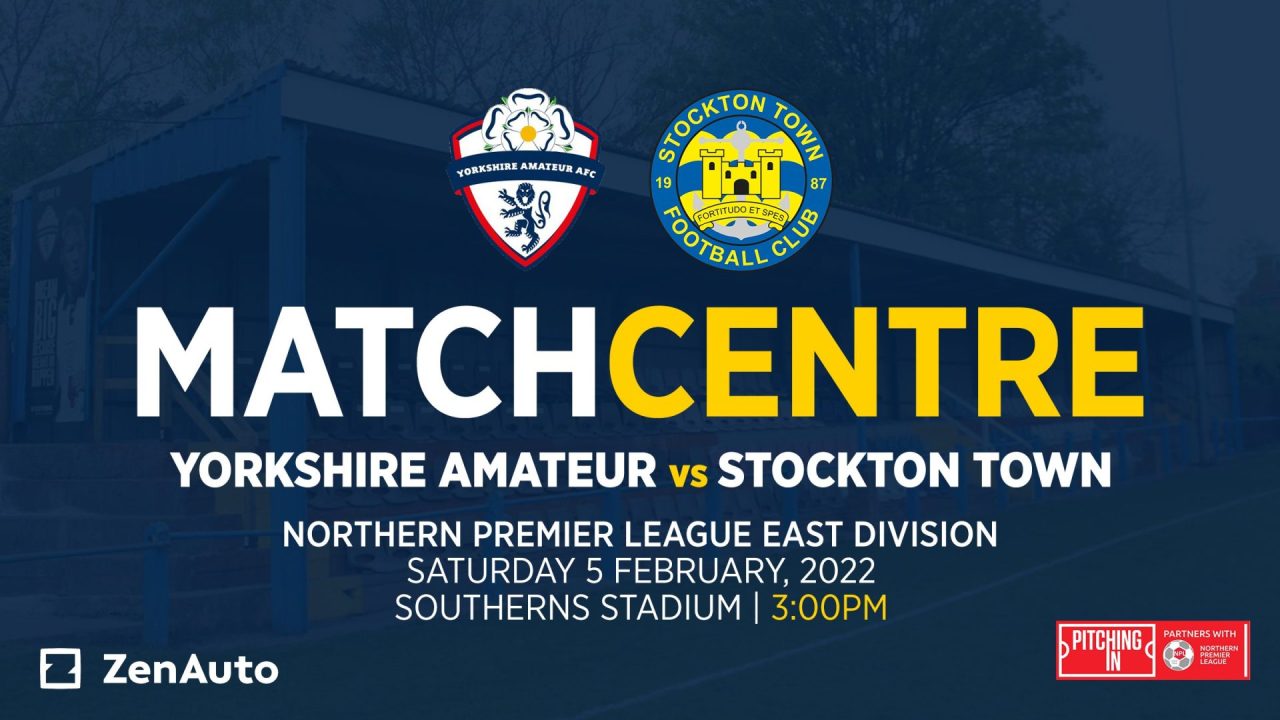 Stockton Town return to action this Saturday when they make the trip to West Yorkshire to take on Yorkshire Amateur.

The Anchors were last in action two weeks ago when Kevin Hayes netted his first career hat-trick in the 6-0 drubbing of Pickering Town.

Michael Dunwell’s men were supposed to play a big home match to league leaders Liversedge last week, but high winds due to Storm Malik led to a postponement.

Stockton are seeking to extend their winning-run in the league to 10 matches – a run that stretches back to the 4-0 triumph over Tadcaster Albion on November 20, 2021.

Due to being out of action last week, Stockton moved back down to fifth in the table. That does mean they have a game in hand on both Shildon and Cleethorpes Town, who are one point and three points ahead respectively.

This is just the second-ever meeting between the two clubs. Earlier in the season, Mikey Roberts rescued Stockton a point from the penalty spot after Roy Fogerty had given Yorkshire Amateur the lead.

Yorkshire Amateur are currently eighth and are 14 points from the play-off places, and have won their last two games in the league.

It has been a solid debut season at Step 4 for the Ammers, who, like Stockton Town, were promoted via points-per-game from the Northern Counties East Football League.

Last week, the Ammers enjoyed one of their best weeks of the season with back-to-back victories. On the Tuesday they beat Shildon 2-1 at Dean Street before coming from behind to defeat Frickley Athletic, 4-1, last Saturday.

They have had a strong home record with seven of their 10 wins coming in their own back yard – although they have lost their last two homes games, the last of which was a 3-0 defeat to Dunston on January 22.

“The lads were a bit gutted that the (Liversedge) game was called off because we fancied ourselves. That’ll be played in March now and we’ll look forward to the Yorkshire Amateur game this weekend.

“It’s going to be a tough one. They beat Liversedge this season and Shildon, so they’re a good team. We’ll be going there full of confidence, though. In the league, we’ve won our last nine games and are unbeaten in 12.

“We’ll be preparing well this week and look forward to the game.”