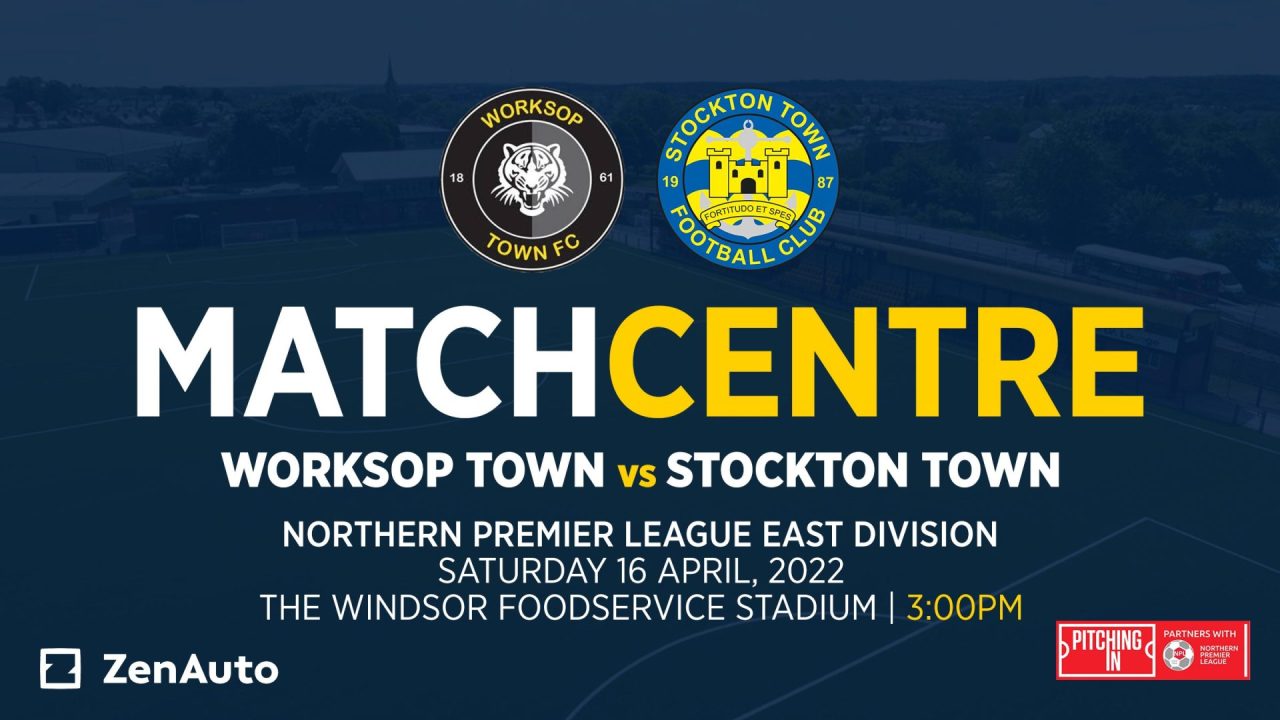 Stockton Town head into the Easter Weekend looking to close the gap on third-placed Cleethorpes Town.

The Anchors secured their play-off spot last weekend with a 2-1 victory over Bridlington Town at the Map Group UK Stadium.

Stockton took the lead when Nathan Hotte headed into his own net but the Seasiders equalised in the second half when Hotte scored at the right end.

Stockton regained their lead when Mikey Roberts headed in a winner from Dan McWilliams’ cross. That coupled with a 1-0 defeat for Worksop Town at Ossett United saw the Anchors qualify for the play-offs in their debut season at Step 4.

Now the sights are set on taking third-place in the division and setting up a home tie in the play-off semi-final. That hope was given a boost when Cleethorpes Town were beaten 2-0 at home by Pontefract Collieries.

The gap between the two sides is now three points and Stockton Town will be hoping North East rivals Shildon can do them a favour as Cleethorpes Town make the trip there.

This is the second meeting between the two clubs. In the reverse fixture Worksop Town were 1-0 winners at the Map Group UK Stadium.

Worksop Town were major challengers for a play-off spot at the end of the season but recent form has seen them on the verge of missing out.

They can still qualify but must win all their games, hope Shildon lose all of their games and for a twenty-goal difference swing in their favour.

It is fair to say that is almost an impossibility and especially so considering the Tigers have lost four of their last five games. They have also failed to score a goal in those five games. Last time out they lost 1-0 at Ossett United.

Striker Steven McDonnell is the man to watch for Worksop Town. He made his return in the summer for his third-spell with the club and has had a strong season with 16 goals in all competitions.

Fellow striker Liam Hardy, signed from Hyde United back in October, has also hit double figures this season with 11.

Speaking following the 1-0 defeat at Ossett United, Manager Craig Parry said: “In all honesty, I know we beat them at their place, but I actually thought, and I have always said this, I actually thought they were one of the better sides that we have played this season.

“I think when we played them at their place they were about 12th, but I said at the time they would be in the play-offs and I knew that straight away.

“They are a good side. There’s no doubt about that. They have some good players in good key areas.

“So, it is going to be a difficult game, but I think for us we have been on the road for some time now and it’s good to get back in our home arena in front of our own fans.”

Speaking after the win over Bridlington Town, Manager Michael Dunwell targeted finishing third: “It would be, that is our next target (hosting a play-off semi-final)

“We will go to Worksop,  I  wouldn’t say with a depleted squad but we will go with not a full squad.

“Then we have got a big game on the Monday against Marske and then a really tough game away at Brighouse to finish it off.

“So we have got three really tough games to finish the season off. That is why we wanted to be in the Play-Offs and to know that we are in there before the Easter weekend.

He continued: “We will still go to the three games and try to win those three games and if we do hopefully Cleethorpes slip up and we can get that home tie on the Tuesday night because it would be brilliant to bring a play-off semi-final here.”

Elsewhere in the NPL East, there are number of crucial matches in the race for promotion and battle to avoid the drop in the penultimate weekend of the season.