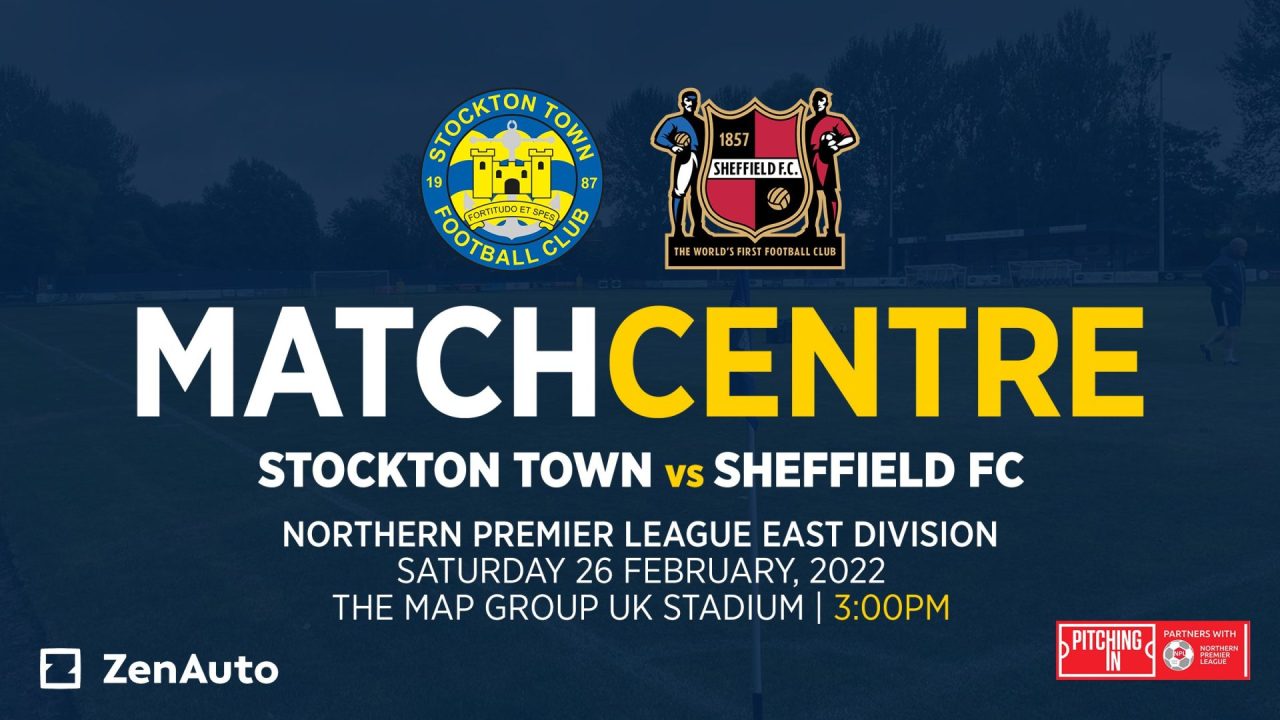 Stockton Town make their long-awaited return to home soil when they take on Sheffield FC at the MAP Group UK Stadium on Saturday afternoon.

Last time out, the Anchors lost out to Dunston at the UTS Stadium, their fifth straight away game, despite Nathan Mulligan’s late penalty.

Michael Dunwell’s side have not played at home for six weeks, when they beat Lincoln United 3-1, having had their last home game against Liversedge postponed due to inclement weather.

After winning 10 league matches in a row for the first time since February 2020, the Anchors have suffered back-to-back league defeats for just the second time in three years.

A big three points are up for grabs at The MAP Group UK Stadium, with both sides looking to return to winning ways. A play-off spot is up for grabs for the Anchors, and safety is on the line for the World’s First Football Club.

Stockton Town and Sheffield have met just once before in all competitions, the Anchors were held to a goalless draw at the Home of Football Stadium in November.

Sheffield sit 18th in the NPL East table with 17 points from 24 games, five points from automatic safety with a game in hand.

The World’s First have lost their last five matches in a row, albeit having faced tough opposition in that run in the form of Cleethorpes Town, Worksop Town and Marske United.

Ryan Cresswell first took charge of the club when Sheffield hosted the Anchors in November, earning a goalless draw at the Home of Football Stadium.

In their last outing, Nathaniel Crofts scored in just the second minute as Stocksbridge edged past Sheffield in a local derby.

The key player to watch out for is top scorer Marc Newsham, his 13 strikes this term are 10 more than Nathan Modest and Max Rhodes, with three strikes apiece.

Talking after the Anchors loss to Dunston at the UTS Stadium, manager Michael Dunwell previewed the upcoming Sheffield match.

He said: “We’ve had two losses in a row which we haven’t had in a while.

“We can’t let all the hard work to get into the position where we are go to waste. We’ve got to try and put it right in training this week.

“Every game is a big game and hopefully we get a big crowd in and they can cheer us on to get three points.

“We need three points, we’ve had a tough month with five away games in a row and just fell short in the last two games but we go again next week.