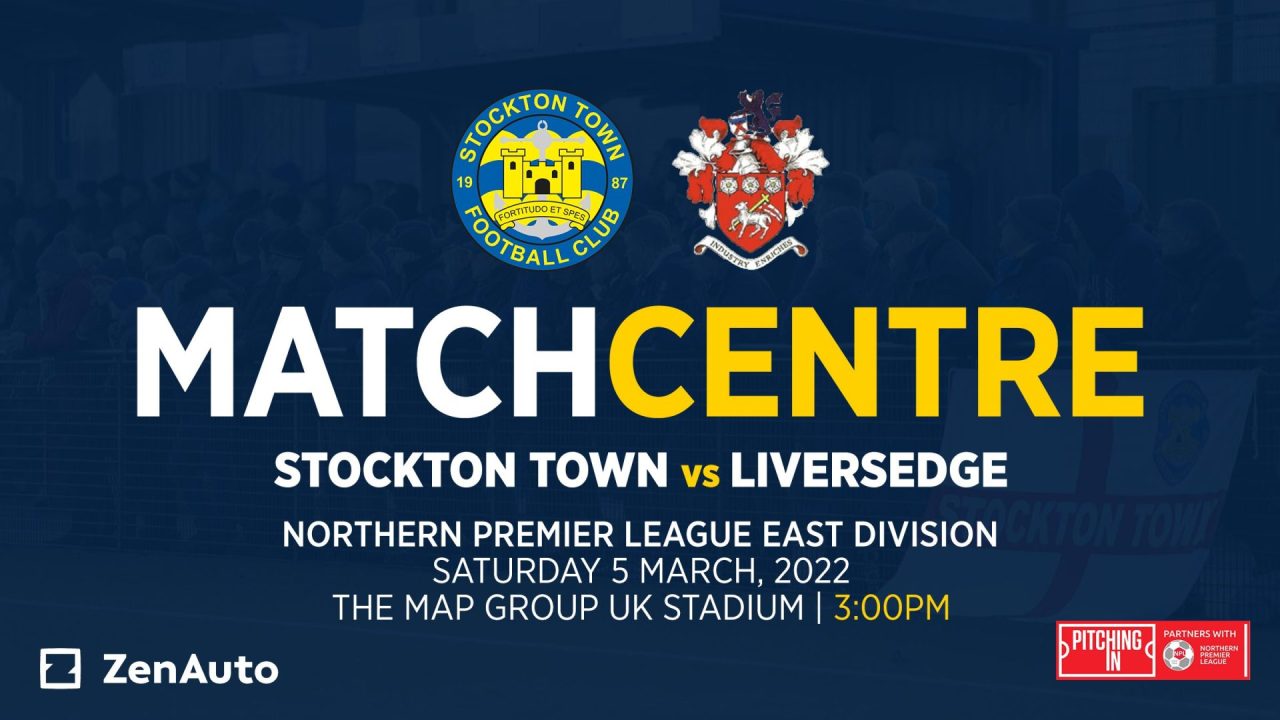 Stockton Town face one of their biggest tests of the season when they host title-chasing Liversedge on Saturday afternoon.

The Anchors are looking to get back to winning ways in the league, having last tasted victory on February 5th when they beat Yorkshire Amateur 5-2 away from home.

It is stark contrast to the form Stockton were showing when the original fixture was scheduled to be played. At the point, they were third in the table and were aiming to make it 10 wins in a row.

This time they are looking to avoid a fourth-straight game without a win for the first time this season.

A win would be huge with the potential to further consolidate their place in the play-offs and move away from the chasing pack below them.

The two sides have met just twice before in competitive action, with one win apiece on their records.

Liversedge are second and a point behind league-leaders Marske United, but they do have a game in hand.

Last time out they made short work of play-off hopefuls Cleethorpes Town with a 5-0 win at Clayborn.

Lewis Whitham, who was signed from Stocksbridge Park Steels earlier in the campaign, managed to bag a brace.

It was a result that was very much in keeping with the way Liversedge have been this season. Their goal difference is a phenomenal +59. They have scored 76 goals – only bettered by Marske – and have conceded just 17, which is the best in the division.

Those goals have been shared out among the forwards. Top goalscorer Nick Walker has 13 goals to his name while Ben Atkinson and Oliver Fearon have 12 each.

Speaking to Liversedge’s YouTube Channel, midfielder Jack Stockdill said: “We have just got to back ourselves now.

“It is two months of doing whatever we can to win the league. We have got nothing to fear. We have got this far now and we just have to back ourselves to win there.

“We know it is going to be a difficult test. Stockton are a good footballing side and if they want to play we will play with them and we will have at them.”

Speaking after the draw with Sheffield FC, Assistant Manager JD Briggs said: “It is going to be a hard game and motivate yourself on the back of two defeats and a draw. When you have won ten in a row it is easy to do that really.

“They are a good team. Liversedge are a very good team but as I have said before so are we. They have got to come to us and get something out of this ground which is going to be difficult for them.

“I fancy usually when we are not doing so well at some point we do turn around quite quickly and it gives us a lift because we don’t like to have that feeling.”