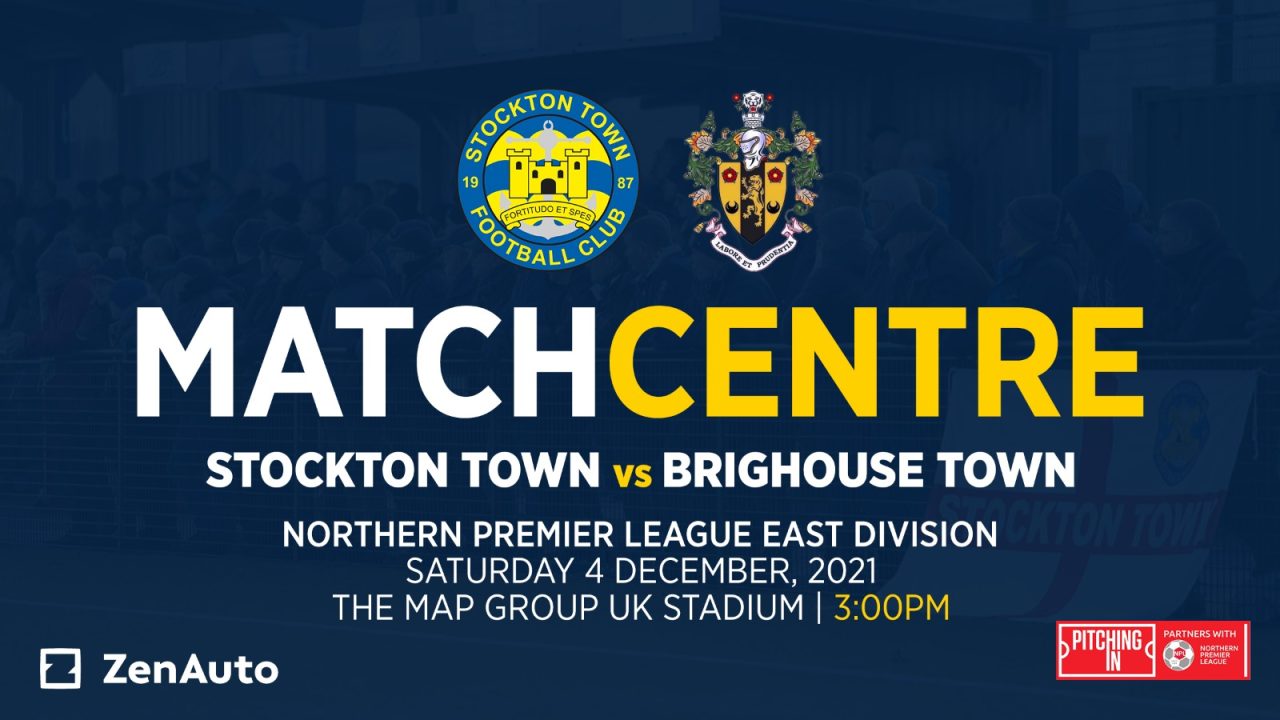 The Anchors have not been in action for two weeks after their trip to Pontefract Collieries was postponed due to a waterlogged pitch, as the NPL East programme was disrupted by Storm Arwen.

Michael Dunwell has added a new name to the Stockton squad this week, midfielder Liam Cooke signed from Whitby Town to strengthen the Manager’s pack ahead of a crucial spell in the campaign.

Last time out, youngster Alfie Conway scored his second goal in successive matches and Mikey Roberts his sixth goal in as many games as the Anchors thrashed Tadcaster Albion 4-0 for their biggest home win of the season so far.

The fixture against Brighouse represents the start of a busy month for the Anchors. Following this game, Stockton face league games against Hebburn Town, Stocksbridge Park Steels and Marske United to close out an unforgettable 2021.

This is the first ever meeting between Stockton Town and Brighouse Town.

Town were 3-0 up against Yorkshire Amateur in their last game before a floodlight failure caused their fixture to be abandoned after 63 minutes of play.

In their last completed match, Harrison Beeden scored a 90th minute equaliser to rescue Brighouse a point against Lincoln United at Ashby Avenue.

The dangerman to watch out for is top scorer Laurence Sorhaindo. The forward has netted eight times so far this campaign, including a first half double at Hebburn Town in October.

Stockton Town returned to winning ways last time out with a convincing win against Tadcaster Albion, and manager Michael Dunwell says the team are looking take that performance into today’s game.

He said: “We’re going into this one full of confidence after the last result. We’re obviously disappointed we couldn’t follow that up with a game last weekend to gain a bit of momentum, but we’re going into it positive.

“We’re just two points outside the top five with 15 games played, we aren’t in a bad position at all. We’re hoping to go on a bit of a run after the last result.”