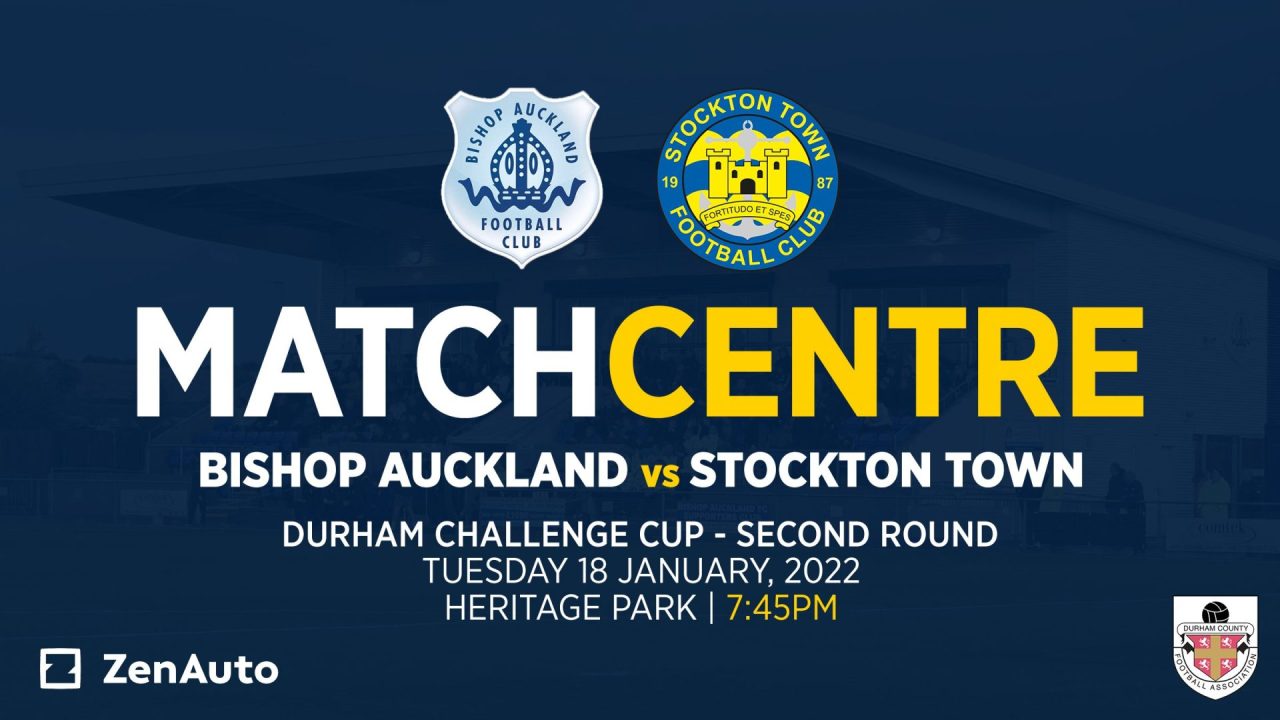 Stockton Town make the short trip across County Durham to take on Ebac Northern League Division One side Bishop Auckland in the second round of the Durham Challenge Cup.

Last time out, striker Jamie Owens notched his 100th Stockton goal in his 177th appearance for the club, to help move the Anchors up to third in the Northern Premier League East Division with a 3-1 win against Lincoln United.

The victory was Stockton’s ninth in succession in all competitions, the run dating back to the 4-0 triumph over Tadcaster Albion in late November.

In the previous round of the competition, Michael Dunwell’s side knocked divisional rivals Hebburn Town out of the Challenge Cup, with Adam Nicholson and Jonathan Franks scoring inside the first 20 minutes of the game to see the Anchors through.

The two sides met in this very competition just over two years ago, with Stockton emerging convincing 7-0 winners at Heritage Park.

Stockton Town and Bishop Auckland have met eight times in all competitions to date, with the Anchors triumphing in five of those fixtures. Here are the results from the last five meetings between the two sides:

Bishop Auckland are one of the most famous names in the history of non-league football, having won the FA Amateur Cup, the precursor to the FA Vase, a record 10 times and reached the final on eight other occasions.

The Two Blues currently sit 19th in the Northern League Division One with 19 points from 23 games, just a point behind Penrith and Billingham Town with a game in hand.

The 19-time Northern League champions have won two of their last five league matches to move off the basement of Division One, but have played just one match in nearly five weeks due to a combination of postponements.

Bishops defeated Gateshead Rutherford 4-0 and Seaham Red Star 1-0 to reach this stage of the Durham Challenge Cup, Matthew Waters scoring the only goal to edge past the Wearside outfit.

There are a couple of names in the Bishop Auckland squad which will be familiar to Anchors supporters, in the form of Jamie Poole and Sonni Coleman.

“We’ll make a few changes but we will still have a strong squad out whoever we play. We go there to try and win the game and get through to the next round.

“There’ll be two or three changes but not as many as in the last round against Hebburn.”