Stockton Town are thrilled that 1st Team Manager Michael Dunwell and his assistant JD Briggs have agreed to extend their stay at the MAP Group UK Stadium. After the huge disappointment of last season this is a huge boost for the Club. Michael took over 7 years ago when the Club was a lot different to the one we have now and  it is without question the important role Michael and JD have played in this remarkable progress.

Speaking after announcing the news Club Chairman Martin Hillerby said, “our supporters may look first and foremost at the players that come through the door to strengthen us but the team behind the team is just as important and there is no doubt in my mind that Michael is key in that. Michael came to the Club in the Wearside League days and himself and JD stuck with the Club and stood alongside myself when we couldn’t take promotion. They have had opportunities in the past to move on but the fact that they are still here says all we need to know about them as people and the confidence we have in them to help guide our Club.”

Michael said after agreeing his stay said “I’m delighted to extend my time at Stockton… looking at my time over the last 7 years we have grown so much both on and off the field and have had great success. With promotions and who can forget our trip to Wembley. After speaking to Marty, he outlined the clubs plans for the future. We both want to see the club progress through the pyramid and after last season’s disappointment, this has made us want it even more. It was a no brainer when he asked me to stay longer. I look forward to further success with my management team, playing squad and the club as a whole.”

Another reason for our supporters to look forward with optimism to the new season, playing squad strengthened, management team in place, record season card sales and sponsors confirming their continued support. #UTA 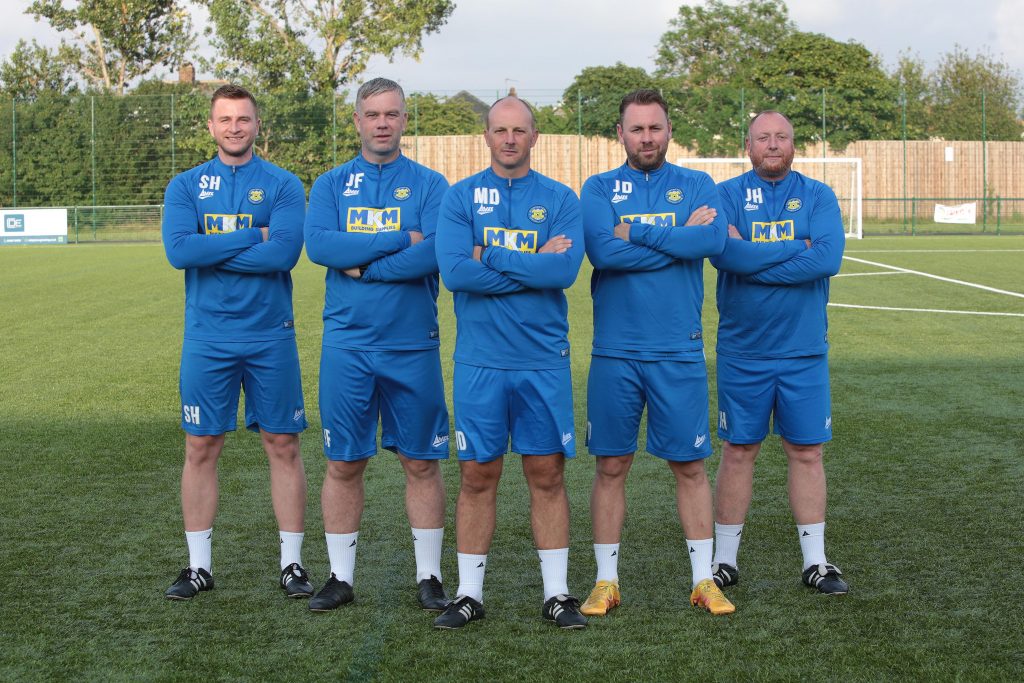