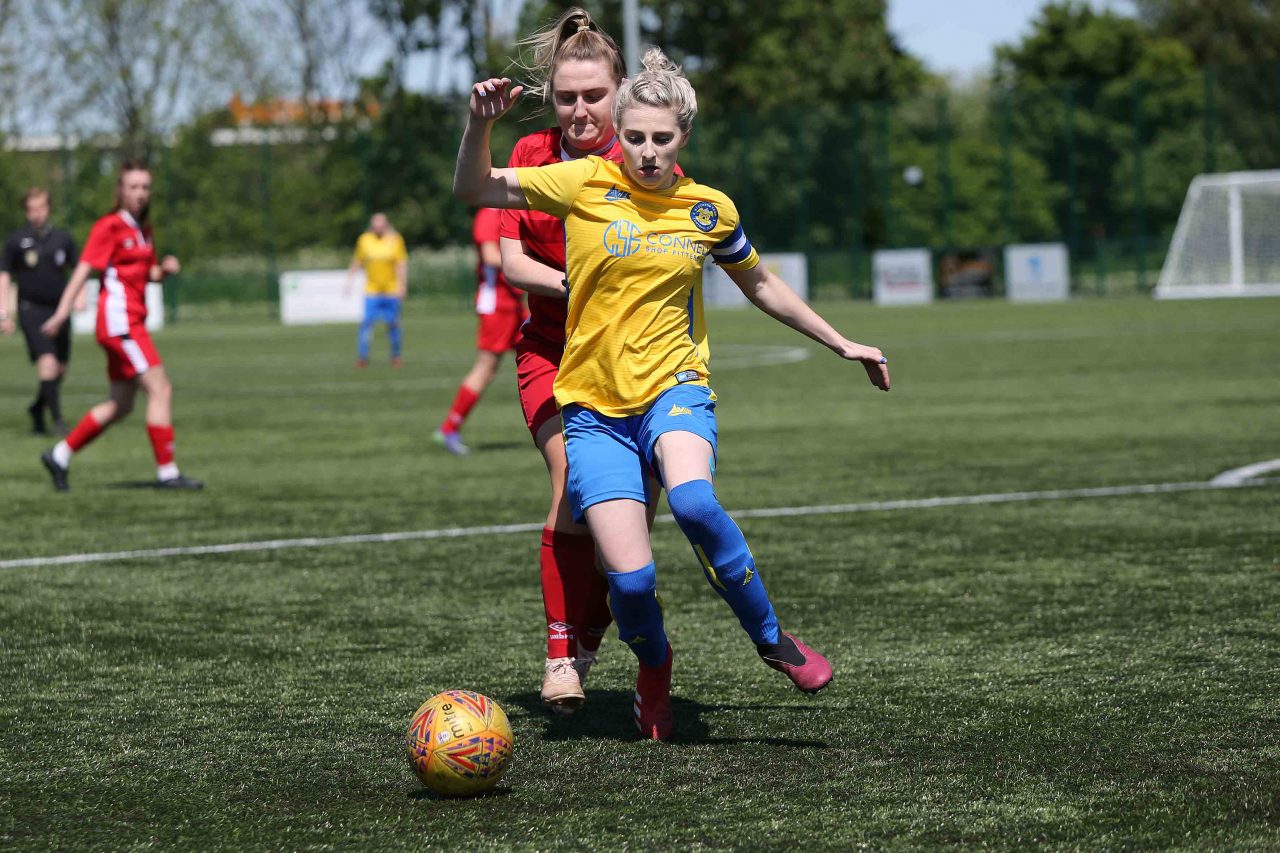 Johnson, who signed for the Anchors at the start of the season, rounded off a successful campaign with two goals during the 7-0 win against East Durham Blue Belles at the weekend.

The Ladies went into the game on Sunday knowing a win would secure promotion, and an emphatic display in front of a home crowd got them over the line – something which Johnson thinks was thoroughly deserved.

“I’m absolutely buzzing,” the striker said. “All of the hard work that all of the girls have put in, it was good to be able to get promotion this season in our first season altogether.

“It’s a massive achievement for this team. Especially when at the beginning of the season we didn’t have the best of starts.

“Dave (Critchlow) come in and took over, and the coaching he has done has been massive for us. The past few weeks we’ve worked so hard and it’s paid off with promotion.”

After a difficult start to the season, which saw the Ladies pick up four points from their first four games, their form turned around with a 5-1 win against Bishop Auckland.

That was the start of an eight-game winning streak for the Anchors, in which they scored 61 goals and conceded just seven along the way – form which saw the team climb up to second and secure promotion.

Johnson herself played a pivotal role in the Ladies’ success on the pitch, leading by example with 21 goals and five assists from the 12 games she played.

Discussing the elation the team felt after promotion was confirmed, the 25-year-old striker admitted the feeling of being able to play and celebrate with fans in the ground was “brilliant to experience”.

Johnson added: “As soon as we come off the pitch after the game, champagne was sprayed and we were all buzzing, the atmosphere was brilliant to experience.

“It was great for everyone to be able to have that moment altogether, with the players, coaches and also the fans.

“It was great to have the fans back. If we had a chance, or when we scored, you could hear the people cheer and get behind us and that’s a big thing when you’re playing.

“It was good to have that because the majority of this season, it’s been played without fans, and we’ve missed that – having other people cheer for you.

“The last few games have been huge for the team, as we were aiming for promotion, and to have the fans back and behind us for those games made a difference and it was so much better.”

Stockton Town Ladies will be competing at a higher level for the first time in their short history, and will play in the DCFA Women’s Division One for the 2021/22 season.