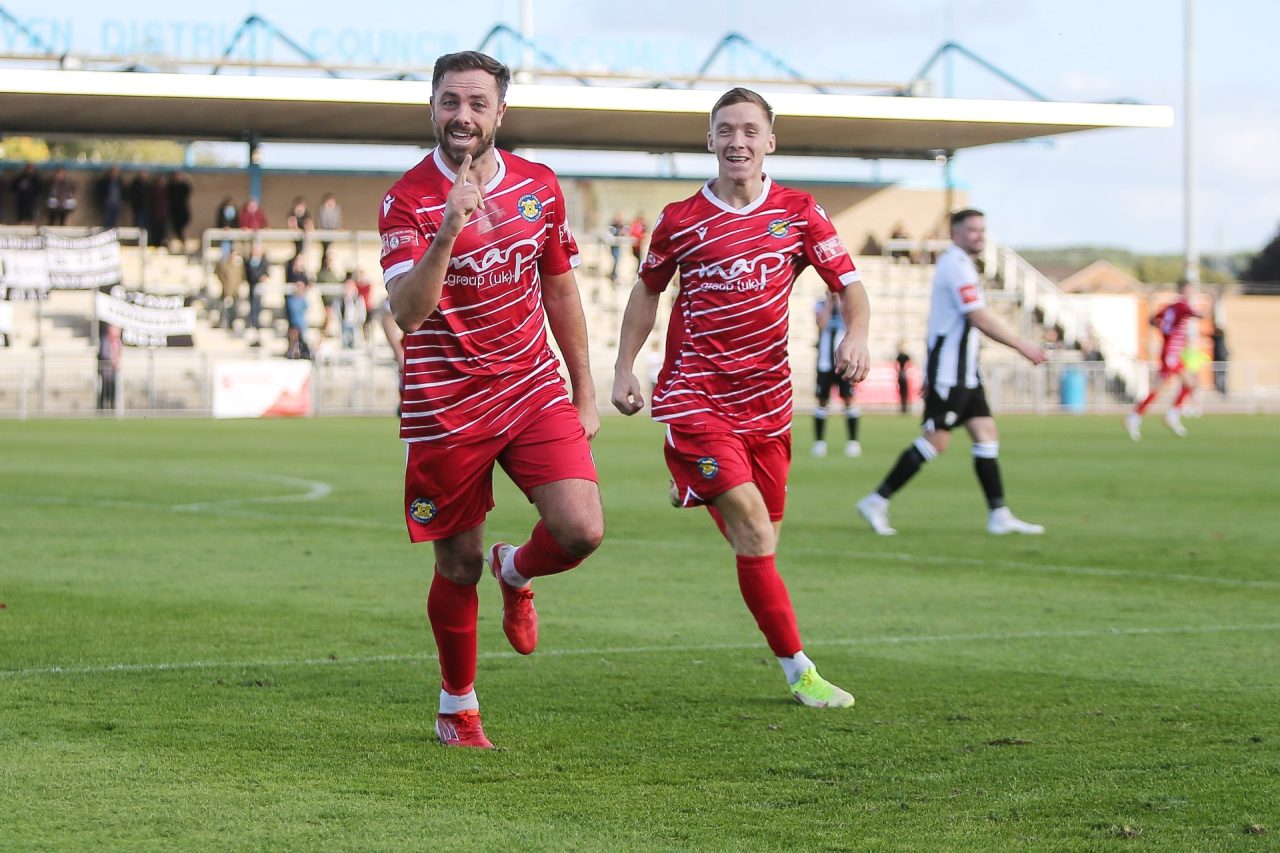 Stockton Town continued their unbeaten start to the league season after they came from behind to draw at Grantham Town.

Charlie Jemson headed the hosts into the lead before Nathan Mulligan levelled for the Anchors with a delightful chest and finish.

Stockton could have taken all three points but Stephen Thompson had a penalty saved.

It was homecoming for the Grantham team who were back their home ground for the first time in over a month. Ravenous crows were the culprits as their pitch was torn up- rendering them unable to host fixtures.

Stockton came into the game after a dramatic 2-1 win at Lincoln United which had extended their winning run to eight games. Adam Nicholson who scored the late winner in that game enjoyed a milestone against Grantham as he made his 450th appearance for the club.

The first half saw few chances for either side with both sides struggling to muster up much offensively. The best chance for the Anchors came when Kevin Hayes got down the right wing before he sent a cross in for Mikey Roberts who glanced his header wide.

Grantham were most dangerous from corners. Jemson headed wide at the back post from a right wing corner. Then shortly before halftime a Grantham defender headed a corner delivery towards goal but it was cleared away by Adam Nicholson.

Just before the hour mark, Grantham opened the scoring when Jemson rose highest to meet a delivery from Matt Tootle.

Stockton demonstrated their strong character again when they levelled not long after. A delightful cross from Lewis King reached Mulligan who chested the ball down before he finished emphatically.

Grantham almost regained the lead when Dan Cocks worked himself some space before he stuck wide.

Stockton had a huge opportunity to take the game when they were awarded a penalty after M.Roberts was felled in the area. Stephen Thompson took the spot kick but his effort was well saved by Dan Haystead.

Another chance came for the Anchors when they given a free-kick on the edge of the area. Mulligan narrowly missed the target as it was deflected wide.

The game saw a debut for Tyron Dhliwayo who was promoted to the first team following his impressive four goal haul in the FA Youth Cup win over Morpeth Town .

The draw means Stockton Town’s winning run is but they remain unbeaten and four points clear at the top of the Northern Premier League East Division.