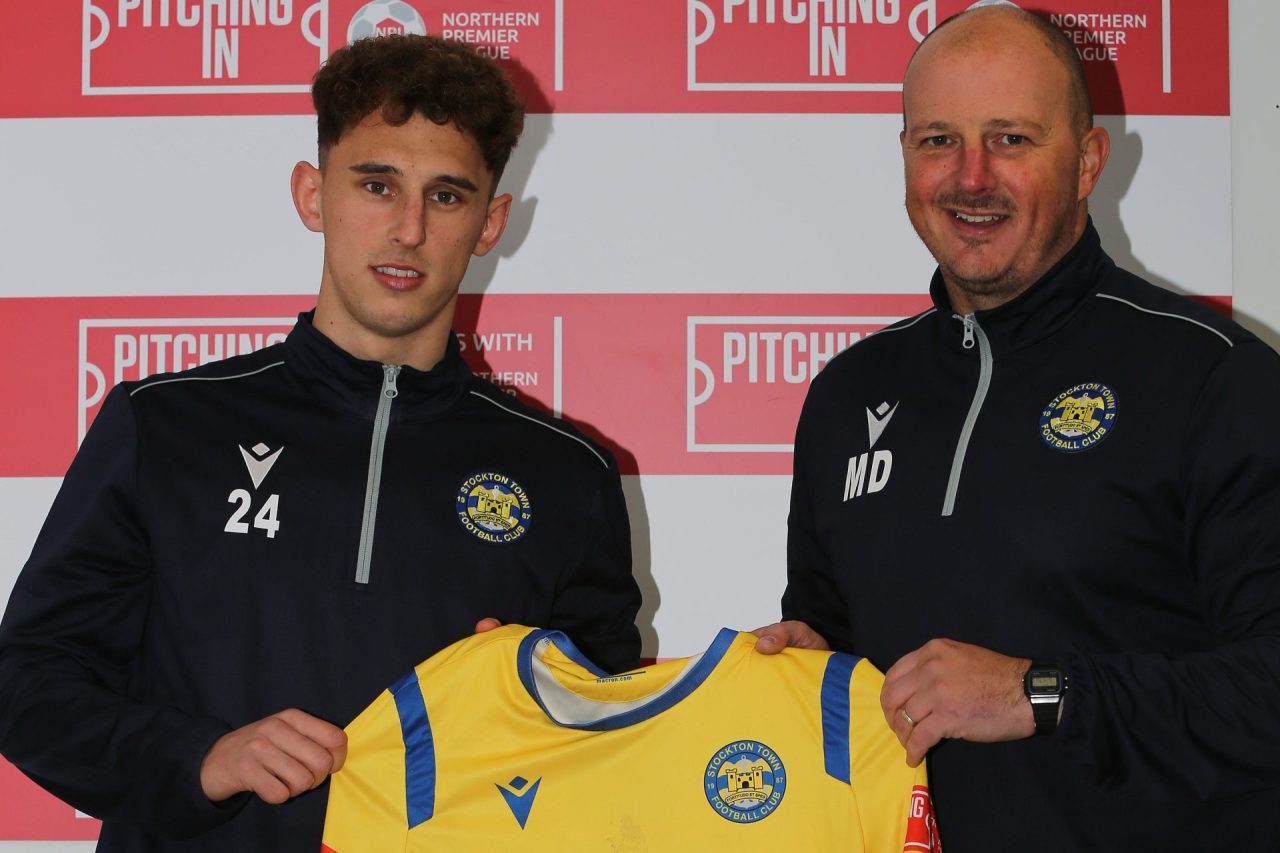 The 22-year-old joins the Anchors on a permanent deal and strengthens the midfield unit ahead of a pivotal period of the season for Michael Dunwell’s side.

The Anchors bolstered their squad ahead of their debut campaign in the Northern Premier League East Division with six signings in the summer.

The addition of Cooke, a player who started his career with Middlesbrough, will give Stockton another option in the final third going into the second half of the 2021/22 campaign.

“I’m buzzing”, he said. “The setup is great, I spoke to the gaffer and he gave me a good review (of the club).

“I’ve got a great first impression and I knew a couple of the lads already, so I’m happy to be here and excited to get going.

Cooke joined the Seasiders in the summer of 2019 on a dual registration with Thornaby and has gone on to make 37 appearances for Whitby, scoring three times.

The midfielder has made the move down to Step 4, but says he has joined the Anchors to make that step up with the team in the future.

He said: “From when they were in the Northern League, I played there myself and lost a couple of times.

“It was a hard place to come. The club is well ran, I know that, and I believe it’s set up to hopefully take that step forward in the future.”

He started out his career in Middlesbrough’s academy and has featured in the Under-18 Premier League for Boro.

The 22-year-old became a regular under the joint management team of Lee Bullock and Nathan Haslam in the 2020/21 season, scoring his first competitive goal for the club in a 3-3 draw with Radcliffe Borough in October 2020.

Cooke had made 24 appearances for Whitby this campaign, scoring twice; the winner against Hyde United and the second goal in a 3-0 victory over local rivals Scarborough Athletic.

The midfielder has faced Dunwell’s men once before, scoring a consolation goal as Stockton beat Whitby 2-1 in a pre-season friendly ahead of the 2020/21 campaign.

Stockton Town return to action on Saturday afternoon as they play host to Brighouse Town at The MAP Group UK Stadium.