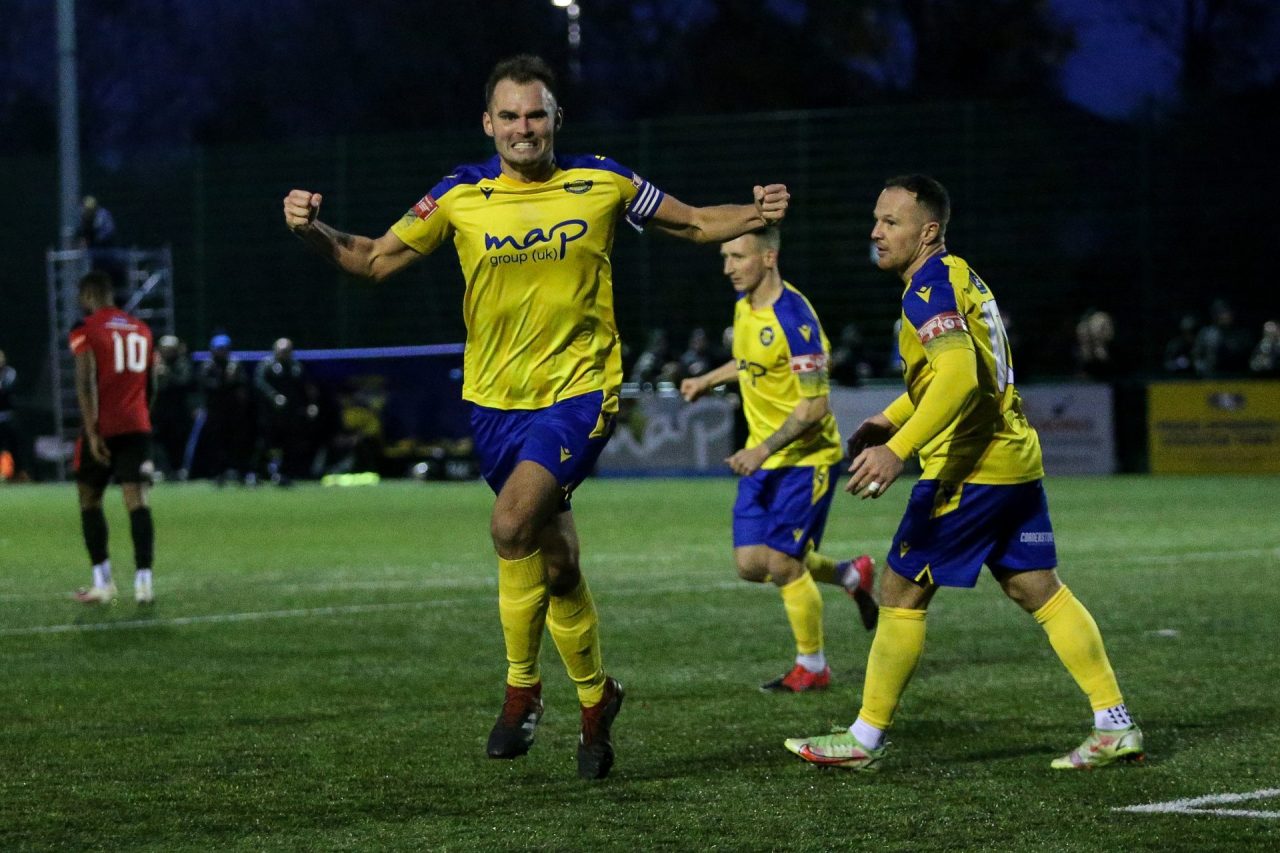 Stockton Town hit Sheffield FC for six thanks to a ruthless second half performance.

The Anchors made a fast start as Liam Cooke netted in the opening minute.

Elliott Beddow then scored to give them a comfortable 2-0 lead at halftime.

In the second half, Stockton clocked up four further goals with Adam Nicholson, Stephen Thompson, Mikey Roberts and Kevin Hayes all on the scoresheet.

Michael Dunwell named two changes in his starting XI with new loan signing Patrick Boyes coming in to replace Lewis McDonald in goal and Elliott Beddow up front in place of Matty Tymon.

They were aiming for a fifth successive win after winning 2-0 at Tadcaster Albion last Saturday.

Sheffield FC came into the game after drawing their previous two games.

The Anchors started on the front foot from the very start and had the opening goal within the first minute when Liam Cooke proved decisive in a scramble following Elliott Beddow’s cutback.

Sheffield FC felt aggrieved that Tom Portas remained on the pitch after he was forced to bring down a Sheffield player that was bearing down on goal. Dan McWilliams had been fouled shortly before but the referee had played the advantage despite Stockton losing the ball.

Shortly after the half hour mark Lewis King forced a strong save out of Sheffield goalkeeper Jordan Pierrepont after he was released by Glen Butterworth.

From the resulting corner, Stockton had their second when Beddow finished on the volley from a ball clipped into him.

In stoppage time at the end of the half Stockton Town won a freekick which Hayes almost caught out Pierrepont with a low drive.

On the hour mark, Butterworth disguised a pass to substitute M.Roberts who hit the base of the post.

Stockton Town added a third when Captain Nicholson got his third in as many games with a header from Butterworth’s corner from the left.

The Anchors had everything going their way and they had a fourth when Thompson profited from some lax defending. He beat the offside trap before he jinked past Pierrepont and finished into an empty net.

Four minutes later, Stockton produced the goal of the game with a tremendous team goal which ended in M.Roberts finishing from Nathan Mulligan’s knock down from a great cross by McWilliams.

Stockton then had two big chances for a sixth as Hayes whipped a ball across which was cleared away on the goalline. Then Thompson headed over from close range when he connected with cross from Hayes.

Hayes eventually did get himself on the act with the sixth as his low drive from outside the box squirmed under Pierrepont.

It was victory that equalled Stockton Town’s biggest ever in the Northern Premier League after last season’s 6-0 win at Pickering Town.

The Anchors are now on their travels for the next two games- first to Sunderland RCA in the Durham Challenge Cup on Tuesday night and then to Grimsby Borough in the league next Saturday.