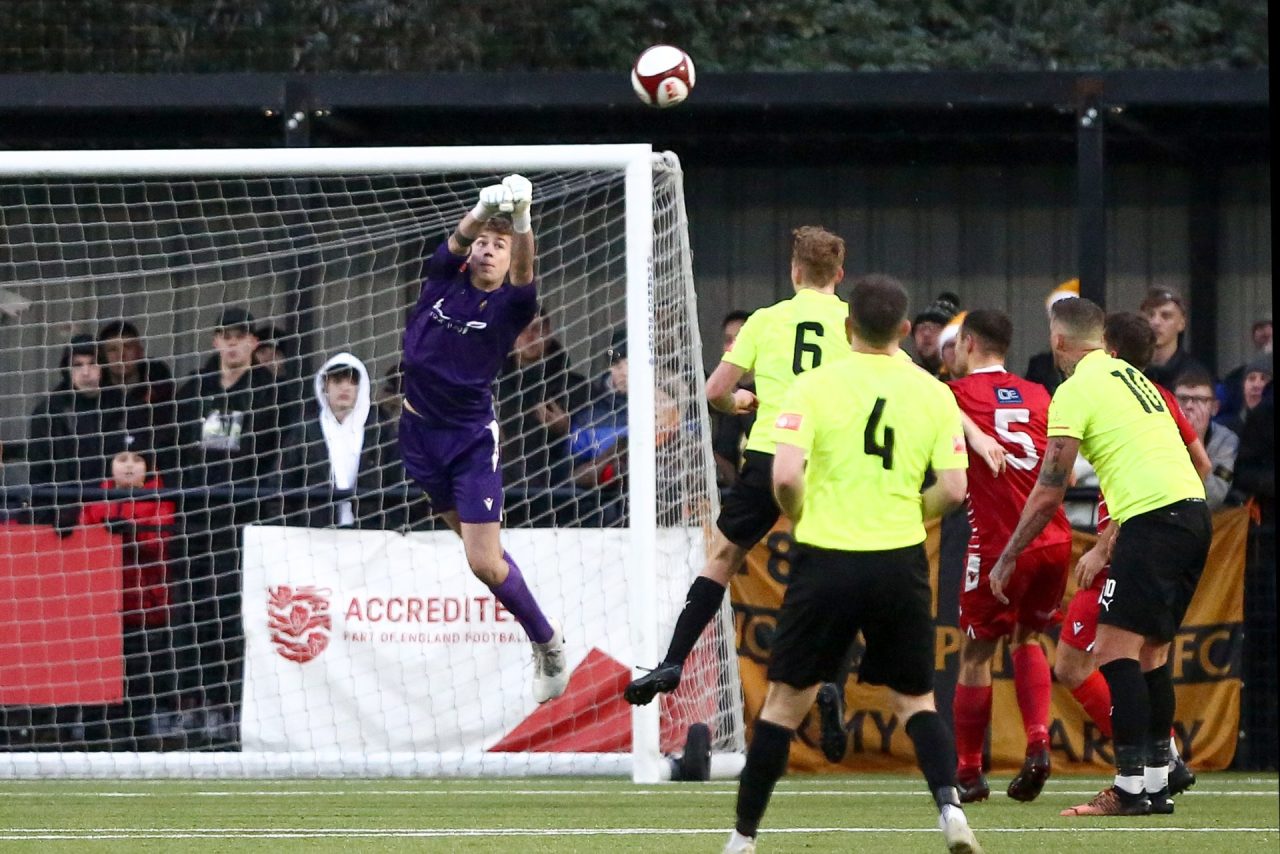 Liam Hughes made amends for his earlier penalty miss with a late goal to give Worksop all three points in the top of the table clash.

Hughes scored the winner for Worksop in the 77th minute, when a cross seemed to evade the intended man, but Hughes sneaked in front of his marker to power a shot into the top corner.

Only 13 minutes earlier, Hughes had a weak penalty saved by Patrick Boyes after Lewis King fouled Luke Hall in the area.

The Anchors made one change coming into the game after the defeat against Long Eaton United two weeks ago, with Cameron Painter coming in for Elliott Beddow.

The game started very end to end, as expected from the two highest goal scorers in the league, and both sides had some chances early on.

The first big opportunity of the game came in the 22nd minute when a Worksop corner was met by striker Liam Hughes, who powered a header towards goal, which was met with an athletic tip over the bar from Patrick Boyes.

Worksop kept the pressure on and came extremely close to taking the lead when another header from Hughes was cleared off the line by Lewis King, stopping a certain goal.

The two sides went into the half time break with the game scoreless.

Worksop started the second half the better side, but Stockton did well to keep them out. Both team’s defence’s were doing a stellar job.

Stockton’s best chance of the game came in the 64th minute when Kevin Hayes tried to poke a cross into the box which was awkwardly deflected but Malkowski did enough to knock the ball away from danger.

Straight down the other end, Worksop were awarded a penalty after Lewis King fouled Luke Hall in the area, after the Worksop substitute was darting dangerously towards goal.

Liam Hughes, the Northern Premier League East’s top scorer, stepped up but tapped the ball straight into the diving Patrick Boyes, who did well to guess the direction and push it away from any possible rebounders.

However 12 minutes later, Hughes got his goal, firing a cross from Luke Hall into the top corner of the goal for his 16th goal of the season.

Both teams were still pushing for goals at the end of the game, and Patrick Boyes had to make two top drawer saves late on to keep the Anchors in it.

But Stockton couldn’t find the equaliser and Worksop secured their 17th consecutive league victory, which puts them 11 points clear at the top or the league.

Stockton now look forward to the busy Christmas period, starting with a home tie against Dunston on Wednesday night in the Durham Challenge Cup, followed by a visit from Consett in the league on Boxing Day.