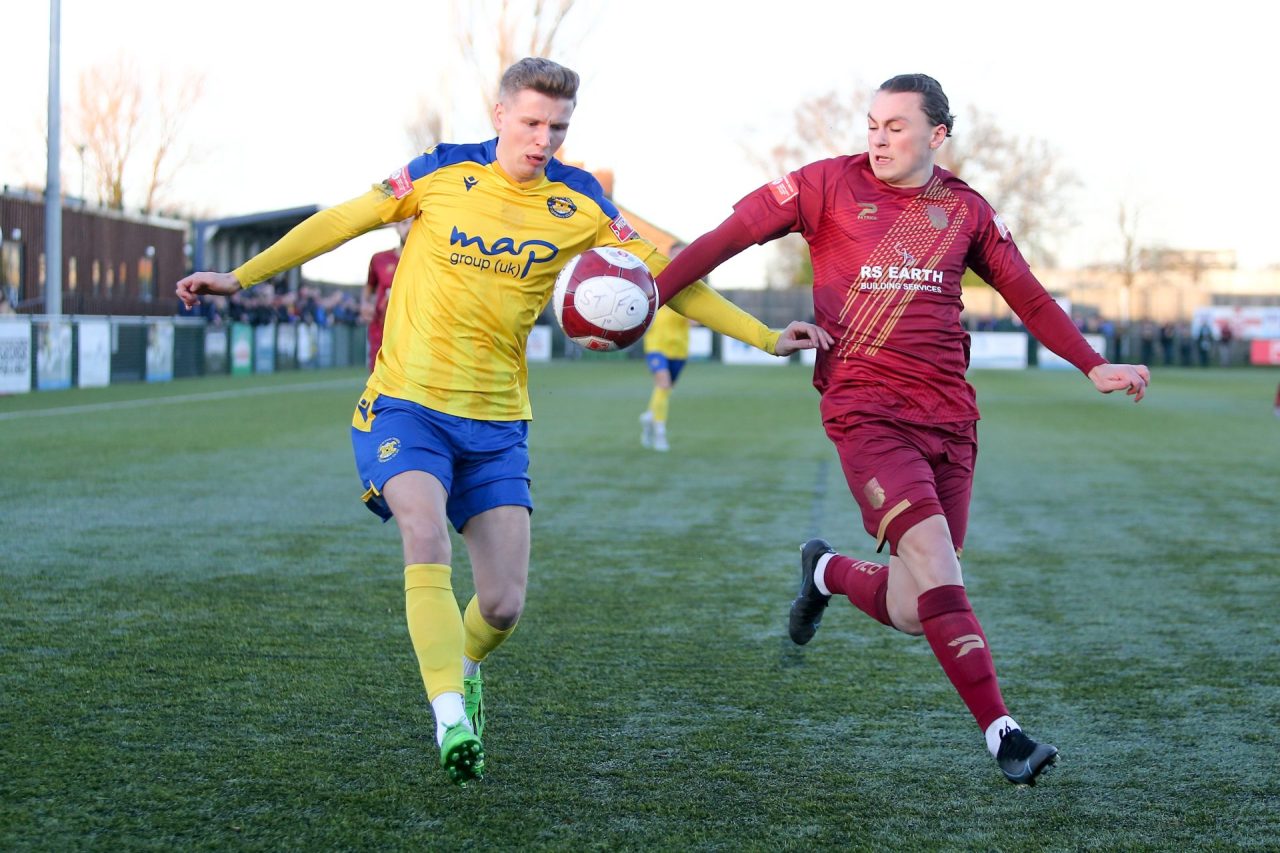 Stockton Town and Ossett United both ended with ten-men as they shared the spoils at the MAP Group UK Stadium.

The Anchors were reduced to ten men when Stephen Thompson saw red for going into a challenge with Ossett goalkeeper Ed Hall.

The teams were evened up shortly before the hour mark when Danny South was shown red for an elbow on Elliott Beddow.

The visitors would take home a point though when Alex Peterson scored from close range.

Michael Dunwell named one change to the side that beat Shildon 3-0 with Tom Portas restored to the starting line-up for Nathan Mulligan.

The best chance of the first half hour came when Dan McWilliams and Glen Butterworth connected well before the former drilled a low cross in that Thompson was just unable to connect with.

The Anchors were reduced to ten men when Thompson saw red after he attempted to tuck home a deflected striker from Sam Hodgson.

Both sides went into the half level when Hodgson’s curling effort was comfortably denied by Hall.

In the 58th minute Ossett were also down to ten men when South saw red for a flailing elbow on Beddow.

Stockton took the lead when a perfect ball over the top found Lewis King who played it into Hayes who fired into the bottom corner.

Eight minutes later the Anchors should have had a second when Beddow rounded Hall but his effort was cleared off the line by a covering Ossett defender Harry Coates.

From the resulting corner, Adam Nicholson saw his header cleared off the line by Coates again.

Stockton were made to rue those missed chances when Ossett equalised after Chris Dawson’s great ball in was converted by Peterson.

Stockton almost regained the lead but Butterworth’s effort from outside the area whistled narrowly over the bar.

Next up for Stockton Town is a trip to local rivals Hebburn Town next Saturday.